Important developments in the church and the world (as they appeared in our March issue).
CT Staff|February 20, 2018

A new division of the Department of Health and Human Services (HHS) will be dedicated to hearing complaints from health workers who face discrimination for refusing services that violate their religious beliefs. The new Conscience and Religious Freedom Division will enforce 25 conscience-rights protections, including new provisions under the Affordable Care Act that allow providers and insurers to decline abortions and assisted suicide. It’s important to remember that the change “can—and in all likelihood, will—be narrowed or reversed by a subsequent administration,” First Amendment expert John Inazu said. Still, the regulations “signal meaningful enforcement of existing protections for religious liberty.”

Bolivia: Evangelism outlawed along with terrorism—briefly

Evangelicals in Bolivia were “deeply worried” in January after their socialist government changed the penal code to outlaw recruiting people for religious purposes. “Whoever recruits, transports, deprives of freedom, or hosts people with the aim of recruiting them to take part in armed conflicts or religious or worship organizations will be penalized 5 to 12 years of imprisonment,” read a translation by Evangelical Focus. The code “is imprecise, ambiguous, badly written, contradictory, and its punitive power can constitute state abuse,” the National Association of Evangelicals in Bolivia stated. On their Sunday of prayer and fasting, President Evo Morales pledged to repeal the entire code and start over. 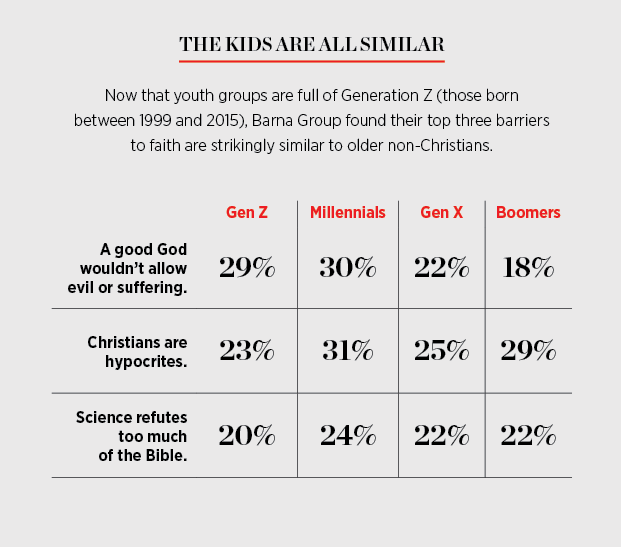 The Chicago youth minister who co-created the Awana program and served the organization for more than 70 years died in January. He was 99. Arthur Rorheim and his pastor started the weekly club in 1941, at a time when churches rarely offered children’s activities beyond Sunday school. Rorheim dreamed up curriculum handbooks, outreach events, an award system, uniforms, and the Game Square. He then led the organization as it grew to 47,000 churches from 100 denominations—gathering more than 3.7 million participants a week. “I know that I would never be where I am today if it hadn’t been for Art challenging me,” said Willow Creek Community Church senior pastor Bill Hybels, who came to faith at an Awana camp Rorheim led.

For the first time, the Church of England has convicted a priest of spiritual abuse. Timothy Davis met privately for hours with a teenage boy, mentoring him so intensely that the boy felt he couldn’t stop the sessions. A church tribunal found the vicar guilty of “conduct unbecoming to the office” through “the abuse of spiritual power and authority.” Meanwhile, an online survey found two-thirds of churchgoers in the United Kingdom felt they had experienced some form of spiritual abuse. But labeling abuse as spiritual sets up a false sacred/secular divide, Home for Good founding director Krish Kandiah told CT. “All abuse has an element of the spiritual,” he said. “It should not be given unique, special, or stand-alone status.”

The Mennonite Church USA (MC USA) has lost its biggest conference over its loosening stance on same-sex marriage. The departure of the Lancaster conference—with its 14,000 members—culls the MC USA by a sixth. The denomination still defines marriage as a covenant between a man and a woman, but it voted in 2015 to extend “grace, love, and forbearance” toward pastors and churches seeking different ways to “be faithful to our Lord Jesus Christ” on same-sex unions. Six of the 34 Lancaster churches joined the new conservative Evana network.

After Hurricane Harvey damaged their buildings, three Houston-area churches applied for disaster relief grants from the Federal Emergency Management Agency (FEMA). FEMA turned them down, reasoning that the separation of church and state kept them from eligibility. The churches sued, lost, and in early 2018 were awaiting appeals hearings when FEMA revised its policies to make churches eligible for federal assistance after a disaster. FEMA cited the Supreme Court’s Trinity Lutheran case from last summer in which the court decided that a church could not be deemed ineligible for a public benefit solely due to its religious nature.