They drove hundreds of thousands of Rohingya Muslims from their homeland from 2016 to 2017. Now many of the same Burmese troops that purged southwest Myanmar have moved north to another beleaguered religious and ethnic minority: the Christian Kachin.

Thousands of Kachin have been driven out of more than 50 villages as of June 2018, adding to a tally of more than 400 villages, 300 churches, and 100 schools destroyed or damaged by soldiers since 2011, according to the Kachin Independence Organization (KIO).

Fleeing their homes and villages has not always offered the Kachin security. Myanmar’s armed forces, the Tatmadaw, have cut off humanitarian aid for scores of camps for internally displaced people (IDPs) in areas controlled by the KIO’s armed wing, the KIA. Meanwhile, Baptist and Catholic churches have stepped up to host many of the camps.

About 130,000 Kachin are displaced in Kachin state and bordering Shan state, fleeing to IDP camps since the Southeast Asian nation’s civil war rekindled after a 17-year ceasefire.

But while the Tatmadaw’s scorched-earth warfare against the Rohingya has been reported on regularly by global news outlets, awareness of similar human rights violations—rape, torture, and murder—against the Kachin has yet to become widespread. A United Nations investigation in March noted that there were “marked similarities” between the violence against the Rohingya and the Kachin.

The eyes of the world turned briefly to the ethnic group during a visit to Myanmar by Pope Francis last fall, where he was welcomed by more than 7,000 Kachin. But since then many feel that the global body of Christ has ignored them.

“The Tatmadaw has forced villagers from their homes ... 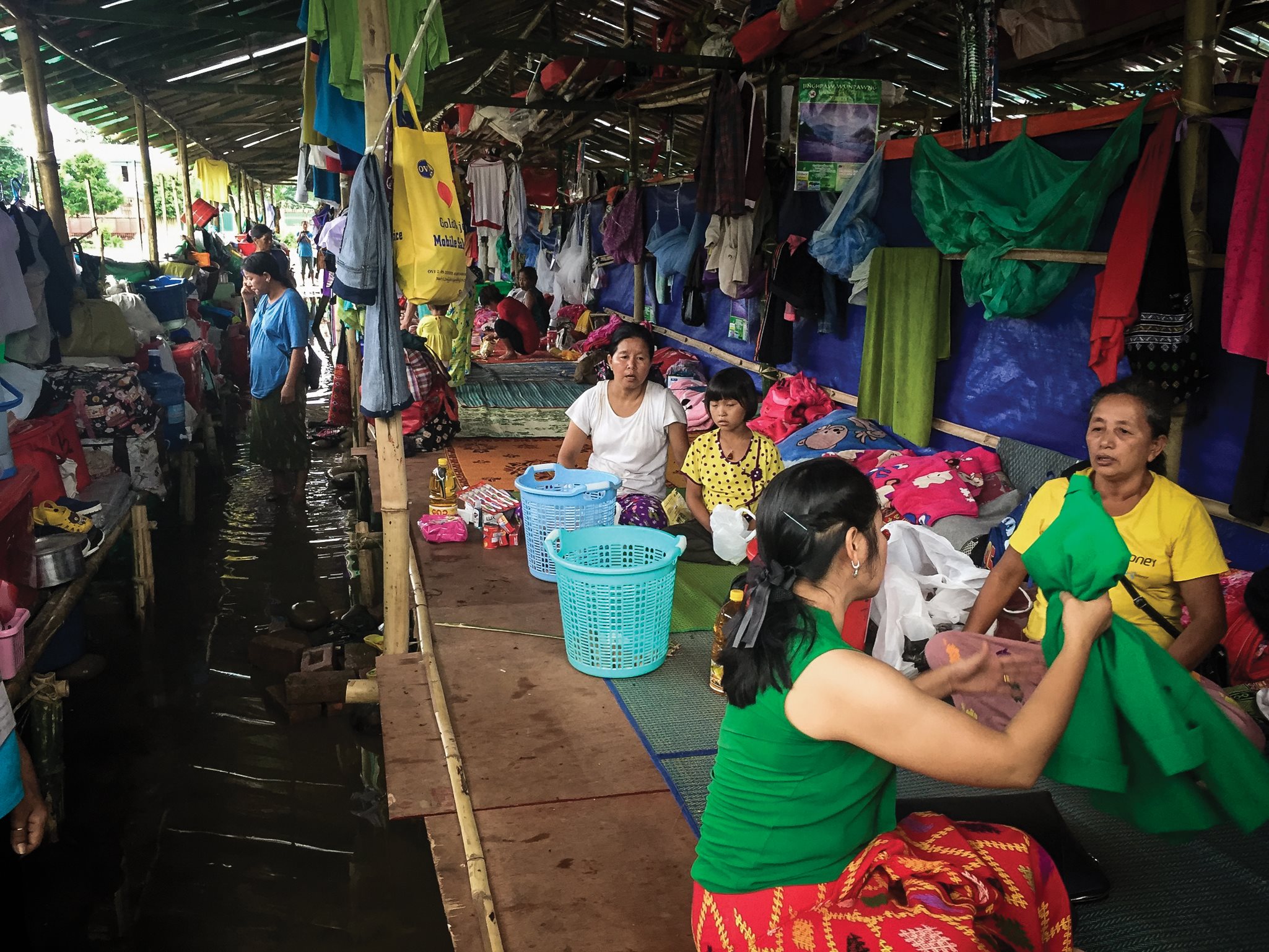