Matrimony rates are in decline, even among conservative Christians. Here’s what that means for the future.
Mark Regnerus|June 22, 2020
简体中文한국어繁體中文
Image: Illustration by Keith Negley

For Rachel, the educational phase of her life was about freedom and independence, not commitments. She met plenty of men in her 20s, but none of them was ready for a serious relationship. She doesn’t entirely blame them. “Men have gotten rightfully confused about what the heck women want,” she said, “and aren’t really sure how to date women.”

After moving to Austin, Rachel met her husband on the dating site OkCupid “because I’m cheap,” she said, laughing, “and it was free.” Her marriage preceded her conversion, yet the two events felt like a package deal. Before becoming a Christian, sex was less meaningful, cohabitation was defensible, and marriage was a piece of paper issued by the state. No longer. After coming to faith and joining a Southern Baptist church, she now believes that marriage is a covenant before God and a sacred relationship.

Even more than marriage, the arrival of children matured the love between Rachel and her husband. Starting a family felt natural and intuitive. But she’s convinced that her husband and many men like him view work, marriage, and family as something more practical and functional. “I think men are meant to be the providers,” Rachel said. “You know that’s kind of what they’re designed for.”

Although Rachel landed on her feet, the fact is that fewer and fewer men like her husband are opting into matrimony and family. According to a Census Bureau survey taken in 2018, only 35 percent of 25- to 34-year-old men were married, a precipitous and rapid plunge from 50 percent in 2005.

These numbers point toward a clear and frightening trajectory: Marriage is getting rarer. Fast. 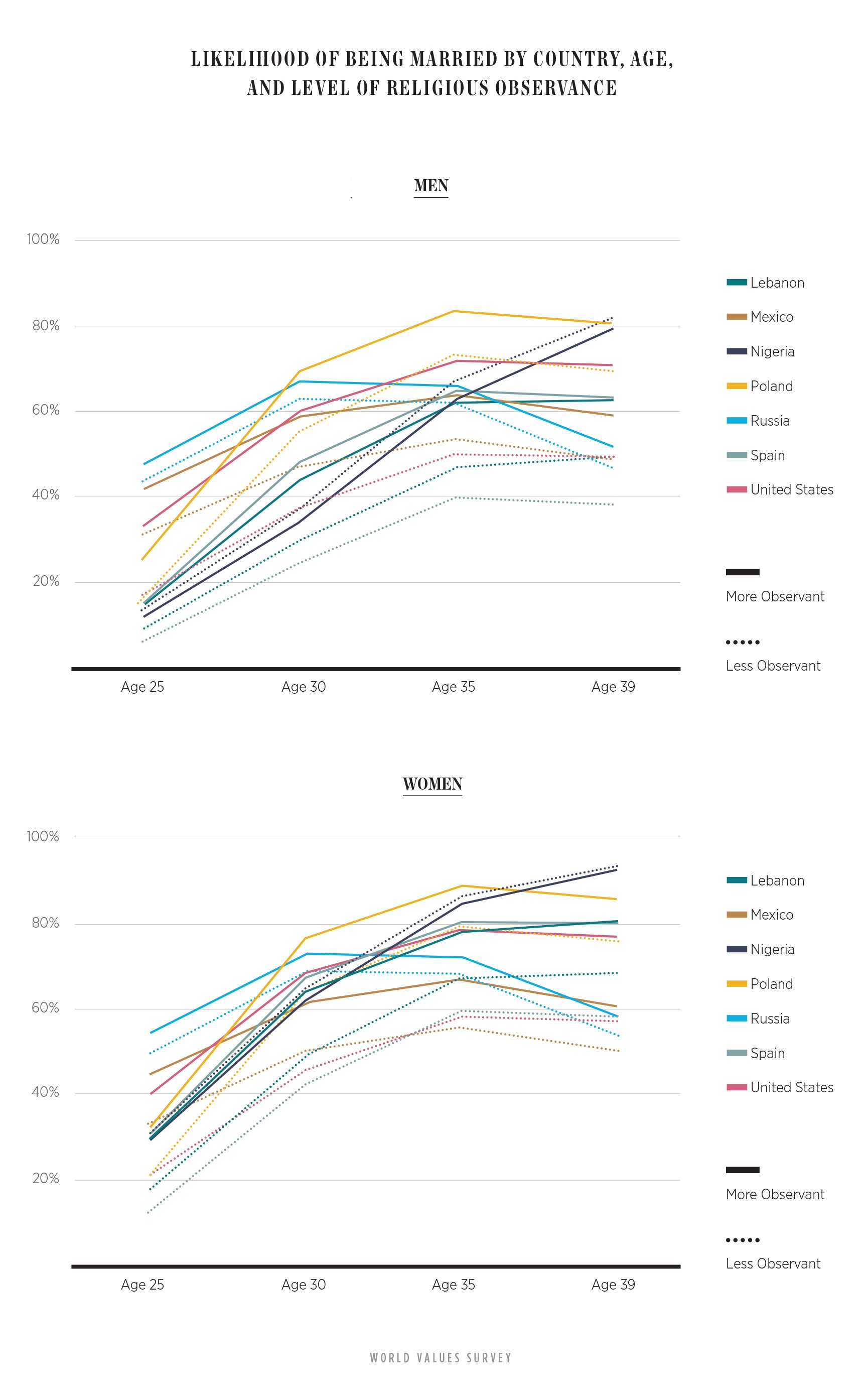