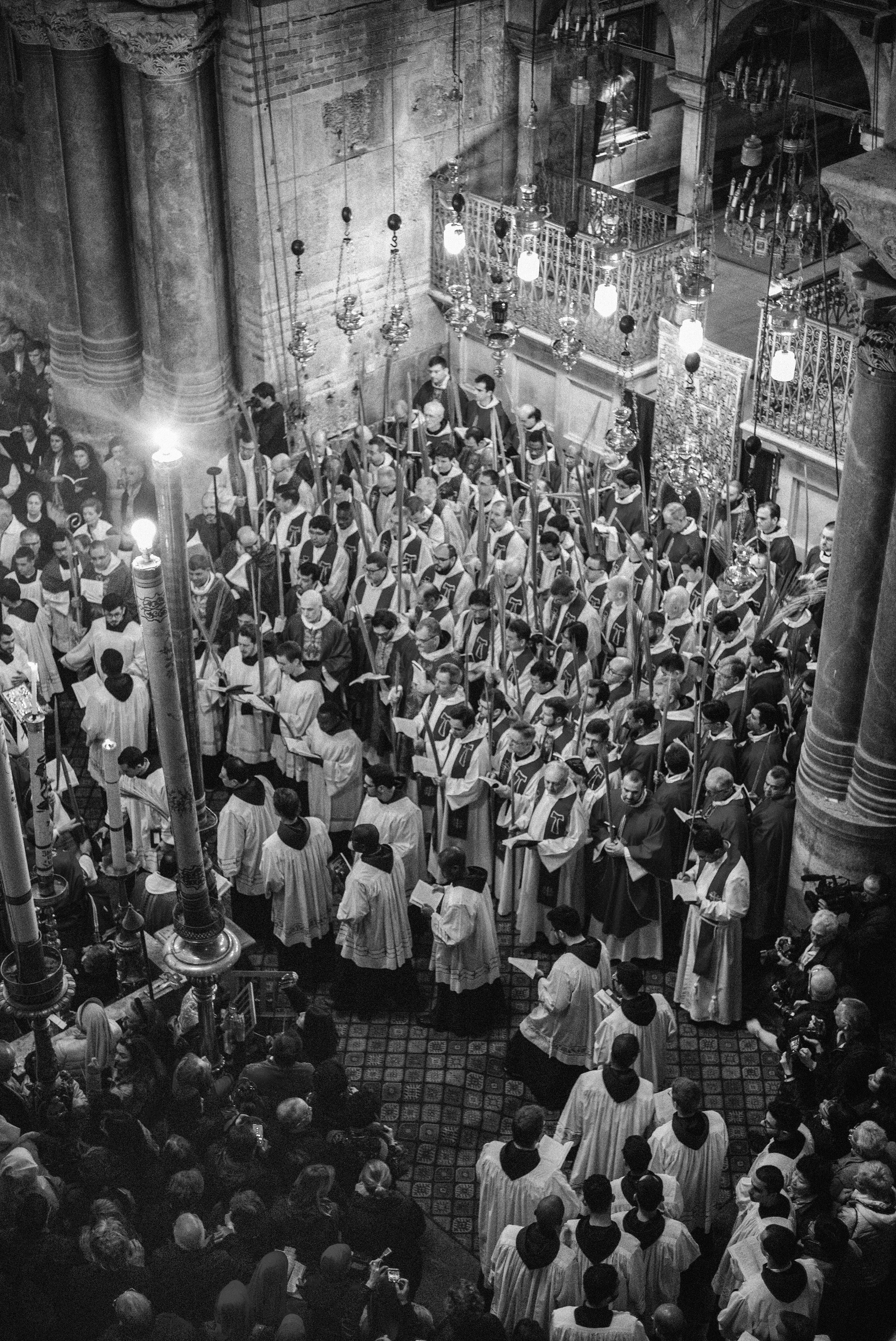 Israel leads most other nations in vaccinating against COVID-19. But foreign tourism to the Holy Land remains largely shut down, and Jerusalem this Easter will again be defined by much emptier streets, hotels, and restaurants than usual.

In the run-up to Holy Week last year, media producers released a slate of products to help homebound pilgrims experience the city virtually. Filmmakers debuted a documentary about the Church of the Holy Sepulchre, the traditional site of Jesus’ death, entombment, and resurrection. Museums and travel promoters released virtual reality tours of many of the spots on Christian visitors’ must-see lists.

Jerusalem, however, has always been more than a destination. It is an ancient city with a transcendent heartbeat, the cradle of Judaism and Christianity, the center of both interfaith and intra-faith conflicts. “It is a place,” says photographer Ofir Barak, “where kings, prophets, and pilgrims have all stood through the ages.”

For years, Barak has documented local worshipers through whom those deep roots run. His images here, taken between 2016 and 2020, were included in his self-published book Stones and Bones. They center on the people who have been discipled in the shadows of the Old City, even as believers from abroad mingle among them.

The local Orthodox, Catholic, and Protestant Christians steward strains of faith that predate jet travel. In ways that a 360-degree digital walkthrough cannot, Barak’s choice of black-and-white imagery challenges the presumptiveness of our passport-acquired experiences. As enlightening as real-life and even virtual visits can be, they are but temporal glimpses of eternal realities. —CT editors