A United States congressional committee is expected to approve the design for a Billy Graham statue this fall. The statue will stand at the Capitol in the National Statuary Hall (near founding fathers Samuel Adams and Roger Sherman), where each state legislature places two monuments to represent their achievements and ideals. Graham will stand for the best of North Carolina.

Graham is replacing former North Carolina Governor Charles Aycock, who played a key role in the white supremacist overthrow of the democratically elected government of Wilmington in 1898. He also pushed laws that kept Black people out of government and stopped them from voting, rolling back the protections of African American civil rights won in the Civil War. Aycock’s statue will be moved to his birthplace museum.

It has taken a while for North Carolina get the Graham monument offcially approved, according to Paul Coble and Garrett Dimond, from the Legislative Services Office of the state’s General Assembly. The process is fairly complicated, and the state-approved proposal had to be resubmitted in August, after the congressional committee was reconstituted following the 2020 election.

The state assembly has not heard significant complaints about removing Aycock, however, nor objections to honoring Graham, who died in 2018.

And not just beloved in North Carolina. When the statue goes up—perhaps in 2023—it will be the second raised to the man once called “America’s pastor” and will join more than a dozen other monuments to the late evangelist. While there is no official tally, Graham appears to be the ... 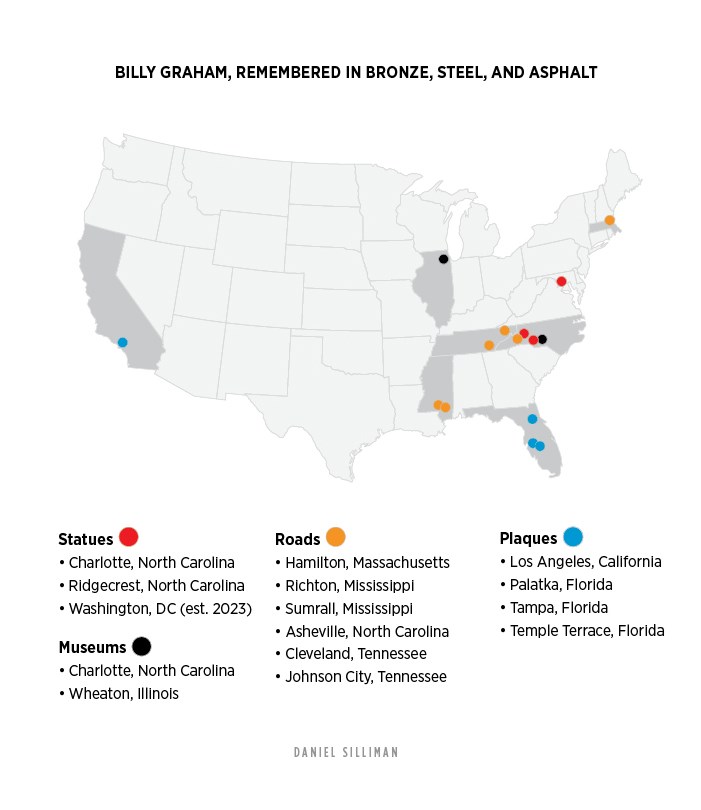