Only two Anderson University students have filed reports on sexual violence or harassment so far this year, according to Title IX coordinator Dianne King.

That number might seem encouraging, but King is actually worried about it. Just because someone doesn’t report something doesn’t mean it didn’t happen.

Anderson is a private liberal arts college affiliated with the South Carolina Baptist Convention. The school, like all colleges and universities that receive federal funding, is required to enforce Title IX, a federal civil rights law prohibiting sex-based discrimination. That includes tracking sexual violence and attempting to prevent it.

That’s a challenge for every college and university. And some Christian schools may inadvertently discourage reporting, with policies that prohibit all alcohol, drug use, and sexual activity outside of marriage. That can leave coordinators like King second-guessing their own data.

“There are students who are having sex. We know that, and that there are those who misbehave in a sexual manner, whether it’s sexual harassment, sexual assault, stalking, or interpersonal violence,” King told CT. “We have those things here.”

There is some evidence that sexual assault is slightlyless likely at religious colleges, though numbers are hard to come by. Overall, more than 26 percent of female undergraduates experience rape or sexual assault, according to statistics from the Rape, Abuse & Incest National Network (RAINN). But the same data shows that only about 1 out of every 5 female students who are assaulted report it to authorities—and the reporting percentage is even lower among the 7 percent of male undergraduates who are raped or assaulted. ... 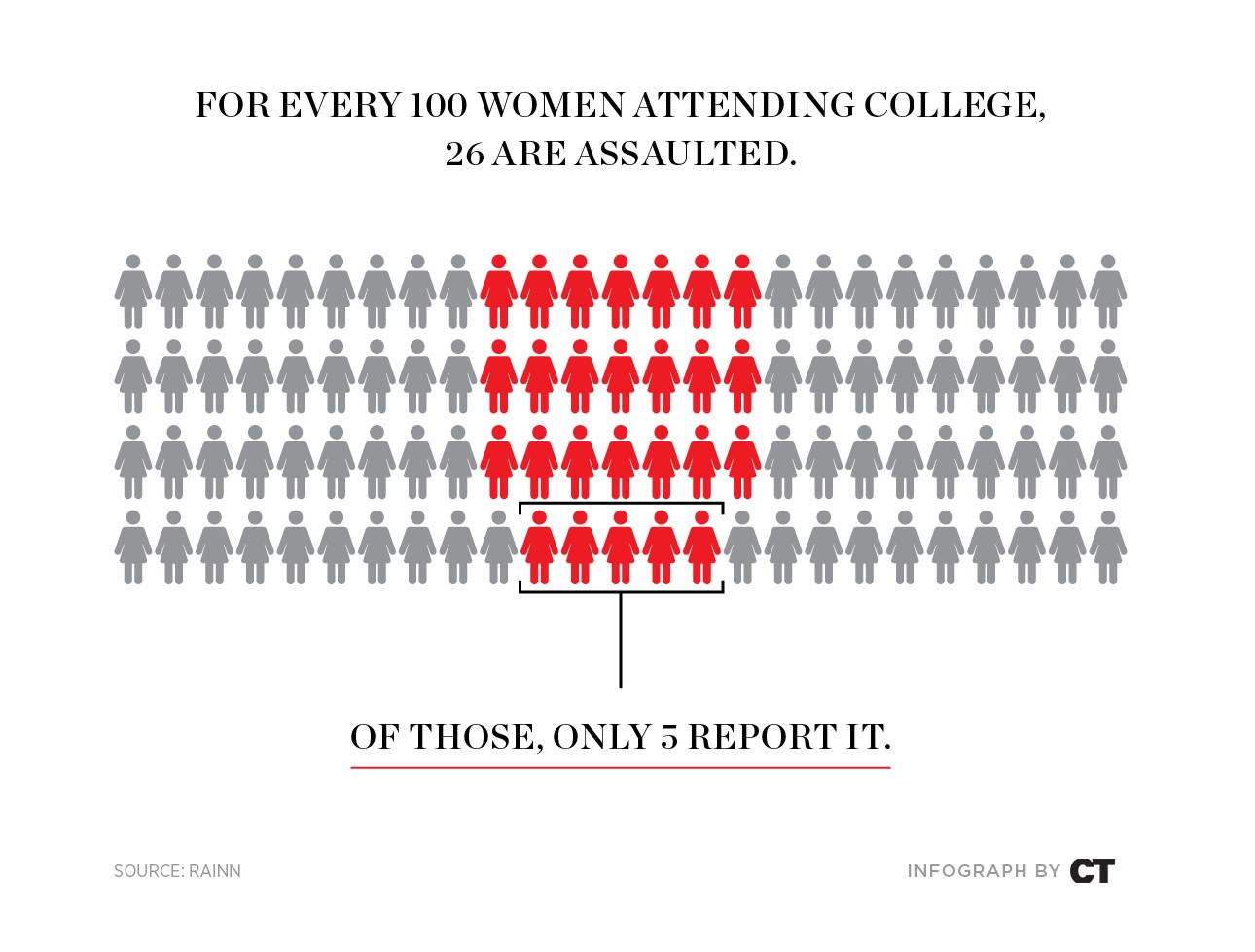