The Man They Made a Monkey

The Man They Made a Monkey 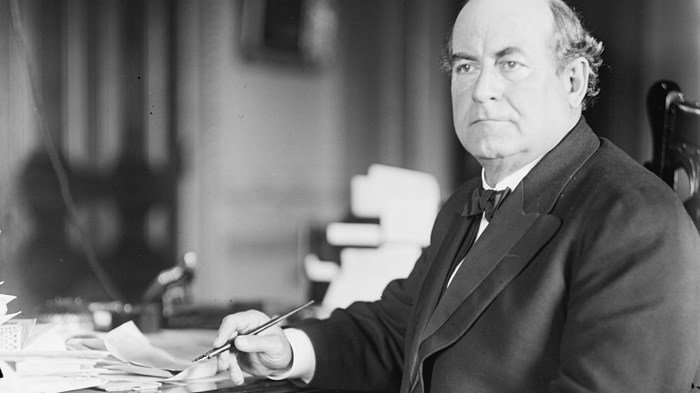 Image: Library of Congress
Current Issue
January/February 2020Subscribe
Read This Issue
Subscribe to Christianity Today and get instant access to past issues of Christian History!
Follow @ctmagazine
Free Newsletters
Get the best from CT editors, delivered straight to your inbox!

As a complement to our coverage of "The Ten Most Influential Christians of the Twentieth Century," historian Bruce Shelley highlighted a few of the most controversial Christians of the century. One of his selections is the famous fundamentalist William Jennings Bryan, whose story is a perfect example of winning the battle while losing the war.
—Elesha Coffman

Bryan made his last impression on public opinion from a sweltering courtroom in Dayton, Tennessee, in 1925. He served as an associate prosecutor of the young schoolteacher John Scopes, who had taught the theory of evolution to his pupils in defiance of a six-month-old state law prohibiting the teaching of "any theory that denies the story of the Divine Creation of man as taught in the Bible." The ACLU had manipulated Scopes' arrest and obtained agnostic Clarence Darrow as the chief defense attorney, thereby setting the stage for the dramatic “monkey trial.”

At the time many Americans considered Bryan a heroic figure standing for the nobility of the common man. He was, after all, raised in southern Illinois on pork, potatoes, and McGuffey Readers. Not only had he entered the U.S. House of Representatives at age 31, he had also received the presidential nomination of his Democratic party three times and served as Secretary of State under Woodrow Wilson. He seemed like the obvious choice to lead the campaign against evolution, even though he had not practiced law in 30 years.

Unfortunately, in the red-brick courthouse in Dayton, Bryan fell into the twentieth-century cultural chasm between the traditional values of Bryan's small-town America and the "modern" values of urban America.

The trial turned into a media circus, ...

Subscribe to CT and get one year free
CreationismEvolutionFundamentalism
August 8, 2008

The Man They Made a Monkey
Hide This