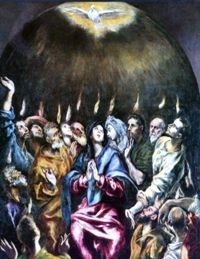 In the mid-nineties, when I was almost finished with my studies at Gordon-Conwell Theological Seminary, my adviser, Dr. Garth Rosell, took me aside for a "career chat." He hazarded a prediction: "In the coming years, young Pentecostal and charismatic students will do well in graduate studies and make an impact in the academy." I was one of those young charismatics (though a late bloomer—already a decade older than many of my classmates). And I wondered whether Dr. Rosell was right. I hoped so. Though I still had all sorts of questions about the value of graduate study for the church, I had plunged into this academic world (and its ubiquitous dark reality of student debt) with both feet. It was becoming my world, and I hoped I could make my way in it.

I was that oddball creature: a "charismatic bookworm." For ten years after my conversion in 1985, I was formed as a Christian in the fires of Pentecostal experience. But despite the hand-raising, tongues-singing exuberance of that experience, I was no natural-born extrovert (I probably could have used this book). It took me quite some time to struggle out of my bookish shell and experience the "joy of the Lord" so evident at the interdenominational Rock Church in Lower Sackville, Nova Scotia.

Even in the midst of the intensive religious experience and activism so characteristic of that movement, I struggled with a welter of questions: What was the salvific meaning, if any, of these experiences I was having? Their biblical background? Who had discovered them first in the church, and how did they become what they were in the charismatic culture of the 1980s? What about the many other quirks and habits of this charismatic culture? How ...