Curious Mix in the Continental Congress

Curious Mix in the Continental Congress

How Christians and deists worked together in the war effort.
Derek H. Davis 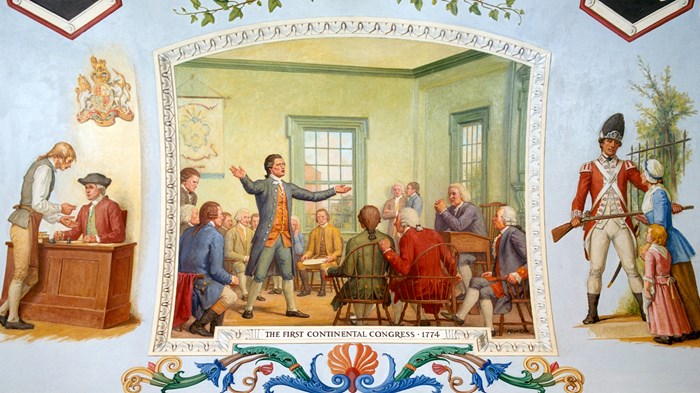 Many supporters of the Revolution were deists. With leadership from Benjamin Franklin and Thomas Jefferson (and arguably John Adams and George Washington), they maintained a dominant presence in the Continental Congress, the body that governed American affairs from 1774 to 1789. At the same time, the Continental Congress was populated with traditional Christians like John Jay.

Congress, however, sought to model the kind of cooperation between Christians and rationalists that it hoped would be observed across the colonies. For example, the Declaration of Independence, in its four references to God—“Nature’s God,” the “Creator,” the “Supreme Judge of the World,” and “Divine Providence”—were essentially deist terms that Christian congressmen consented to because they in no way denied Christian truth.

Yet during the eight-year Revolutionary War, the annual thanksgiving and fast-day proclamations issued by Congress and observed throughout the colonies were written with the awareness that the overwhelming majority of religious Americans were Christian. The proclamations therefore regularly invoked the name of Jesus Christ and asked for his blessings upon the war effort.

Curious Mix in the Continental Congress
Hide This