Editor's note: For the past three years, Stephen Smith has used Twitter's API to take a snapshot of what people say they are giving up for Lent. Each year, the list is a mix of the sincere and the sarcastic, the earnest and the anti-religious. But each year, it results in a fascinating look at American spirituality–especially with the recurrent themes of people tweeting how they plan to give up social networking for the 40 day season of fasting.

Congratulations, I guess, go this year to Charlie Sheen, who came in at both #23 and, with "tiger blood," at #90. Justin Bieber is up several spots this year, so he hasn't quite crested yet. The next-highest celebrity, who didn't make the top 100, is British boy band One Direction.

"Trophies," at #69, refers to the English soccer club Arsenal's recent defeat, or something.

The later start to Lent this year means that "snow" doesn't appear on the list–last year, it was #48. Myspace hangs on at #99, dropping 48 places.

Subscribe to CT and get one year free
Tags:
Faith and Practice
Posted by:
Stephen Smith 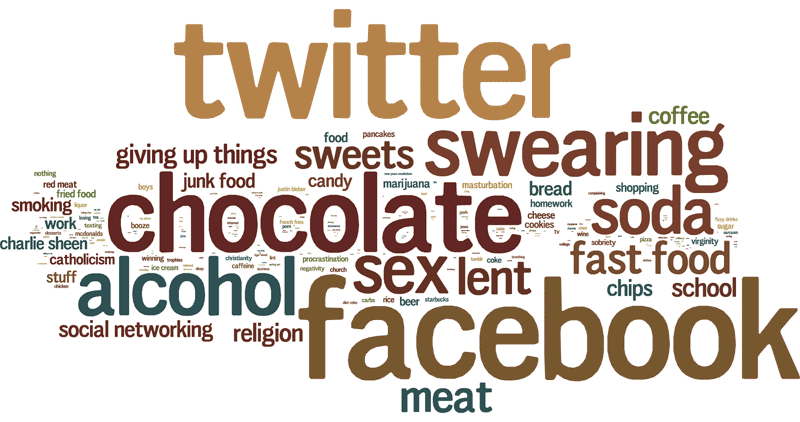 What People Gave Up for Lent, According to Twitter
hide this