The recent recession and a movement favoring less government may contribute to recent poll numbers.
Tobin Grant|June 16, 2011 09:52 AM

A new CNN-Opinion Research poll finds that a majority of Americans think government should not promote "traditional values," the first time in the past two decades that support for promotion of traditional values has been below 50 percent. The June poll finds that more Americans now believe that the government should stay out of the values business.

One possible explanation is the state of the economy. Those hit hardest by the recession showed a change in their support for traditional values. CNN's polling director Keating Holland noted that ... 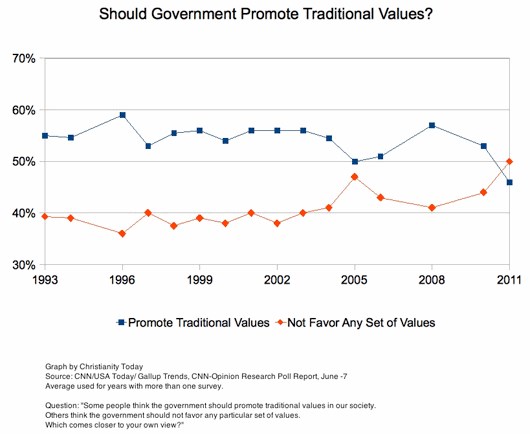