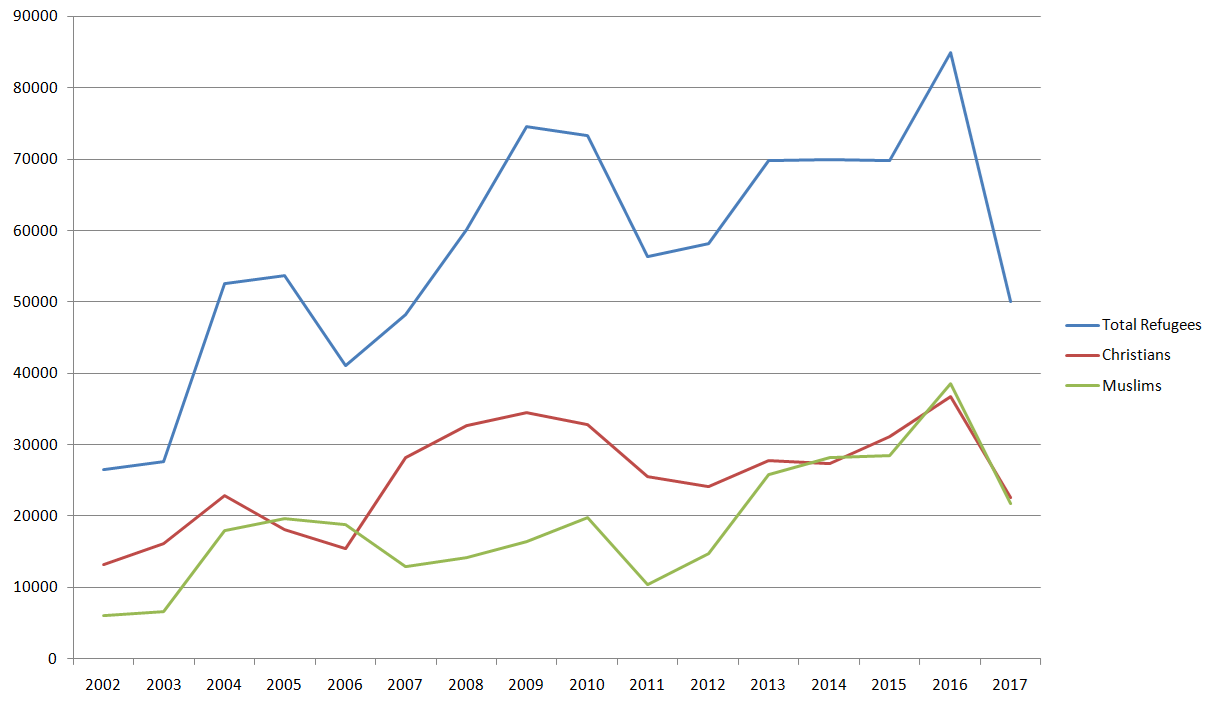 Approximately 14,000 fewer Christian refugees will arrive in the United States this fiscal year, as President Donald Trump’s policies lead to the fewest resettlements in a decade.

“At this point, World Relief expects that the only additional arriving cases after today will be individuals who have a close family member already in the US,” Matthew Soerens, US director of church mobilization for the National Association of Evangelicals’ humanitarian arm, told CT. (“Close family” means a parent, parent-in-law, spouse, child, adult son or daughter, son- or daughter-in-law, or sibling, according to State Department guidelines.)

“Over the past decade, more of those admitted to the US have ...