Latest example of immigration officials deploying Scripture to keep former Muslims out of UK comes as Church of England adds an official Farsi liturgy due to demand.
Kate Shellnutt|March 21, 2019 04:58 PM 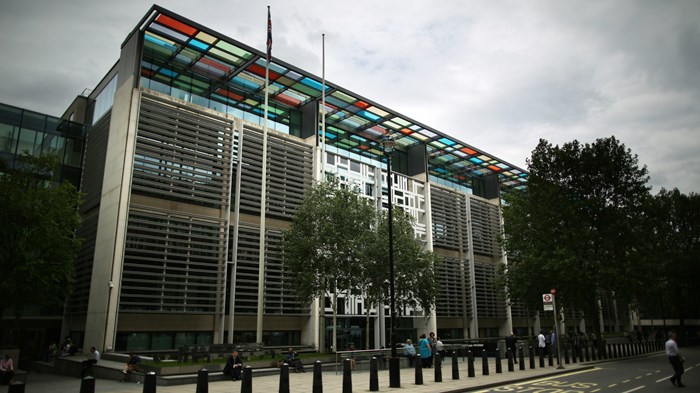 Image: Peter Macdiarmid / Getty Images
The Home Office, based in London, is the government department overseeing immigration and security in the United Kingdom.

The British government has been using the Bible against Christians seeking asylum after converting from Islam—most recently, citing verses from Leviticus, Exodus, and Revelation as evidence that the faith was not more peaceful, as one Iranian convert claimed in his application.

Anglican leaders and other advocates for refugees condemned the immigration department’s decision to deny the Iranian’s 2016 petition for asylum this week.

The letter sent Tuesday from the Home Office declared that Christianity was not a peaceful religion, bringing up “imagery of revenge, destruction, death, and violence” in Revelation and the line “You will pursue your enemies, and they will fall by the sword before you” from Leviticus 26:7.

“These examples are inconsistent with your claim that you converted to Christianity after discovering it is a ‘peaceful’ religion, as opposed to Islam which contains violence, rage and revenge,” the government official stated.

The denied applicant’s caseworker, Nathan Stevens, tweeted, “I’ve seen a lot over the years, but even I was genuinely shocked to read this unbelievably offensive diatribe being used to justify a refusal of asylum.” Stevens said he plans to appeal the decision.

Bishop of Durham Paul Butler, who leads bishops in the House of Lords on immigration matters, issued a response on behalf of the Church of England.

“I am extremely concerned that a government department could determine the future of another human being based on such a profound misunderstanding of the texts and practices of faith communities,” said Butler.

“To use extracts from the Book of Revelation to argue that Christianity is a violent religion is like arguing that a government report on the impact of climate change is advocating drought and flooding.”

The immigration department told British media that the denial was “not in accordance with our policy approach to claims based on religious persecution, including conversions to a particular faith.”

The Church of England reiterated its calls for greater religious literacy among the Home Office.

Since some from Muslim-majority countries might claim Christianity thinking it will improve their odds at asylum, the government is tasked with gauging whether their claims are sincere.

Converts seeking refuge in the United Kingdom have been subject to theological scrutiny over their new faith, being asked not only to recount their testimonies and explain their theology, but to answer Bible trivia questions which were later deemed skewed and unfair.

CT reported in 2016 how the UK’s All-Party Parliamentary Group for International Freedom of Religion or Belief and the Asylum Advocacy Group (including the Evangelical Alliance UK, Christian Solidarity Worldwide, Open Doors, and Release International) joined together to oppose the use of such queries after several Iranian converts were turned away for missing the answers on confusing questions like, “What color is the cover of the Bible?” 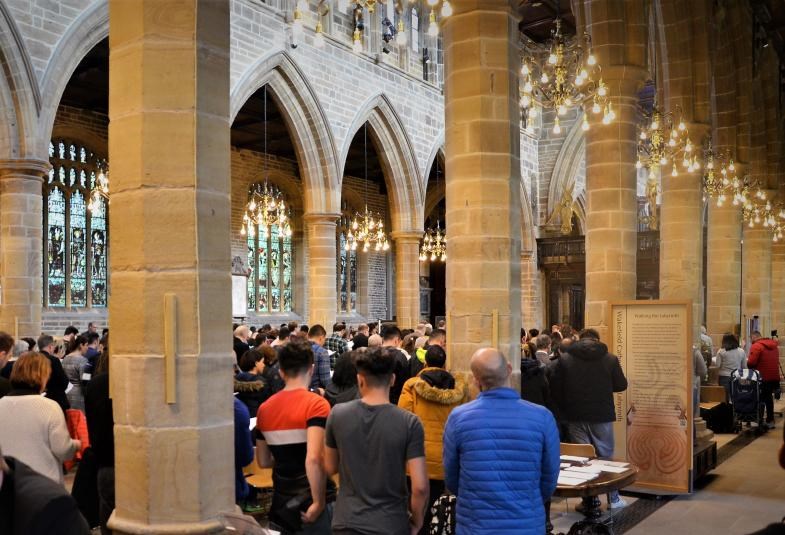 Wakefield Cathedral was the first to use a new Farsi liturgy approved by the House of Bishops to accommodate Iranian worshipers.

Meanwhile, Iranian converts continue to flow into the Church of England, which celebrated its first officially authorized Holy Communion liturgy in Farsi earlier this month.

Around 500 people attended the Persian Celebration Service, held on March 2, which was designed to recognize “the presence of Iranians in churches as a gift, and demonstrate commitment to welcoming them into the life of the Church of England.”

“We’ve had, over the last few years, over 75 clergy contact us to ask how can we best help to integrate the Iranians who we find are coming to our churches,” said Anglican bishop Guli Francis-Dehqani, who immigrated from Iran in 1980.

“In this liturgy what we’re doing is formally recognizing a minority community as part of our wider body and crucially enabling Persian, Farsi-speaking people and English-speaking people to worship alongside one another.”

Wakefield Cathedral was the first to use a new Farsi liturgy approved by the House of Bishops to accommodate Iranian worshipers.
expand