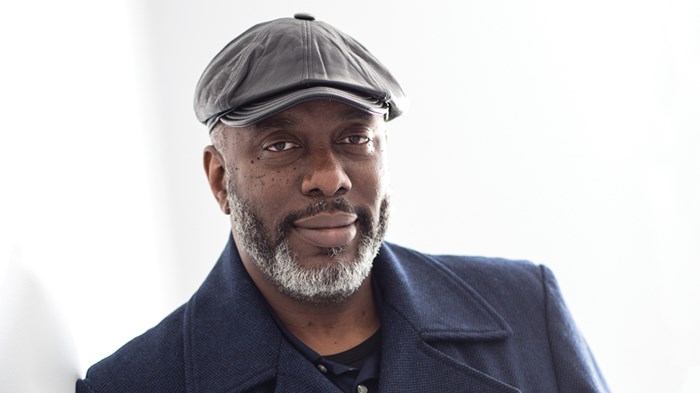 The network represents a move to bring more people of color into leadership for church-planting initiatives and to focus more missional attention toward poor and underserved urban areas with high concentrations of ethnic minorities.

“The Crete Collective would place at the center of its work the concerns, ideals, aspirations, frustrations, struggles, and realities of black and brown neighborhoods in all of their diversity,” said founding president Thabiti Anyabwile, a pastor at Anacostia River Church in Washington, DC.

“We would enthusiastically encourage the kind of holistic discipleship that sees gospel preaching and justice as siblings rather than as enemies. We’ve got a whole range of issues that we have to care about in our communities … immigration challenges, prison reform, hunger, homeownership.”

While major networks have worked for years to make church planting more diverse in the United States—a majority of Southern Baptist church plants, for example, are multiethnic or non-Anglo—the movement overall remains disproportionately white. It also tends to concentrate new churches in places with the most existing churches.

Len Tang, the director of church planting at Fuller Theological Seminary, called plans for a network led by and for black, Hispanic, and Asian American pastors “so timely and relevant.”

“Much of the modern church-planting movement has primarily been white and suburban and male. Over the last generation, there’s been—like in much of evangelicalism—a healthy diversification of that focus,” said Tang, a pastor in California.

“There’s been a recognition that a lot of that comes out of some of the wealthy white suburban churches and has not really paid attention to the huge demographic changes happening in our country and, as we’ve seen even in this last year of racial unrest, the need for racial justice in the area of church planting.”

Tensions for Pastors of Color

The Crete Collective came from Anyabwile’s conversations with fellow pastors who didn’t have an official place to go with their questions about starting and pastoring churches in communities of color.

Its formation also stems from some of the challenges for pastors in white-led or white-majority denominations and groups, where leaders can be nervous or even antagonistic about bringing justice issues into the life of the church.

“When you think of the larger networks, you have many black and brown leaders frustrated with the experience of trying to be included and at the same time, you have the larger network itself—as Korie Edwards put it—living this ‘elusive dream,’ not quite achieving the diversity it was hoping for,” he said. “We’ve had common experiences with wider networks that have left us more convinced that if we don’t partner to do this, this won’t get done.”

Edwards, an Ohio State University sociologist who studies diversity in religious leadership, refers to pastors of color in diverse church settings as “estranged pioneers.” She found that they feel the tension of not feeling valued among whites in their congregations nor among members of their own ethnic group.

Onwuchekwa, a founding board member of the Crete Collective, said his former denomination “never really felt like home,” when he described his decision to leave the Southern Baptist Convention (SBC) last summer.

He originally launched Cornerstone Church in Atlanta in 2015 through the SBC. Despite the support from friends and leaders, as a black pastor Onwuchekwa ultimately saw himself as an outlier in a denomination that he believed didn’t do enough to address its racist past nor racism in the present-day.

Cornerstone is continuing to serve the West End, where Onwuchekwa has also cofounded a coffee business to help bring jobs to the neighborhood.

The Crete Collective is named for Paul’s directive to Titus in Titus 1:5 to stay and build the church in Crete, a reference to the broader call for Christians to spread the gospel in overlooked places.

It plans to launch a half dozen churches over the next two years, focusing on poor neighborhoods in urban centers with the highest portions of black, Hispanic, and Asian American residents in US, as well as helping revitalize declining congregations in those areas.

One study by church planters in the Baltimore-DC metro area tallied over 220 churches planted there over a five-year period. Over a quarter were serving immigrant populations in languages other than English, but few were located among the inner-city poor. “Only three were in communities of concentrated need with concentrated numbers of ethnic minorities,” according to The Crete Collective.

“I’m more convinced that we need to be in the places that are food deserts, that are opportunity deserts, where incomes are low and hopes are waning, to actually rub shoulders with people who need not just the gospel but good neighbors.”

The Crete Collective takes a holistic, indigenous approach to church planting, meaning its aim is to have pastors living in distressed neighborhoods start churches for the people in those communities.

When Anyabwile came to the Anacostia neighborhood of DC, many longstanding congregations in the area were filled with members whose economic advancement allowed them to move out years ago and who continued to commute from the suburbs to worship on Sundays. He saw the need for greater day-in and day-out gospel witness as neighbors. Before the pandemic, his church met at the local high school.

Some church planters who led efforts to make urban missions “hip” have unknowingly participated in gentrification as they moved into cities, according to Tang, while church planters of color tend to be longer-term residents with a greater understanding of the history and context of a place.

‘It’s Past Time for This’

The Crete Collective has invited Christians from all backgrounds to partner in its efforts to pray for and provide financial support for church planters of color, who are less likely to have access to the social capital and fundraising connections pastors need to start churches. Tang noted that black and Hispanic pastors are more likely to be bivocational.

Black and Hispanic leaders are underrepresented in church planting, making up just half their shares in proportion to the US population, according to LifeWay Research’s 2015 survey on the state of church planting. The survey also found that a plurality of new church plants (43%) were started in the South, where the concentration of churches and church attendance is already the highest.

Passion2Plant is another group focused on training pastors of color who are planting churches in urban communities. Founder Elizabeth Rios has similarly spoken out about how today’s urban ministry requires a more holistic engagement around social issues.

“The hard truth is that setting captives free ‘in the hood’ usually involves social transformation on the streets—not just soul transformation in the church,” she wrote. Her group is currently accepting applicants for a spring 2021 church planting cohort.

While the pandemic has disrupted church gatherings and training conferences, the work of church planting continues, as Rios told the Religion News Service earlier this year, because black and Latino communities hit hard by COVID-19 need spiritual and physical support more than ever.

Anyabwile shared the sense of urgency brought on by climbing coronavirus deaths and political strife.

“It’s past time for this,” he said of the new network. “I think this could be home to a lot of congregations and a lot of Christians who are looking for a place where they could comfortably hold fast to the gospel on one hand and equally tight to justice and love of neighbor with the other hand.”

The network is not affiliated with a denomination but ascribes to the New Hampshire Statement of Faith.

In addition to Anyabwile and Onwuchekwa, the founding pastors and board members of The Crete Collective include Louis Love Jr., an Illinois pastor who partnered with Anyabwile to start the Front Porch site; Aaron Reyes, an Austin pastor whose wife Michelle co-founded the Asian American Christian Collaborative; Darryl Williamson, a pastor in Tampa and member of The Gospel Coalition leadership council; and Jeremy McClain, a Howard University alum and pastor in DC.