What it takes to lead a prayerful community.
Adam Stadtmiller 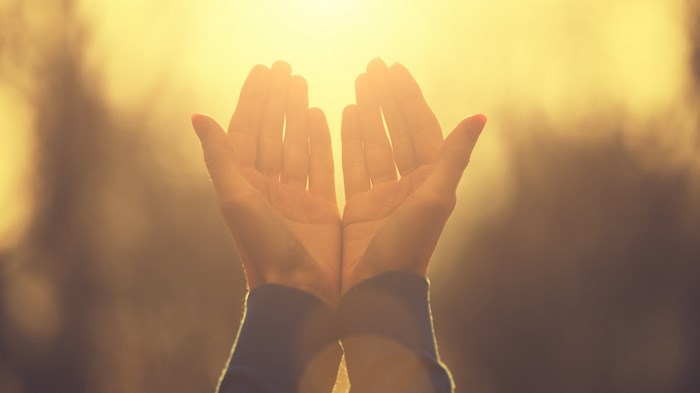 The bells rang, signaling that it was time to arise and pray. It was 3 a.m. I was in the middle of England staying with a monastic community for a conference on leading organizations in prayerful community.

As I read the conference literature months in advance, the idea of 3 a.m. prayer seemed exciting, even romantic. Now it was different. The air was piercing, the kind of cold you only find in heavy stone buildings. It was the middle of the night, and the idea of leaving my comforter for the 200-yard walk in driving wind and rain to the chapel, another stone building lacking central heat, seemed much less appealing.

Like the religious I stayed with that cold British weekend, the early church was also a community that found their identity in and through prayer. As Luke describes it in Acts, "They all joined together constantly in prayer."

Today such prayer is harder to find on the church landscape. I am not saying that churches don't pray. They do. But for many of us, prayer is another activity we do alongside all of our other pursuits, rather than being primary and defining all other ministry components. The difference is seismic.

We no longer live in agrarian societies that lend themselves to rhythms of harvest and fallow, times of hard work and times of rest, times of ministry and times of prayer. Our culture breeds on-the-fly spirituality. We give Jesus a few minutes as we're on our way to something else.

Today we can find churches known for strong teaching or dynamic worship or social justice or evangelism. With a few exceptions, church leaders do not define themselves by the apostolic standard of the primacy of prayer and the Word. It was Jonathan Edwards who said, "There is no way that Christians, in a private capacity, can do so much to promote the work of God and advance the kingdom of Christ as by prayer." Most of us tend to nod our approval of that, and then charge full speed into our next plan, project, or ministry passion.

Here's the rub. The church is running out of effective options created in the power of its own volition, charisma, and talents. Our energetically constructed plans become progressively less effective with each successive generation. We are in need of something more powerful than slicker services, ever more radical missional pursuits, or more culturally savvy ways to share the gospel. For those early apostles after the crucifixion and ascension of Jesus returning to Jerusalem to regroup, their very first act was to pray (Acts 1:14). Having come to the end of themselves, they prayed. That was the totality of their strategic plan. Today we need leaders who follow that path.

This begins with the leaders' example. An organization rarely prays more than its leaders do. This is something I learned while working for the evangelistic youth organization Young Life. Jim Rayburn, the organization's founder, was a man renowned for his prayer life and who in the 1950s prayed, "Lord, give us the teenagers that we may lead them to thee." It was a prayer God has faithfully answered for over six decades.

An organization rarely prays more than its leaders do.

In the summer of 1997, while working for Young Life, I was assigned to head a work crew at Malibu, a camp of unmatched grandeur and ethereal beauty located in British Columbia's Princess Louisa Inlet. There I met a man who had the privilege of meeting Rayburn decades before. As a young intern, he had been asked to pick Young Life's founder up at the train station and transport him to another of the group's youth camps.

Excited to spend a couple uninterrupted hours unpacking the brain of this modern missionary, he jumped at the chance. The man told me what happened immediately after collecting Rayburn from the train platform had shaped his understanding of being a prayerful leader ever since. Within five minutes of being in the car, Jim suggested that they begin to pray for the teens coming to that week's camping event. Two hours later, as the car pulled into the camp, Jim was still praying. When the car stopped, Rayburn thanked the man for the ride and got out.

What I took away from my years at Young Life was that an organization will never go further than its prayers. Leading prayerful community begins with its leaders' commitment to personal prayer and ripples out from there.

Young Life was still modeling this commitment to prayer when I worked for the organization in the nineties. As its missional employees, we were required to take one full day (with pay) per month away from the office and dedicate it to solitude and prayer. In this way Young Life leadership was making a profound statement that they valued prayer as much as ministry production. Regular all-staff prayer gatherings, required days of prayerful reflection, and staff training on prayer are just a few ways you can model your organization's commitment to creating a balance between a prayer-based and a production-based model.

Prayer based organizations make prayer visible and accessible. One of the easiest ways to do this is by framing prayer as story. This is because prayer has a tendency to be more nebulous and harder to measure than many of the other important callings the church has.

When a faith-based mercy organization reports the number of wounds they have bandaged or homes built, its mission is much more easily understood. And when the missionary shares how, through your support, Joaquin from El Salvador was able to get a new prosthetic leg, there is a deep emotional connection.

Leaders who are effective at leading prayerful community understand that every prayer is also attached to a story. They tell the stories behind the prayers they pray and regularly report how God has responded. This can be done regularly during weekly service times, in newsletters, in video reports from the field, or at staff gatherings.

Prayerful leaders invite the community to be part of something larger than themselves and encourage the entire organization to press on in prayer by celebrating the victories and bonding together in difficulties. In this way, prayer transitions from being something distant from the community to becoming the very storyline of its existence.

For the last few years, I have been leading a social-media-based prayer community called "Praying for Your Elephant." The elephant metaphor is meant to represent those prayers that, if answered, would be game-changers. One of the things I challenge the community with is to be strategic and specific with their prayer requests. By imploring the members to create a list of 100 petitions, I help them frame their prayer life into something more concrete.

This small exercise has led to the most profound prayer experiences I have ever been part of. This is because we often fail to recognize how often and elaborately God answers prayer. Seeing someone post their request and then hours, days, or even months later report on how God responded not only blesses the entire community, but acts as a spiritual catalyst encouraging others to also pray. Nothing inspires prayer like answered prayer.

One way to identify an organization's priorities is to look at its calendar. This is because we tend to do what we believe in. If prayer is going to transition from the sidelines to the forefront, it will have to become concrete and tangible.

One of the simplest ways to accomplish this with your core team is to plan your spiritual calendar before you plan the rest of your organizational year. Deciding what days you will fast, pray, or gather for larger prayer-centered events before developing the rest of your annual events is one of the best ways to begin building a community defined by prayer.

My frigid experience in England taught me a great lesson about leading communities defined by prayer. Prayer is not always easy. It would take much more than a fleeting and romantic desire to actually equip my church to pray like the revivalist of old. Prayer, game changing prayer, would take not only devotion, but deep desire and discipline. Sometimes, as I found, the first step in this direction is just being willing to get out of bed.

Outreach
Uniting a Violence-Plagued City in Prayer
Neither death threats nor tepid response discouraged two pastors from praying over every murder site in their city for years.
Matt Woodley and Trevor McMaken
Trending