It's amazing how quickly we shift from longing for justice to expecting mercy. If God's people are "to do justice and love mercy," as Micah puts it, neither of those things is hard to understand. But it's challenging to practice both of them at the same time.

It helps to understand what biblical justice is. As Paul Louis Metzger says, "As those justified by faith in the God of all justice, we are to experience the wholeness that he brings and extend it as citizens of his kingdom."

Bringing wholeness, making things right, is at the heart of God's justice. The articles in this Common Challenge show us how to do both justice and mercy, rightness and compassion. After all, God's goodness is seen in both his amazing justice and his amazing grace.

Throughout US history, the church has had a complicated relationship with the "homeless, tempest-tost" looking for a better life.
Matthew Soerens 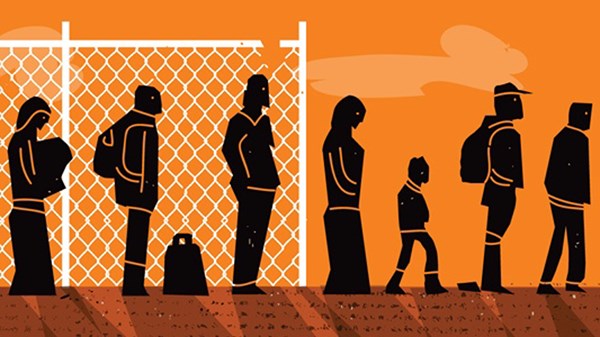 I wince at the image of three-year-old Alan Kurdi, washed ashore on a Turkish beach one year ago. Or of five-year-old Omran Daqneesh, bloodied and dusty after surviving a bombing in Aleppo. I think of my own one-year-old son—he wears little Velcro shoes like Alan’s and has mop-like hair like Omran’s—and my heart breaks.

Then I begin to contemplate the terror that forces people to flee, and I am struck by a sense of fear, resolved not to let such violence reach my country—and my child.

The United States, as a nation, has likewise been driven variously by both compassion and fear in its response to immigrants. There have always been voices insisting that the United States was a nation of immigrants ready to welcome others, even while others believed that the arrival of new immigrants was a menace threatening the country—with the center of public sentiment vacillating between these two competing narratives. These debates go back to the colonial era: Benjamin Franklin once fretted that the German immigrants arriving in Pennsylvania would “never adopt our [British] Language and Customs” and would “shortly be so numerous as to Germanize us rather than our Anglifying them.” His concerns about cultural assimilation have been echoed, by at least some element of the population, in regard to just about every subsequent wave of immigrants.

Yet there have always been others who welcomed newcomers: George Washington, for example, told a crowd of early Irish immigrants that the newly independent United States was “open to receive not only the opulent and respectable stranger, but the distressed and persecuted of all nations and religions.”

Outreach
What We Lose When We Livestream
Do our online viewers truly realize what they’re missing?
Brandon Washington
expand