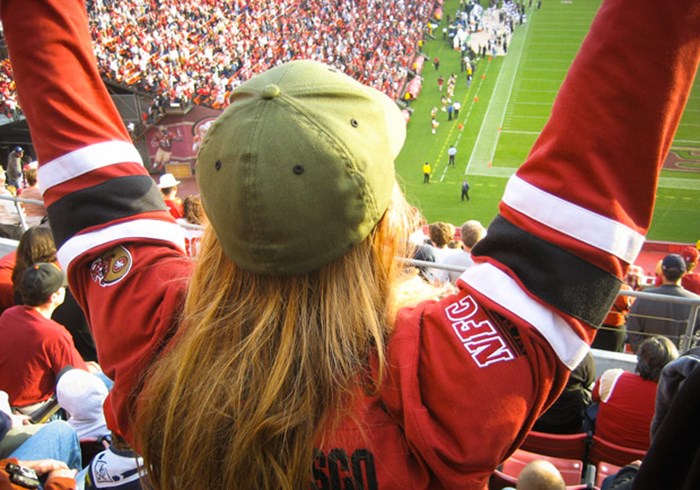 Image: Ankarino / Flickr
From Going Big to Giving Up

"Go big or go home." Like "you only live once," it's become an increasingly popular mantra these days. I'm not sure I agree with the underlying sentiment, but it certainly describes the Super Bowl/Mardi Gras/Valentine's Day juggernaut of excess we're about to enter this month.

Take the Super Bowl, which falls a mere 10 days before Lent, one of the holiest seasons of the Christian calendar. From the big-dollar advertising to the finger-food-filled party menus, it's pretty much the American sports equivalent of Thanksgiving and Christmas rolled into one. Interest in the event is so keen that many believers plan their church attendance around it. This year, my pastors have sent out emails asking less-avid or sacrificially minded sports fans to attend our evening service, so the morning service isn't overcrowded.

The event isn't just popular; almost every aspect of the game and its surrounding festivities involves extremes in money, sex, and power. Super Bowl tickets are the most expensive of any U.S. sports event, with fans attending this year's game paying nearly $4,000 per seat on average. (Compare that to the recent World Series, for which it was possible to get standing-room tickets for under $400.) Not only are the ads on TV notorious for their expense and production qualities, they frequently push the envelope for raciness, with the infamous GoDaddy running a longstanding campaign of "teaser" ads that drive ...