Conservatives gain last needed vote to defeat Amendment A.
Religion News ServicesApril 1, 2002
This article is from the April 1 2002 issue. Subscribers can read all of CT's digital archives.

The amendment to the church's constitution, easily passed by delegates to last summer's General Assembly meeting, would have removed language that requires clergy to live "in fidelity within the covenant of marriage between a man and a woman, or chastity in singleness" (CT, Dec. 3, 2001, p. 21).

Amendment A would also have deleted a 1978 provision that prohibits the ordination of "self-affirming practicing homosexuals."

It would also have transferred ordination standards from the national church to local congregations and presbyteries.

Jerry Andrews, a former moderator of the conservative Presbyterian Coalition, said it is time for the church to enter a pastoral season of reflection.

For now, liberals say they do not plan any moves to further legislate the issue when the church meets again in June in Columbus, Ohio.

Presbyweb.com has all the Presbyterian news you need including an analysis of the Amendment A voting.

In an August 11, 1997, Christianity Today article, James Edwards compared today's struggles within the PCUSA to that in the German church in the 1930s —which launched the original "Confessing Church" at Barmen.

Other Christianity Today articles on tensions within the Presbyterian ... 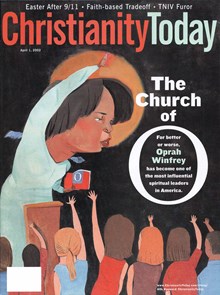 This article is from the April 1, 2002 print issue. Subscribe to continue reading.