Joanne Cash says she's not riding the coattails of her famous older brother, but that she was born to sing gospel music—especially after her dramatic conversion.
Andree Farias|March 12, 2007

It's almost subconscious, the way Joanne Cash can't talk about something without talking about her big brother, the late great Johnny Cash. Whether it's sibling pride or something else, the youngest of seven Cashes has been singing for as long as she can remember. But like her enormously popular brother, her song began to fade as demons plagued her life—fears spurred by the death of her brother Jack, a failed marriage, and bouts with drugs and alcohol. Now married to a preacher, drug-free, and more in love with Jesus than ever, Cash released her first nationally distributed album, Gospel (ACME/Infinity), a collection of songs dear to her heart that also features her brother. In this conversation, Joanne reminisces about her life with the Man in Black, relates her conversion experience, and has a word or two for those who think she's just taking advantage of her brother's fame.

You have such a legendary last name. It must have opened a lot of doors for you over the years.

But singing has been part of our lives as long as I remember. It's been such an inspiration to me. I told someone in another interview, "Singing is not what I do; it's what I am." I'm a Christian and I love the Lord with all my heart.

Cash If you saw the movie Walk the Line on Johnny's life, the portrayal of our house was so accurate. It was a very poor existence. ... 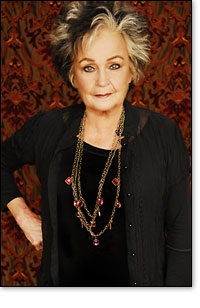