Last week, we rolled out our Most Redeeming Movies of 2010.

This week, it's our Critics' Choice Awards, in which we recognize those films that our panel believes were the best movies of the year as movies, whether they carried a redeeming message or not.

Seven of the choices also appear on our Most Redeeming list. All are superb films, and many of them will bring home multiple honors at this month's Academy Awards.

Biutiful, Black Swan, Harry Potter and the Deathly Hallows, Part 1, How to Train Your Dragon, Rabbit Hole, The Secret of Kells, Somewhere, The Town 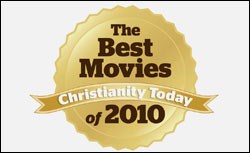 This article is from the February 2011 print issue. Subscribe to continue reading.