Ukrainian authorities say they have uncovered evidence of war crimes in the city of Izyum, which was occupied by Russian forces from April to September. The evidence includes mass graves, bodies buried with their hands tied behind their backs, dead children, and corpses bearing the marks of torture. In one of ten sites the Ukrainians have identified as torture chambers, an unknown prisoner scratched the Lord’s Prayer onto a stone wall in Russian. Vladimir Putin has justified the invasion of Ukraine by saying Russian speakers need to be rescued from ethnic cleansing. But there is no evidence they were being killed or tortured before the invasion. Ukrainian forces strarted retaking territory in the eastern part of the country in September.

A new musical dramatizing the life of evangelical television star Tammy Faye Bakker has launched in London. The score was written by pop superstar and gay icon Elton John. Bakker, who died in 2007, was a popular televangelist whose career came crashing down when her husband was caught in a sex scandal and sent to prison for financial fraud. She went on to host her own talk show, craft an alternative approach to the presentation of Christianity on TV, and become a hero in the LGBT community for the compassion she showed during the AIDS epidemic. A movie about her life won an Oscar in 2021.

Christians are concerned about a new constitution approved in July that gives the president dramatically increased power and declares that the nation “belongs to the Islamic ummah,” or community, and must work toward “the goals of pure Islam.” President Kais Saied had previously promised to remove references to Islam in his revision of the document. The new constitution was drafted behind closed doors and rolls back many of the democratic reforms that were put in place after the Arab Spring revolution in 2011. According to Open Doors, less than 0.2 percent of the Tunisian population is Christian. 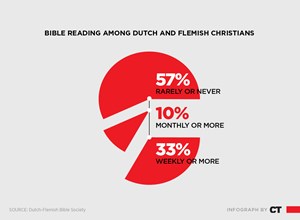 A group of Methodist bishops meeting in Zimbabwe released a statement condemning the American traditionalists who seek to split the United Methodist Church. The African bishops side with the American conservatives in the ongoing debate about LGBT affirmation, but that doesn’t mean they’re eager for division. “Unity is our constant point of reference,” said Eben K. Nhiwatiwa, president of the Africa College of Bishops. The Global Methodist Church launched in May after another meeting to discuss division was delayed. The architects of the new denomination have frequently said they expected African Methodists to join them, making Global Methodists the larger denomination. Some traditionalists questioned whether all the African bishops endorsed the unity statement.

A Texas man has delivered five red heifers to four Israeli rabbis so the young cows can be slaughtered and burned to produce the ash necessary for a ritual purification prescribed in Numbers 19:2–3. Some Jews believe the ritual is a step toward the reconstruction of the temple in Jerusalem. Some Christians believe that “third temple” will set the stage for the Antichrist.

The Indian Supreme Court has ordered the Ministry of Home Affairs to investigate the persecution of Christians in eight states. Evangelical and Catholic groups have asked for government protection in Bihar, Haryana, Chhattisgarh, Jharkhand, Odisha, Karnataka, Madhya Pradesh, and Uttar Pradesh. They say there were 200 attacks on Christians in the first five months of 2022, but government officials have said the reports were based on “half-baked and self-serving facts and self-serving articles.” The high court told the ministry to check preliminary police reports, the status of investigations, and information on any arrests or prosecutions.

The Supreme Court of New Zealand has ruled that COVID-19 pandemic restrictions on churches did not violate religious freedom. The government’s director-general of health deemed religious gatherings “high risk” and limited gatherings to 100 people with proof of vaccination or 25 without. Twenty-four Christian pastors and one Muslim imam sued, claiming discrimination and violation of the New Zealand Bill of Rights Act.

The Evangelical Alliance of El Salvador has asked for an apology after vice president Félix Ulloa claimed without evidence that 80 percent of pastors are gang members. Clergy had been criticizing the administration’s harsh antigang policies. The government declared a state of emergency because of gang violence in March and by July had detained more than 43,000 people, many of them arrested without warrants and held without charges. Some, swept up in what critics call an indiscriminate dragnet, were just poor and young. Some were former gang members who now attend church. Experts say gang suppression is less effective than building trustworthy democratic institutions.

A former Mennonite pastor who was raised in a Mennonite colony has announced he is running for president. Arnoldo Wiens has been the country’s minister of public works since 2018. He oversaw the construction of the first section of a 300-mile international highway that is supposed to connect Paraguay with Argentina, Brazil, and Chile. Corruption is likely to be a major issue in the race and has troubled Wiens’s political party. His doctoral dissertation in theology was titled “Christian Faith and Challenges of Corruption in Latin America.”