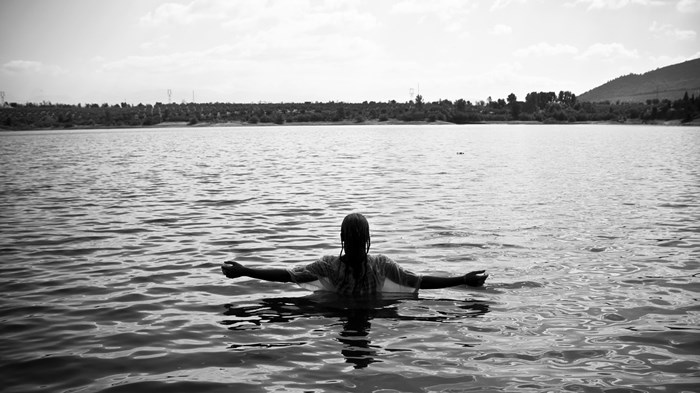 What is the history of baptism or the baptismal ceremony? John the Baptist baptized Jews before Christ came on the scene. Where did he come by the practice of baptism?

Depending on which Reformer you agree with, most Christians view baptism either as the means of salvation and entry into the church or as a sign of Christ's redemptive work in the converted. In both cases, the new believer is considered wholly regenerated, and baptism seals this radical change.

But in first-century Judaism, baptism had a different meaning. In the book of Leviticus, God instructs Jews to cleanse themselves from ritual impurities, contracted through such acts as touching a corpse or a leper. Washing primarily fulfilled the legal requirements of ritual purity so that Jews could sacrifice at the Temple. Later, as "God-fearers" or "righteous" Gentiles expressed their desire to convert to Judaism, priests broadened the rite's meaning, and along with circumcision, performed baptism as a sign of the covenant given to Abraham.

While Christians may relate to baptism as a sign of covenant and purity before God, these still don't bridge the gap to John the Baptist's "baptism of repentance"-or to the messianic thrust of his message. While there's still room for speculation, one possible bridge is the community at Qumran-the ascetic desert sect best known for creating the Dead Sea scrolls. Like orthodox Jews, the Qumran sectarians baptized for reasons of ritual purity. But their Manual of Discipline, or the community rule, also stated that a person could not become clean if he failed to obey God's commandments. "For it is through the spirit of God's true counsel concerning the ways of man that ...