A brief history of the Christmas tree.
Edwin Woodruff Tait 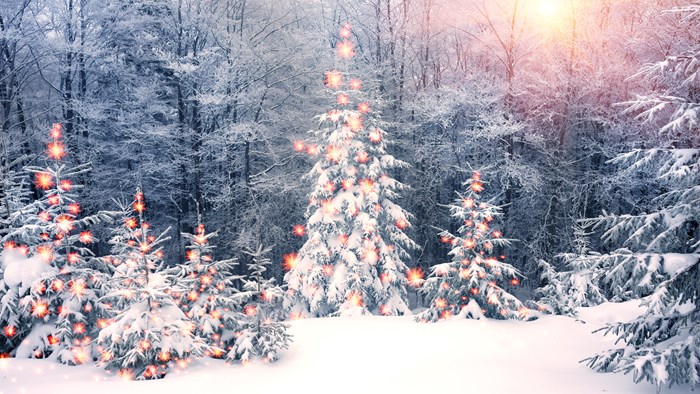 Image: iStock
Current Issue
January/February 2020Subscribe
Read This Issue
Subscribe to Christianity Today and get instant access to past issues of Christian History!
Follow @ctmagazine
Free Newsletters
Get the best from CT editors, delivered straight to your inbox!

“Let them over whom the fires of hell are imminent affix to their posts laurels doomed presently to burn: to them the testimonies of darkness and the omens of their penalties are suitable. You are a light of the world, and a tree ever green. If you have renounced temples, make not your own gate a temple." Thus did the second-century theologian Tertullian condemn those Christians who celebrated the winter festivals or decorated their houses with laurel boughs in honor of the Roman emperor. The Romans decked their homes with evergreen branches during the New Year, and ancient inhabitants of northern Europe cut evergreen trees—ancient symbols of life in the midst of winter—and planted them in boxes inside. Many early Christians, like Tertullian, were hostile to such practices.

But by the early Middle Ages, a legend had begun to circulate that when Christ was born in the dead of winter every tree throughout the world miraculously shook off its ice and snow and produced new shoots of green. At the same time, Christian missionaries preaching to Germanic and Slavic peoples were taking a more lenient approach to cultural practices. These missionaries believed that the Incarnation proclaimed Christ's lordship over those natural symbols that had previously been used for the worship of pagan gods. Not only individual human beings, but cultures, symbols, and traditions could be converted.

Of course, this did not mean that the worship of pagan gods themselves was tolerated. According to one legend, the 8th-century missionary Boniface, after cutting down an oak tree sacred to the pagan god Thor (and used for human sacrifice), pointed to a nearby fir tree as a symbol of the love and mercy of God.

Not until the Renaissance ...

William Martin
Next Article
One in the Spirit?

This article is from Issue 92 of the Christian History archive.