Home > 2015 > October
Church LeadershipOctober 30, 2015
The Main Reason Pastors Count People Is Not as Noble (or Sinister) as You Think
Pastoral ministry has plenty of challenges with very few immediate rewards. But seeking affirmation through numbers is a dangerous game.
by Karl Vaters
Read as Single Page
Page 1 of 2 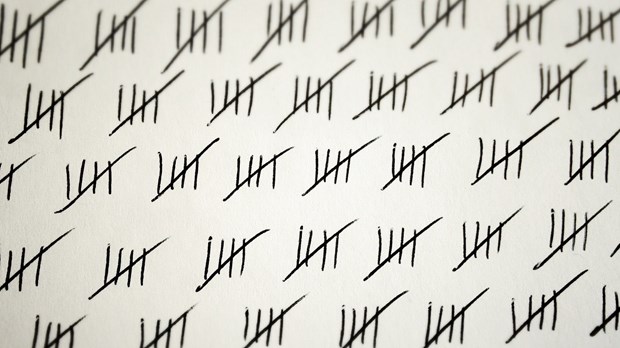 It’s one of the mantras of the church growth movement. "We count people because people count."

It also happens to be true. Most of the time.

But that that’s not the only reason pastors count people.

As I wrote in The Grasshopper Myth, some pastors count people because it’s in their nature. They’re numbers-oriented. It’s how they make sense of the world around them. And they're not wrong to do so.

Keeping accurate numbers is important. When we track the right metrics and use that information well, we can do better ministry. The larger the scale of the ministry, the more the numbers matter. So the church needs some numbers-oriented people.

But I’ve discovered another reason why many pastors pay such close attention to attendance records and offering amounts. In fact, I think it's the main reason.

We don't like to admit it, even to ourselves, because it's not quite as noble as we'd like. It’s not sinister, either. Perhaps it’s just a little embarrassing.

Sometimes pastors count people to assure ourselves that we count. That our efforts matter.

Pastors don’t just count people because people count. Sometimes pastors count people to assure ourselves that we count. That our efforts matter.

Sometimes it’s less for their benefit and more for our often-bruised ego.

In most other aspects of life, we receive much more immediate and obvious rewards for our hard work.

Even the blogging I’m doing right now has immediate, visible rewards. Within minutes of posting this article, I will see a spike in my readership. Page views could be in the thousands by the end of the day. That’s a truckload of affirmation.

Not so in pastoral ministry.

When you’re a pastor and you

For example, I'm writing this post during the week following the last Sunday in October. So, most of the pastors reading this have just seen another Pastor Appreciation Month go by without any acknowledgment from your church.

You tell yourself it doesn’t matter. But it does. You know it’s an artificial month, designed to sell greeting cards, but it still hurts.

The Main Reason Pastors Count People Is Not as ...