Did 2016 Expose America's (And the Church's) Fame Addiction?

Home > 2016 > December
Church & CultureDecember 30, 2016
Did 2016 Expose America's (And the Church's) Fame Addiction?
The church should be providing a counter-cultural balance to our fame obsession. Instead, we're feeding into it.
by Karl Vaters 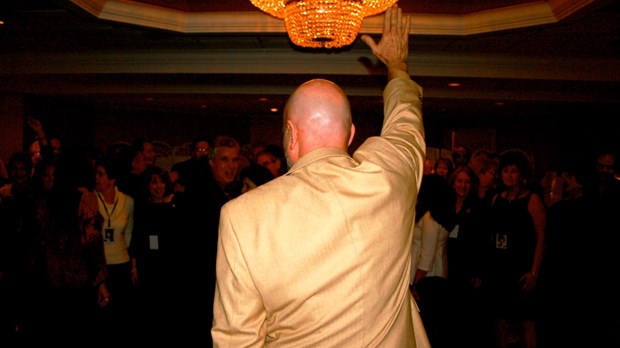 It must be. Social media says so.

Certainly, 2016 had its share of serious issues. From escalating problems in race relations, to horrific acts of terrorism, to the ravages of war in places like Syria, and more.

But that’s not what people are referring to. The two topics that dominate the Worst Year Ever talk? The American Presidential election and the deaths of celebrities.

America, we have a fame problem.

America, we have a fame problem.

We’re at least as addicted to fame as we are to food, drugs, cars, sports, sugar and our electronic devices. (In fact, fame is a major driving factor behind that last one.)

Certainly, America isn’t the only nation obsessed with fame. But this year, we win.

Take the election, for instance.

Go back about 18 months, when all the main presidential candidates were still in the race. What did the two final nominees have in common that the others didn’t?

Were they the most

They were the most famous.

Then Trump leveraged his fame better than Hillary leveraged hers. So he won.

Yes, that’s overly simplistic. Fame wasn’t the only reason for their nominations or for Trump’s win. But it’s naïve to think it wasn’t a major factor.

Fame is Driving Our Sense of Loss

And now, America seems to be in collective mourning over an excess of celebrity deaths. These are genuine and deep tragedies to the families and friends of the people who have died – particularly for the double loss being felt by the Reynolds/Fischer family.

But when I constantly hear laments of “there’s been so much death this year!”, and “can this nightmare please be over?”, it isn’t because people have faced similar losses in their own families. It’s grief over people they’ve never met, other than on a screen or through their music or books.

Of course it’s appropriate to feel a sense of loss over someone whose music, stories or other artistic expressions have touched us. That speaks to the importance that their work played in our collective lives.

When you ask most of the people who are lamenting the Worst Year Ever how their own lives went in 2016, most will tell you it was pretty good.

So why are we seeing 2016 so negatively? Because too many people have bought into the lie that famous lives matter more than non-famous ones. Including our own.

And the American church isn’t much better.

We Need to Counter the Fame Culture

The church should be providing a counter-cultural balance to our fame obsession. Instead, we feed into it.

Fame is about one thing. Pride.

And pride is a sin. But we treat it like it’s a virtue. Even in the church.

Pride is a sin. But we treat it like it’s a virtue. Even in the church.

We elevate a handful of people to Christian Celebrity status (such an obnoxious term!), then we’re shocked when the weight of that celebrity contributes to their burnout and/or moral failure – several of which happened in 2016.

Meanwhile, most of the ministry being done by Christians goes unseen, unknown, unheralded and increasingly under-funded.

Because we’re all made in the image of God and loved by Jesus.

Jesus taught us when you throw a party, don’t invite your rich and famous friends, invite the poor and the outcast. The ones who can’t pay you back.

Sit at the end of the table.

Don’t think of yourself more highly than you should.

And walk humbly with your God.

Did 2016 Expose America's (And the Church's) Fame Addiction?