When You Feel Like A Failure (A Good Friday Reflection)

Home > 2017 > April
Christian UnityApril 14, 2017
When You Feel Like A Failure (A Good Friday Reflection)
So much of Jesus’ life, ministry and message looked like a failure. Until the resurrection.
Karl Vaters 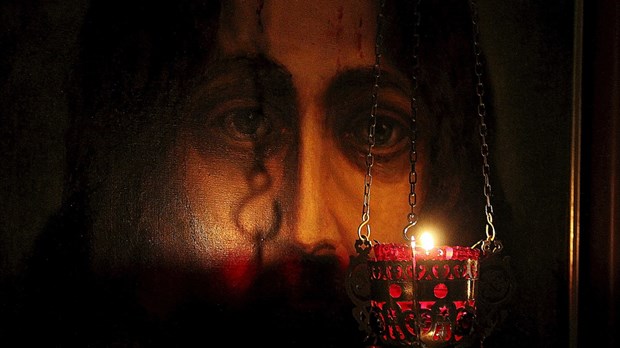 The gospel was built on failure.

What we now know as good news started as very bad news.

It was never supposed to work.

For a long time, it looked like it never would.

It started with a young, pregnant, single girl in a backwater town too small to be mentioned in most ancient records.

She gave birth in a barn far away from home.

The most powerful man in the country tried to kill her baby.

Her people, the Jews, were ruled by an empire of such stunning strength and ferocity that a local governor could, and would, execute thousands on a whim.

Just a book. Which told them about a deliverer.

But that hope was fading.

Into this hopeless setting came yet another traveling preacher.

He presented himself as a revolutionary, but he had no home and minimal, if any, formal education.

He had the wrong kinds of friends from the wrong sorts of places. Including the women he relied on for much of his financial support (Luke 8:1-3).

Not only did Jesus’ own religious establishment not support him, they openly despised and opposed him.

Not only did Jesus’ own religious establishment not support him, they openly despised and opposed him.

His most reliable followers were so unruly, almost every time he came into their presence he had to break up a fight or scold them for lack of faith.

They were so poor they had no money to pay their taxes.

The disciples never understood what their leader was trying to do.

His own brothers didn’t believe in him.

His enemies hated each other. But they hated Jesus so much more, that they joined forces to kill him.

One of his closest followers sold him for a small bag of coins – silver, not even gold.

When he needed them the most, his friends fell asleep.

When they woke up, most of them ran for the hills.

One of the few who stayed nearby swore he’d never met him. Three times.

A Forsaken Failure – Until…

His trial was a farce, but his torture was real.

On the cross, he hung naked and bleeding. His flesh hung in strips from his barely-recognizable body.

Jesus’ life, ministry and message looked like a failure.

For you. For me. For everyone.

Brokenness; Discouragement; Failure; Jesus; Suffering and Problem of Pain
April 14, 2017 at 2:01 AM

When You Feel Like A Failure (A Good Friday Reflection)