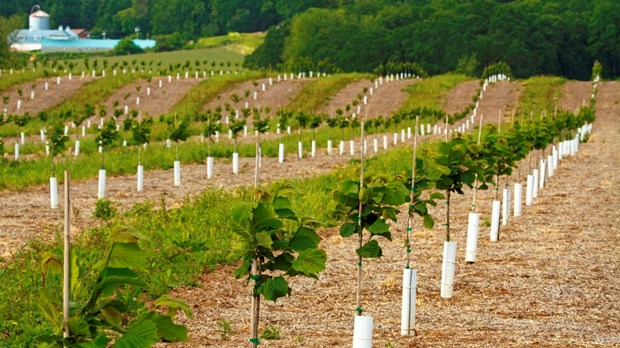 Church planters are some of the great heroes of the faith. Especially when you realize how many church plants fail within the first few years.

But I wonder, how many failed churches might still be alive and well today if we didn’t pressure them to reach numerical goals that most churches, even after decades of existence, fail to achieve?

What would happen if, instead of sending one church planter to start a church, hoping for it to reach (to pick an arbitrary number) 5,000 attendees, we sent out 50 church planters, and resourced them with the tools to grow to 100 on average?

Not that every church will reach 100. Some will be bigger, some will be smaller. But if the expectation was 50 churches of 100, instead of one church of 5,000, how would it change the way we plant, resource and encourage churches?

And what if we applied that same logic to our existing churches?

Big churches are great. But they’re very rare. And they’re not the only way to see the kingdom of God move forward.

I know there are church planting organizations that do this. But if your group, denomination or missions organization hasn't caught this as part of their vision, I encourage you to think about it seriously.

If we made this shift in strategy, here are a few positive changes we might see.

Planting one church, hoping for it to grow numerically every year until it reaches mega status is a fool’s gambit. Not one in 100 reaches mega size. In fact, not one in ten is likely to ever remain consistently above 100.

But if a bunch of healthy small churches are the goal, rather than one mega-size church, the chances of success rise dramatically.

2. More pastors would get to use their gifts

The bigger the church gets, the harder it is to find leaders with the gifts, training, temperament, calling and skillset to lead them.

There are a lot more people who are capable of leading smaller churches.

But there are a lot more people who are capable of leading smaller churches. Not because the skills and gifts are lesser, (I’m a small church pastor myself) but because they’re more common.

Most pastors don’t go into ministry because they feel called to manage resources, raise funds, build facilities, or utilize most of the skills needed for big churches.

Most pastors are called to preach the Word and care for people. Those are the gifts that are needed in smaller churches.

3. Church leaders would be under less pressure

It’s hard to pastor a healthy church. It’s even harder to start one and nurture it to long-term health.

But it’s brutal to try to do that while under the relentless pressure to get bigger every year. And it’s unfair to expect it.

But being one pastor of 50, pastoring churches averaging 100? That’s setting us up for success.

4. Fewer pastors would quit in frustration and discouragement

Too many pastors leave the ministry without finishing the race.

How much of that is due to unrealistic expectations of numerical growth, combined with under-resourcing them to be healthy while they’re small?

Celebrating and resourcing healthy churches of all sizes might keep a lot more good people in pastoral ministry.

5. Our time and energy could be utilized better

I’ve seen it happen too many times. A young pastor starts out, excited about ministry. But very soon they discover that doing a good job within their pastoral calling isn’t enough. The pressure mounts to get the attendance numbers up. From the denomination, the church members, fellow pastors, and their own ego.

Soon, they find themselves doing less pastoring, more growth strategizing. Not that the two are mutually exclusive, but we all have limited time and energy, so when we push for numerical church growth we’re often stealing something from pastoring.

But if 50 pastors are expected to pastor churches averaging 100, that pressure diminishes and the time and energy they were spending on growth strategies can be poured into pastoral care.

6. It would require less overhead, land and resources

It’s far easier to find land and build facilities for 50 small churches than for one massive church.

It’s far easier to find land and build facilities for 50 small churches than one massive church.

And if the small churches work cooperatively, they can bear the mutual burden of other financial issues, too.

7. More people would get pastored by their pastor

The bigger the church, the fewer people can have access to the pastor. For some people, that’s okay. But for many, it’s not.

They’re not being demanding, invasive or petty to want to attend a church where their pastor baptizes them, dedicates their children, counsels them through marriage problems and visits them when they’re sick.

8. We could reach more types of people

When we’re trying to get more people in the same building, we tend to aim for the mainstream, often at the cost of forgetting those who live on the fringes.

The forgotten and the outcasts should never be forgotten or outcast by the church.

Besides, the mainstream is getting smaller than ever, while the fringes are growing.

There have, and will always be people who choose to live outside the mainstream of culture. People who don’t want to do what’s popular. People who want a church worship experience that is more quirky, less predictable.

Those people are less likely to be reached in large, mainstream groups. Only in small batches.

Shooting for 50 churches averaging 100 people doesn't mean we have to cap each church at 100. So, if one or two of the groups happen to get bigger, that’s great!

But nothing comes without a cost.

But if there are 50 churches of 100 and one, two or even ten of them fail, the damage, while horrible for those in the failed church, doesn't affect the rest of the churches.

10. We could have more churches in hard places

There are a lot of places where big churches won’t work for a variety of reasons.

There’s nowhere on earth where you can’t have a small church.

But there’s nowhere on earth where you can’t have a small church. Even in places where Christianity is illegal, small gatherings of Christians still can and do happen.

But, even where Christianity is legal, there are a lot of places where it’s getting harder to find positive responses to the gospel’s hopeful, but difficult truths.

Those hard places aren’t all in exotic, foreign lands. More often, they are going to be in our own towns and cities.

Many of them are distrustful of big organizations, including big churches. But they might be more open to the humble simplicity of a missional small church.

And now we address the elephant in the room. Where are all these pastors going to come from, especially in denominations that already have more churches than pastors?

I think, if we allow for a broader definition of church success, and even of what a pastor is, we’d have more people willing to step up and do the work of pastoral ministry.

Bivocational pastors have always been more common than most people realize. What if they became an expected norm? If we launched a bunch of intentionally small churches, maybe most of them could be pastored by people with pastoral hearts, but without the years of bank-breaking seminary education.

Not instead of seminary-trained theological giants. But alongside them.

Let’s not limit ourselves to one type of church, one method of church growth, or one definition of pastoring.

And Jesus can use them all.