Home > 2017 > March
Church & CultureMarch 20, 2017
The Resurrection: Good News vs Fake News (An Easter Sermon Idea)
The first challenge to the truth of the gospel wasn’t a competing idea or argument. It was the planting of a fake news story.
by Karl Vaters
Read in Multiple Pages 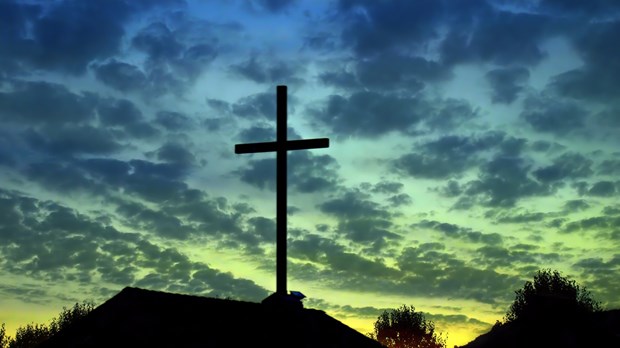 Easter is coming! All over the world, pastors are preparing to speak to what is usually the biggest church crowd of the year.

If you’re wondering how to make the wonderful, but familiar resurrection story feel fresh again, here’s an idea I’m working on.

The Gospel Is Good News

Christianity is an event-based faith.

At its core we find, not a good idea, a good philosophy or even a good person. Although Jesus and his teachings are all of that.

The central truth of the gospel is good news. That’s what the word ‘gospel’ means, after all.

The event that defines our faith is the resurrection of Jesus. And it played out like any good, real news story should.

News is the accurate retelling of an event. The event that defines our faith is the resurrection of Jesus. And it played out like any good, real news story should.

How the Resurrection Was Reported and Confirmed

The first people to preach the Gospel were the women who discovered the empty tomb. Immediately, like good reporters breaking a developing story, they ran to report that news to others.

The first hearers of this good news didn't take such outlandish claims at face value. They ran to confirm them by seeing the evidence for themselves. Why? Because Christianity is an event-based faith, so it matters that the reported events actually occurred.

Then, according to reports from all four Gospels, Acts and 1 Corinthians Jesus was seen on at least a dozen occasions by multiple people including the apostles, his unbelieving half-brother James, random people walking along the road, and hundreds of others. They witnessed and reported that he ate food, touched people and did many other things that only a real person in a real body could do.

All of this evidence was compiled, corroborated and confirmed by multiple sources before it was recorded for posterity as a factual historical event.

This is what we call ‘news’. Good news. The gospel.

The first challenge to the gospel wasn’t an alternative idea, a better philosophy or the refutation of an argument. Because none of those can stand up against an extraordinary event that was witnessed by hundreds of people over multiple weeks.

The first challenge to the truth of the gospel was the planting of fake news to compete with the real news.

According to Matthew, the Roman soldiers who had been guarding Jesus’ tomb were bribed to spread a fake news story:

While the women were on their way, some of the guards went into the city and reported to the chief priests everything that had happened. When the chief priests had met with the elders and devised a plan, they gave the soldiers a large sum of money, telling them, “You are to say, ‘His disciples came during the night and stole him away while we were asleep.’ If this report gets to the governor, we will satisfy him and keep you out of trouble.” So the soldiers took the money and did as they were instructed. And this story has been widely circulated among the Jews to this very day. (Matthew 28:11-15)

Why did they do that? It’s a standard political tactic. If you can’t refute someone’s claims, muddy the waters with other stories. What we now call fake news.

Fake news has become a huge topic of conversation recently. But fake news isn’t new. It’s been following on the heels of real news forever.

It’s how the serpent tempted Eve. By taking what God really said and twisting it just enough to make her doubt reality. And it’s how the resurrection was challenged within hours of it happening.

If the gospel ever loses its power in a person, a church or a culture, it will never be because someone offers a better idea or philosophy. Because there aren’t any.

The only time the gospel is in danger of losing its impact is when we drift away from the central story for lesser stories.

The only time the gospel is in danger of losing its impact is when we drift away from the central story for lesser stories – real or fake.

For instance, when the resurrection becomes just a metaphor for renewal instead of keeping it anchored to time and space, we strip it of its uniqueness. And, with that, its power to change lives.

As the Apostle Paul reminded us “…if Christ has not been raised, our preaching is useless and so is your faith.” (1 Corinthians 15:14)

As Christians, our stories matter. Starting with the resurrection of Jesus.

Real stories of real lives transformed by the power of the resurrected Christ are the most powerful tool we have to touch a world that’s hungry, not for a new idea, a new philosophy or a new fad – but for truth, hope and good news.

So tell your story.

And re-tell Jesus’ story. Of his life, teachings, miracles, crucifixion and resurrection.

The truth will always give you something compelling to say.

The truth will always win out over any competing philosophy or fake news story.

Because only the truth will set you (and others) free.