Innovation without Compromise: 5 Church Leadership Lessons from the Life of Billy Graham

Home > 2018 > February
Innovative MinistryFebruary 21, 2018
Innovation without Compromise: 5 Church Leadership Lessons from the Life of Billy Graham
Billy Graham's life and ministry is proof that taking a strong stand for the truth of the Gospel does not have to push people away.
Karl Vaters
Read as Single Page
Page 1 of 4 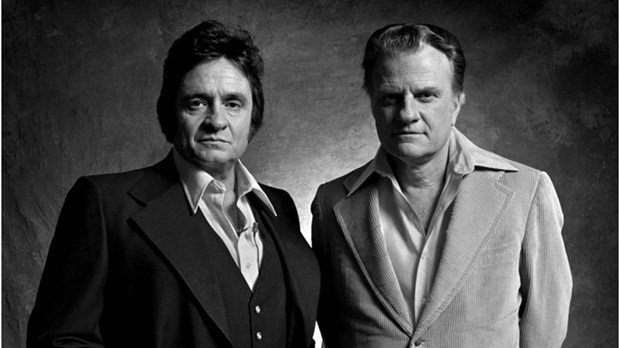 (Today, Billy Graham went to be with Jesus. I wrote this article three years ago. I repost it here now as my tribute to the man and his legacy.)

Most of us have never known a world without Billy Graham.

Graham came to international prominence in the historic Los Angeles Crusade in 1949. So if you are 75 today, he was already famous when you were just ten years old.

Billy is 96 now. His crusade days are over. But his legacy stills looms large.

Personally, aside from members of my family and Jesus himself, no one has had a longer or stronger impact on my life and ministry than this man whom I’ve never had the privilege of meeting.

Many of us can say the same thing.

Last month, my wife and I visited the Billy Graham Library in Charlotte, North Carolina. It’s down-home and simple, even corny at times, yet always done with understated excellence. A fitting tribute.

As we walked through the exhibits, I was struck by the realization that every Christian, especially everyone in ministry, can learn several lessons from the life of this humble servant whose life still impacts the world.

Billy Graham stands tall as someone who set the standard for never compromising, but never causing unnecessary offense either.

Especially today, when it seems almost impossible to make a simple statement about faith without offending this or that ideological camp, Billy Graham stands tall as someone who set the standard for never compromising, but never causing unnecessary offense either.

As I ate a tasty, nutritious, modestly-priced lunch (of course) in the library’s cafeteria, I jotted down these 5 lessons we can all learn from the extraordinary life and legacy of Billy Graham.

1. We Can Be Innovative Without Compromising

Billy always capitalized on the latest technology and techniques to share the gospel. He used radio, television and movies in an era when many ministers were still referring to them as “tools of the devil”.

In his crusades, alongside the solos of George Beverly Shea and the choir led by Cliff Barrows, he featured musical guests as varied as Ricky Skaggs, DC Talk, Bill Gaither, Cliff Richard and Johnny Cash. His impact on music was so strong that he became the first non-musician to be inducted into the Gospel Music Hall of Fame in 1999.

He appeared on virtually every TV interview show there was, including The Tonight Show, Phil Donahue, David Frost and Larry King. He was even on The Woody Allen special and Rowan & Martin’s Laugh-In.

Today it seems like every minister who uses new technology, music or secular venues is criticized by fellow ministers. It’s hard to imagine anyone pulling off what Graham did for decades.