The Modern Myth Of The Persistently Growing Congregation

Home > 2018 > February
Church Growth February 07, 2018
The Modern Myth Of The Persistently Growing Congregation
The addition or multiplication of small congregations has always been the typical way the church has grown.
Karl Vaters
Read as Single Page
Page 1 of 2 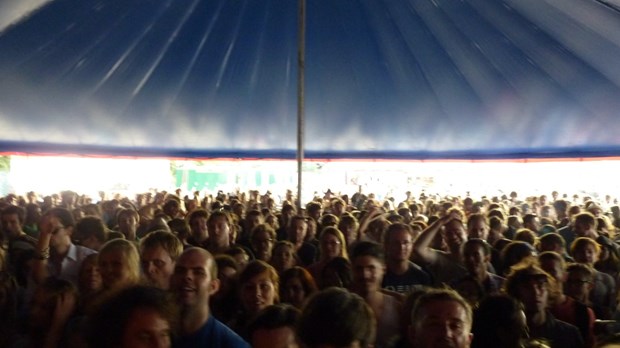 The persistently growing congregation is a relatively new phenomenon – and an even more recent expectation.

Aside from the grand cathedrals of Europe (which were often the result of politics and power more than faith), it wasn’t physically possible for local congregations to become massive until very recently in history.

It’s not a coincidence that megachurches came after the arrival of cars, highways and public transit. The regular gathering of massive crowds requires the physical ability to move huge numbers of people safely, consistently and inexpensively.

Until the mass transit era, people built church facilities that suited their immediate environment – as in their small town or neighborhood. Then, when more people came to faith in Christ, they’d build another meeting place close by, within walking distance of the people in the next neighborhood or town.

Today, as we zip along the highway through the Bible Belt, it can seem like someone should have had a more strategic plan before building all those little white chapels so close together. But it’s easy – and wrong – to assume that the small size of those buildings meant a small faith in the people who built them.

We need a whole new approach to church facilities today – in ways we have yet to figure out.

Certainly, I don’t recommend we go back to that. We need a whole new approach to church facilities today – in ways we have yet to figure out. But it’s equally wrong to think that a successful church is always a numerically growing church, or that consolidating churches into larger groups is always the answer.

Constant numerical growth has never been the norm for healthy churches, historically. Instead, the addition or multiplication of small congregations has always been the typical way the church has grown. And it’s still the usual way the church grows in most of the world today.

Bigger Is Okay, But It’s Not Normal

If you, like me, live in a region of the world where bigger and bigger churches seem to be springing up everywhere, it’s important for us to open our eyes to the wider picture of the church, both historically and geographically, and see that what we are experiencing is not normal.

It’s not bad when a church grows bigger, of course – as long as it happens from conversions, not transplantation. But it’s neither typical or inevitable. And it shouldn’t be held up as some kind of standard.

The Modern Myth Of The Persistently Growing Congregation