Constructive Criticism: The Day A Staff Member Told Me I Was Preaching Too Long

Home > 2018 > January
Christian UnityJanuary 31, 2018
Constructive Criticism: The Day A Staff Member Told Me I Was Preaching Too Long
A healthy church fosters an atmosphere where people feel free to express their ideas openly – especially at the leadership level.
Karl Vaters
Read as Single PagePage 1 of 2 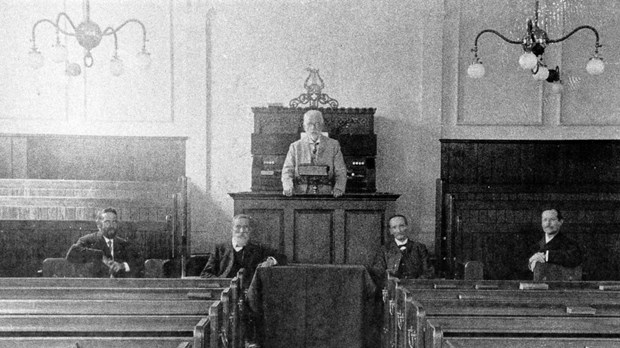 It was a sunny, California Wednesday morning.

We were having our weekly staff meeting, innocently sorting out the details for an upcoming service, when I mentioned an illustration I wanted to close out my sermon with.

One of the staff members spoke up. “We already have a lot going on in the service agenda for that day. We can only do that if you shorten your sermon a bit, because the last couple weeks you’ve gone long.”

No one in the room gasped, averted their eyes, or thought “Oh, that’s too bad, I’m going to miss working with you.” It was just another piece of honest feedback, and we all took it as such.

I responded with, “yeah, I’ll have to cut back if we’re going to add that illustration.”

Then we moved on to the next agenda item.

The moment meant so little to us that no one thought anything of it. In fact, they’re probably scratching their heads as they read this, trying to remember when the meeting in question happened.

Every healthy staff should be able to offer constructive criticize to other members, including the lead pastor, with that little amount of concern.

Don’t Let Bad Criticism Shut You Off From Good Criticism

A healthy church fosters an atmosphere in which people feel free to express their ideas openly – especially at the leadership level.

Without criticism, there’s information you need to know that you're not being told. And that hurts everyone.

A church staff that never criticizes or corrects their lead pastor is not healthy. Maybe they're afraid to be honest. Maybe they lack creativity. Either way, without criticism, there’s information you need to know that you're not being told. And that hurts everyone.

A pastor who places themselves above criticism is not a good leader. But even if you say people are allowed to disagree with you, but they never do, something is wrong.

I can hear the roars of thousands of pastors laughing, “If not hearing criticism is a problem, then we’ve got the healthiest church in the world! Everyone loves telling me when I mess up – even when I haven’t!”

Unfortunately, there are a lot of churches like that. Filled with chronic complainers and control freaks. And if you’re in one of those situations, I’ve been there and I sympathize. In fact, I became overly-sensitive to any criticism for a long time because of having been criticized relentlessly and (mostly) undeservedly.