Home > 2018 > January
Innovative MinistryJanuary 22, 2018
Why I Won’t Be The Lead Pastor At Cornerstone Any More – But I'm Not Leaving
Pastoral transition is one of the most dangerous times in a congregation’s life. We need to get better at it.
Karl Vaters
Read as Single Page
Page 1 of 3 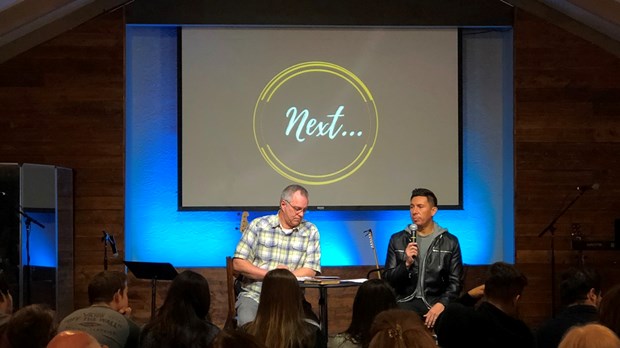 Hi, I’m Karl, and I’m still a small church pastor. But I won’t be in the first chair much longer.

On Sunday, my long-time youth pastor, Gary Garcia and I presented a plan for him to become the lead pastor of Cornerstone. I will stay on staff at the church, assuming the position of teaching pastor.

Pastoral transition is one of the most dangerous times in a congregation’s life. Probably more local churches have seen their mission and ministry crippled or ended by bad pastoral transitions than all other reasons combined.

Some of this is because the western church has a far-too-heavy reliance on the pastor’s role. Unlike many of my friends (and a lot of faithful readers), I don’t believe the pastor-led model of church is wrong. But we need to do it better. Especially in the hand-off.

I don’t believe the pastor-led model of church is wrong. But we need to do it better. Especially in the hand-off.

Over the next few weeks, Gary and I will spend time with our church members, walking through the steps toward transition. Then, we’ll spend a lot of time in the next year or two getting used to a lot of new realities together.

As we do this, I’ll write about some of it here, eventually turning the lessons we learn into a longer format, possibly a book.

For today, let me start by bringing you up to speed. This transition has been driven by several factors, but there are two that loom very large.

Let’s look at those, one at a time.

Since writing The Grasshopper Myth (which was released five years ago this month) my life and ministry have changed in so many ways. All of it for the good.

The book has taken off in a way no one could have anticipated – touching the lives of pastors and churches all over the world. And its third and fourth language translations (German and French) are underway.

The blog that I started in order to get a few extra things off my chest and hopefully gather a small community of like-minded pastors has grown exponentially, especially since moving here to ChristianityToday.com.

Why I Won’t Be The Lead Pastor At Cornerstone Any ...