14 Observations About The State Of Christian Denominations Today

Home > 2019 > April
Church & CultureApril 15, 2019
14 Observations About The State Of Christian Denominations Today
Denominations that support and enhance the biblical mission of the local church will thrive. Those that don't will continue to decline.
Karl Vaters 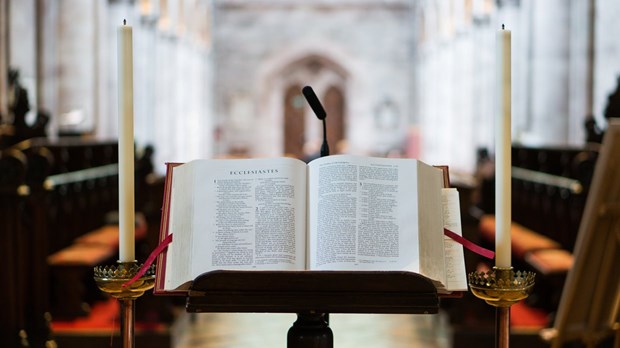 There are only two forms of the church that ultimately matter.

The universal church and the local church.

Everything else is an add-on. Including buildings, furniture, styles of music, types of preaching, curriculum, and the subject of today’s article, denominations.

I’m not against denominations. I’ve been in one my whole life and it’s been a blessing to our church and to me personally.

But, like church buildings, pews, choir robes or skinny jeans on the worship leader, it’s a temporary condition that has a limited life-span.

As I’ve traveled around the world over the last several years, I’ve ministered in churches of almost every denomination and non-denomination. By doing so, I’ve learned a lot about the state of denominations today.

Here are 14 of my observations:

1. We are in a post-denominational culture.

Like hymnbooks and pews bolted to the floor, there are still a lot of denominations around, but they’re becoming less common, especially among younger, newer churches.

Also like the changes from pews and hymnbooks to portable seats and video screens, this is not all good or all bad.

Baby Boomers are likely to be the last generation that will care, commit to, or fight over denominational labels.

Whether we like it or not, the Baby Boomers are likely to be the last generation that will care, commit to, or fight over denominational labels. (More on that in point 12.)

Big churches have the size, the money and the infrastructure to operate independently far more easily than small churches.

Plus, as I’ve pointed out in Small Church Essentials, bigger churches have a lot more in common with each other than small churches do, so they have a greater ability to lean on each other through conferences and informal networks.

But many small churches still depend on denominational support. A lot of them wouldn’t be able to survive without funds, programs, curriculum and other help from their denominational structure. So, even as most denominations downsize, there’s still a place for their structures, fellowship, accountability and financial support for a lot of struggling smaller congregations.

3. Non-denominational churches are starting to discover some of the problems of independence.

Big churches may not be as dependent on denominational support as their small church counterparts, but flying alone has hazards – as many of them are coming to realize – especially when there’s a scandal, a tragedy or a pastoral transition.

Because of this, several uber-large churches are starting quasi-denominations of their own. They may call themselves multi-site, associations or partnerships, but most of them are nascent denominations under a different name.

This isn’t wrong, or even dishonest. Most of them are organizing and will operate their associations very differently than the way denominations have been run, so it’s appropriate that they call them by a different name.

4. The stronger the denominational tie they have, the more likely the church is to be weak.

I want to say this carefully and lovingly. But I have to say it because I see it a lot.

When a church’s denominational statements are more evident than their mission statement, they will draw almost no one who isn’t already in on the language, the traditions and the history.

It’s very hard to find vibrant, healthy, effective churches that make statements like “we do it this way because we’re (insert denomination here)”. When a church’s denominational statements are more evident than their mission statement, they will draw almost no one who isn’t already in on the language, the traditions and the history.

If your church has a strong denominational relationship, keep it. But be careful about making your denomination your identity.

5. The denomination can support the church’s vision, but it shouldn’t set their vision.

Churches that take their entire lead from their denomination about what programs to run, what their theme for the year will be and so on, tend to be less healthy and effective.

When churches take their lead from where God is guiding them for their congregation and community, they tend to be more effective. The denominational program can support that vision, but should not be relied upon to give them their vision.

6. There is more variety among churches within a denomination than there used to be.

A generation ago, if you were familiar with a denomination, you could go to almost any church within that group and have a similar experience. No matter the size of the church, the region of the country, urban, suburban or rural, there were more similarities than differences among churches within the denomination.

Today you can go to different churches of the same denomination in the same town and have significantly different experiences. Not theologically, in most cases, but operationally. You’ll sing different songs, in different styles, with different programs for youth and kids, and more.

Common ground is more likely to be found among churches of the same size, or in similar types of towns, than across a denomination.

Common ground is more likely to be found among churches of the same size, or in similar types of towns, than across a denomination.

7. Denominations that are thriving are networking with their churches, not dictating to them.

If you take a look at any of the recent survey results about church growth and health denominationally, it’s almost universally the case that strong, top-down hierarchical denominations are struggling or declining, while those that offer support and networking with fewer hierarchical structures are more likely to be maintaining or growing.

A hierarchical denominational structure used to be perceived of as a sign of strength, confidence and solidity. Today, it’s considered restrictive, patriarchal and out of touch.

8. Denominations that are thriving are holding pastors and churches accountable for their moral choices, not sweeping them under the rug.

It’s not the crime, it’s the cover-up.

That was the lesson of Watergate, and of every other scandal before and after it.

Especially now, when information can be shared so readily, those who try to cover up the sins of their members instead of dealing with them will be exposed and suffer the consequences of it. As they should be.

No organization is without fault. The issue for most people of good will isn’t whether there are people within the group who violate moral principles, but how the organization (whether a church, business or denomination) deals with it.

Especially as the body of Christ, we have a moral imperative to behave with integrity, hold ourselves accountable when we don’t, and offer contrition and recompense to those who have been sinned against.

If our denominational structures aren’t holding leaders accountable and protecting the vulnerable, what possible reason can we have to justify our existence?

If our denominational structures aren’t holding leaders accountable and protecting the vulnerable, what possible reason can we have to justify our existence?

In many cases, church members don’t even know what denomination their church is involved in.

10. Denominational churches tend to have much more loyalty to their regional office than the national office.

It’s not unusual to hear about a regional denominational official being a sympathetic sounding board to their pastors and churches – even to the point of fielding complaints against the leaders of the national or international body.

Because of this, denominations would do well to strengthen local ties and bring more support to those who are ministering closer to the local church.

Interestingly, these ties are often theological, not just stylistic and structural. Denominations that are drifting from their historic theological beliefs tend to do so from the national level, causing a massive disconnect and distrust from the average church, pastor and member.

11. It can be easier for big churches to leave their denomination, but almost impossible for small churches to do so.

There are a handful of movements that are starting up to replace what is being lost denominationally. Some are based on theological disagreements, some based on methodological differences.

Big churches are far more capable of making up for these losses than small churches are, so the exodus of big churches with significant resources causes a further decline in the denomination, which makes the group they left even less able to help small, struggling churches.

This is not a complaint against big churches that often have valid reasons to leave, but it is a reality that we need to acknowledge if we ever hope to address it.

12. Fewer pastors and church members see their denomination as something worth fighting for – or over – anymore.

As I stated at the start of this article, there are two forms of the church that ultimately matter. The local church and the universal church.

Newer generations are taking this more to heart than the last few generations did. The generation that cared enough about denominationalism to fight about it is dying out. Literally.

Denominations that reinforce a strong biblical worldview while adopting new methods have the best chance of thriving. Those that undermine or under-emphasize those principles will wither and die.

The good news for biblically-based denominations is that they can survive and thrive – even though they will look a lot different – without compromising their core theological values.

So the good news for biblically-based denominations is that they can survive and thrive – even though they will look a lot different – without compromising their core theological values.

In fact, reinforcing biblical principles carries the side benefit of strengthening the denomination and the churches within it.

14. Denominations will look very different in a decade or two.

It’s very likely that some longstanding denominations will cease to exist in the next 10 to 20 years. And it’s an absolute certainty that those who survive will do so because they make some radical structural changes that will cause them to look and function very differently.

They say the best time to plant a tree is 20 years ago, and the second best time is today.

This is true of denominational change. Denominations that have already begun necessary changes have a chance of surviving. Those that don’t get serious about it now, won’t. And those that change what should never be changed – well that’s just poisoning the roots.

Thankfully, the future of the church doesn’t depend on any denomination, group, or theological tradition. It depends on one thing only. Jesus’ promise to build it.

14 Observations About The State Of Christian Denominations Today