9 Questions To Ask Before Rebooting Or Revitalizing A Church

Home > 2019 > July
Innovative MinistryJuly 18, 2019
9 Questions To Ask Before Rebooting Or Revitalizing A Church
Rebooting or revitalizing an existing church is a huge undertaking. But when it’s done well, it’s extremely rewarding.
Karl Vaters 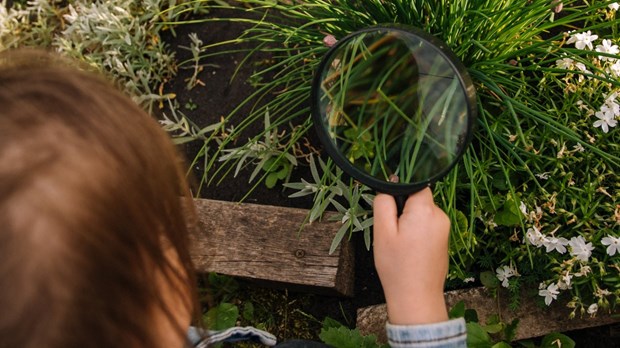 They say it’s easier to have a baby than to raise the dead.

That’s one reason many pastors choose to plant a church rather than turn an existing one around. (Other reasons include the importance of fresh, new churches and a little thing known as God’s call, of course).

But most pastors aren’t called to plant churches. We’re called to invest into existing churches. Many times, those churches are in various degrees of ill-health and require a massive turnaround effort – the ‘resurrection’ mentioned in my opening sentence. At other times, we can take a relatively healthy church and use a revitalization process to turbocharge it.

In a previous post, It's Time For A Church Transition: Should The Pastor Leave? Hand Off? Or Reboot?, I talked about the three main options for a pastor when an existing church needs a major turnaround. Today, we’ll look at what needs to be done when rebooting is the right choice.

While I’m using reboot, revitalization and turnaround interchangeably in this article, each of those has subtle differences that vary depending on who you talk to. But I’m using them to describe a process that includes the following elements:

A. It causes a major change in how a church conducts itself

B. It happens in a relatively short period of time

C. The change is obvious and noticeable

Whatever you call it, over the last 26 years, our church has walked through four major reboots/revitalizations together, and I’ve learned that there are nine essential questions that must be asked and answered if this risky step is going to succeed.

1. Is a reboot necessary?

This is the first question, because it’s the most important one.

Not every church needs a reboot. Not even churches that aren’t getting bigger, or haven’t made major stylistic changes in a long time.

Reboots aren’t about keeping up with trends, or even about putting more people in the pews, they’re about staying healthy and effective in the ministry God has called you to do.

Something as big as a reboot should only be done when it’s necessary to keep pace with the mission.

Rebooting a church for the sake of change is always doomed to fail. Something as big as a reboot should only be done when it’s necessary to keep pace with the mission.

In many, maybe most churches, that will mean a revitalization at least every decade or so. But in many cases, like in smaller towns, churches with older members, and churches that have already had a lot of disruption, staying steady may be more important than shaking everything up.

The mission should guide everything we do.

2. Does the pastor have the church's trust?

A church reboot is a huge undertaking. Except in very extreme circumstances, it shouldn’t be done by a new pastor. And it certainly can’t be done by a pastor who has lost the church’s support.

It will take a great deal of relational and leadership capital to get the job done. Make sure you have that capital in the bank before starting to make withdrawals on it.

3. Do the leaders see the need for it?

A pastor can’t do this alone. It needs buy-in from the key leaders – both official and unofficial.

If key leaders don’t see the need for a turnaround, it will be impossible to carry it out.

If key leaders don’t see the need for a turnaround, it will be impossible to carry it out. Even if they say something like “I don’t see the need, but I’ll support it”, that won’t be enough to keep them on board.

Plus, the smaller the church, the fewer the number of non-supporters it will take to kill the reboot.

It may take some time to get the key people on board, but it’s time well-spent. Without it, don’t even try.

4. Are the people willing?

After making sure the leaders see the need, the regular members need to be willing to go through what it takes to get there.

This means being honest with the entire church about, not only the blessings the reboot will bring, but the challenges you’ll face in getting there. If you get them in agreement based on pie-in-the-sky promises, they’ll bail as soon as the task gets hard – which it will, and fast.

5. Can you put a transition team together?

Look around the church. In addition to the buy-in of the leadership, do you have a handful of people who will not just come up with new ideas, but who will help to bear the load of the work?

You’ll need people who can be creative, work together, dedicate a lot of time, and adapt as situations change.

6. Are you willing and able to invest the necessary time and energy?

A reboot takes a toll, emotionally, spiritually and even physically on the pastor who leads it.

If you’re already running at 90 to 100 percent (or more), you’ll need to offload at least 10 hours a week from your weekly schedule for the duration of the revitalization process.

7. Do you know what needs to be changed?

Knowing that something is wrong is a start, but it’s not enough. You need some idea of what must be changed.

Certainly the details of this will adjust as events unfold, but the greatest reboot plan in the world won’t do a church any good if you’re not changing what needs to be changed.

The greatest reboot plan in the world won’t do a church any good if you’re not changing what needs to be changed.

The only way to discover what needs to change is to stop thinking about your church as a series of events, methods and programs, and start with some essential questions such as…

What does our church exist to do?

How well are we doing it?

And what do we need to change in order to make that mission central again?

8. Are you willing to kill some sacred cows?

It’s easy to make clever quips like “sacred cows make great hamburgers.” It’s something else to actually sacrifice the ideas you love.

But we must. All of us must. Starting with us, pastor.

Before we ask our congregations to let go of their sacred cows, we need to ask which ones of ours we’re willing to sacrifice. In this, as in every other area of leadership, our example will carry more influence than anything we say.

9. Do you know what you're aiming for?

This is related to Point #7: Do you know what needs to be changed?, but takes it a step further.

You must have some idea of where you want the reboot to take you.

You don’t need an exact picture. In fact, it’s best that you don’t, since it’s important to stay open to new ideas and changing events. But if you don’t have some sense of what your preferred future looks like, you’ll have no idea what direction to start walking in.

You Can Do This

Rebooting and revitalizing an existing church is one of the hardest tasks any pastor will ever take on. But when it’s done well, it’s also one of the most rewarding.

It will cost you something. It will bring changes you didn’t expect – including some you may not like.

But, in the end, the cost of not rebooting a church that needs it is far greater than the cost of staying the same.

9 Questions To Ask Before Rebooting Or Revitalizing A Church