Christians Are Not Afraid Of New Evidence, We Seek It Out

Home > 2019 > October
Church & CultureOctober 08, 2019
Christians Are Not Afraid Of New Evidence, We Seek It Out
We should seek truth wherever it may be found, because we serve the author of all truth.
Karl Vaters
Read as Single Page
Page 1 of 2 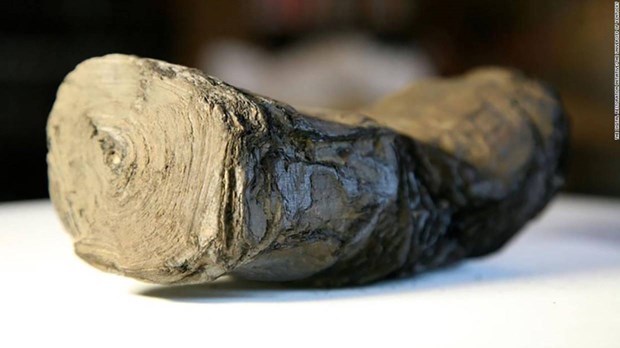 Christianity has always been a faith in pursuit of the truth. Because of that, we’re not afraid of solid scientific research. In fact, we support it.

After all, our faith rests, not on a set of ideas or behaviors, but on a verifiable historical fact, the bodily resurrection of Jesus.

Plus, the library of books we rely on (also known as the Bible) is filled with names, dates, places and events that correspond to other historical and geographical sources.

Here's a case in point, from a very recent CNN article entitled, Scientists hope to digitally unravel scrolls charred by Vesuvius with light 10 billion times brighter than the sun.

The article describes how a team of scientists from the University of Kentucky are using extremely cutting-edge technology to read a scroll (as seen in the above photo) that was buried and preserved by Mount Vesuvius in AD 79. The scroll is too fragile to unroll, but this technology will hopefully allow them to read it anyway.

W. Brent Seales is the head of the University of Kentucky's Digital Restoration Initiative and is also a Christian. According to CNN, Seales “hopes they might end up reading an early Christian text, which could have been written in the same time period as the eruption of Vesuvius. Regardless, he says the overall academic effort to ‘remain educated’ motivates the quest.”

This should be an encouragement to everyone who gets discouraged, as I sometimes do, with the anti-education bent that is too often displayed by some fellow believers.

Remaining educated about the truth has always been a primary characteristic of serious Christian thought.

Remaining educated about the truth has always been a primary characteristic of serious Christian thought. And it must remain so.

The Truth Will Set You Free

To deny or twist the truth is a betrayal of the very Jesus we say we serve. After all, he proclaimed that he was and is “the way, the truth and the life” (John 14:6). And he told us “you will know the truth and the truth shall set you free” (John 8:32).

This recent search for more information in the ruins of Vesuvius is not new among Christians. Every year there are dozens, sometimes hundreds of new discoveries made by archaeologists who keep finding items that verify the Biblical record.

In just the last few months, for instance, digs in the Middle East appear to have unearthed the town of Emmaus (previously only known from the post-resurrection narrative in Luke 24) and Gath, the hometown of Goliath.

Christians Are Not Afraid Of New Evidence, We Seek It Out