Home > 2019 > October
Innovative MinistryOctober 02, 2019
“Get More People In The Room” Is Dead. Here’s What’s Replacing It
Size is no longer considered a sign of health by the average church member or spiritual seeker.
Karl Vaters 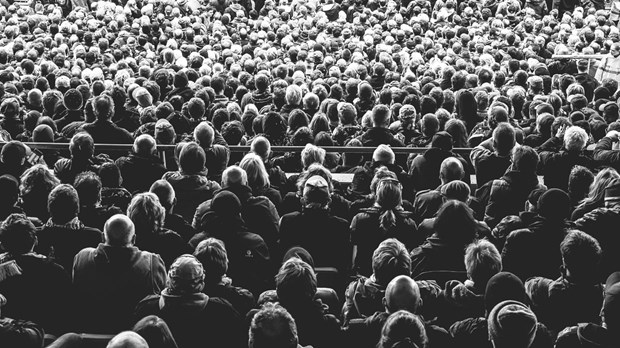 There are very few pastors who would say that bigger churches are inherently better than smaller churches. But most pastors believe it would be better if their church got bigger.

Not only do most pastors want their churches to get bigger, they believe it’s worth an extraordinary expenditure of time, effort and money to make numerical increase happen.

Most of our congregation members don’t agree.

This disparity between pastoral desires and congregational expectations is a relatively new phenomenon. There are a lot of pastors who haven’t caught up with this reality.

Most of their church members don’t agree that getting more people in the room is necessarily better for their church. And it’s not because they’re not concerned about evangelism. Something else is going on here.

A Generational Shift Regarding Church Growth

Less than a generation ago, if a pastor promoted a building campaign, almost everyone in the church would step up. They’d get excited by it, give extra offerings for it, and see it as a positive sign of health for the church.

It was unquestioned – if your church was healthy, it would grow, and if it grew it would need bigger buildings.

But size is no longer considered the obvious sign of health that it used to be. At least not by the average church member. And certainly not by the spiritual seeker.

Bigger is no longer considered better, and things that get better are no longer expected to get bigger as a result.

So, if getting more people in the room is no longer considered to be either a healthy goal or an inevitable result of a healthy church, what’s replacing it?

His (and my) essential point is that newer generations are less concerned with sitting passively in a church service than they are with engaging in the life of the church. And churches that want to attract and retain them will provide them with opportunities to do so.

This is a positive move towards greater health and effectiveness that should be recognized, embraced and encouraged.

At the same time Carey was writing 5 Reasons Why Engagement Is the New Attendance, I was teaching a segment in conferences called Influence Is the New Attendance. At first I thought he and I might be dealing with the same subject under slightly different terms. But we weren’t. While our concerns are similar, even overlapping, there are important distinctions between the two.

In bigger churches, getting people to be less passive and more engaged is an important step. But in smaller churches, congregation members are typically quite engaged in the life of the church (sometimes too engaged!) but it’s not always translating into greater influence outside the church walls.

Connection is easier today than ever before. The device you are currently reading is a window to a world that was inconceivable just a few years ago. It’s made us more connected than ever. And more distracted. And more alone.

While friendships can begin online, and long-distance relationships can feel less distant through regular e-contact, true relationship requires the face-to-face connectivity that churches need to foster.

This can happen in small churches and big – usually through healthy small group systems in larger churches – but it’s more important to be strategic about this than it has ever been before.

Relationship is the engine that drives both engagement and influence.

Deeper is better than bigger.

Deeper in prayer, in discipleship, in relationship, in worship, in outreach, you name it.

More is (relatively) easy. It’s also more visible than going deep – and it can happen much faster. Which may be why we’ve put so much time and attention into getting bigger.

This is the most hyped generation ever. When (if) they go to church, they can spot the hype – and how badly we’re doing it – immediately.

Deeper is better. And healthier. And it sustains.

There has to be a better reason to get together, whether in small groups or large.

Churches that are impacting this and future generations will move beyond getting more people in the room.

Getting more people in the room isn’t bad, but it’s not enough. We need to offer more to our church members, and expect more from them.