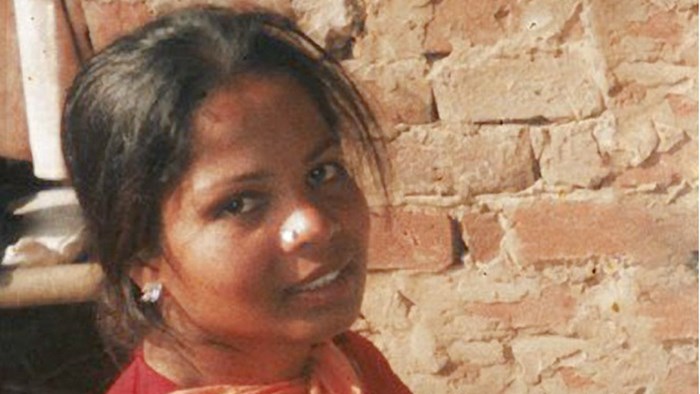 (WWM) One of today's most prominent persecuted Christians has been allowed to appeal her death penalty for blasphemy to Pakistan's highest court.

Until the Supreme Court in Islamabad, the Muslim nation's capital city, reaches its final decision, Aasiya Noreen (popularly known as Asia Bibi) cannot be killed. For now, the court has temporarily stayed her execution pending a full review of her case.

Commentators praised the Supreme Court for its courage to hear the appeal in the face of strong public sentiment against anyone seen to denigrate Islam, with some calling it a “historic day for Pakistan.”

Her lawyer, Saiful Malook, appeared in front of three Supreme Court judges at the first hearing today. He explained her prospects in a thorough report by Morning Star News.

After her appeal in Lahore's High Court was unsuccessful in October 2014, this is now the last chance for Noreen, the mother of five children, to appeal that her conviction should never have been allowed, due to inadmissible evidence.

The Lahore judges who rejected her appeal conceded that they had based their ruling on a technicality, which they recommended be eliminated in the future to make it much more difficult to achieve blasphemy convictions.

The judges explained they had no choice but to reject the appeal, given the way Pakistan’s laws are written, and turned to lawmakers to craft legislation that would empower trial courts to apply a test that would reduce charges of blasphemy. That test was not in place when Noreen was tried.

No more has yet been heard about what progress, if any, the lawmakers have made on this point.

Noreen's case has attracted worldwide attention and led to widespread criticism of Pakistan’s blasphemy laws, as well as raised hopes the laws would finally be amended. A Christian teenager received Pakistan's first exoneration for blasphemy in 2013.

Noreen, 50, was the first woman to be sentenced to death under Pakistan’s blasphemy laws when she received the punishment in November 2010, after allegedly making derogatory comments about the Prophet Muhammad during an argument with a Muslim woman. She was found guilty of blasphemy under Article 295C of Pakistan’s penal code, which imposes death sentences for offenses of defamation against Muhammad.

The Muslim woman had refused water from Noreen, a colleague, on the grounds that it was “unclean” because it had been handled by a Christian. The Muslim woman and her sister were the only two witnesses in the case, but the defense failed to convince judges that their evidence lacked credibility.

Noreen was first arrested in the summer of 2009, and has since been confined to prison, mostly in the high-security District Jail Sheikhupura, 22 miles northwest of Lahore, and now in the women‘s jail in Multan.

In the High Court appeal hearing in October 2014, Noreen’s lawyer, Naeem Shakir, had argued that the main complainant in the case, the local Muslim cleric Mohamed Salaam, had not heard Noreen blaspheme. Salaam's original complaint, known as a first information report, had been lodged five days after the women’s quarrel. Salaam has since been filmed by an international film crew, who made a film about Noreen this spring, stating it is his religious obligation to defend the dignity of the prophet and that is why he decided to be a witness before the court.

Her other main accuser, the owner of the field in which she worked, Mohamed Imran, was not present at the time of the quarrel either.

In April, Noreen’s family met Pope Francis at the Vatican, where he prayed for her and for all suffering Christians. Shortly before her family traveled to Rome, it was announced that she was suffering from intestinal bleeding and needed urgent medical care. Her family announced that Noreen was “so weak she can hardly walk” after their latest monthly visit.

In March, she was made an honorary citizen of Paris in a show of support by the city’s mayor, Anne Hidalgo. The mayor's statement said receiving the award is a “rare distinction granted to the world’s most emblematic defenders of human rights. We must support Asia Bibi, because women in all regions of the world are the first victims of an order which theocrats, who twist the messages of all religions, try to impose.”

Campaigners across the world have helped raise Noreen's profile, following the successful petition for the release of Meriam Ibrahim, a Sudanese Christian woman who was also sentenced to death for blasphemy last summer.

To date, nearly 700,000 people have signed a Voice of the Martyrs petition on Noreen's behalf. More than 580,000 people have added their signatures to a campaign by Change.org. The woman who started the campaign, Emily Clarke, said “people have not forgotten Asia Bibi even though she was sentenced to death over five years ago.” Another petition, by CitizenGO, has gathered more than 625,000 signatures.

Al Jazeera profiled Noreen's plight and published the court documents of her case.

In 2011, Salmaan Taseer, the governor of the Punjab, and Shahbaz Bhatti, the national minorities’ minister, were shot dead because of their support for Noreen and criticism of what Clarke calls “Pakistan’s barbaric blasphemy laws.”

The crime of blasphemy was enshrined into Pakistani law under British rule, but strengthened during the years of military dictator Muhammad Zia-ul-Haq.

However, in recent years Pakistan, which is 96 percent Muslim, has seen a surge in accusations of insulting Islam, claims an Islamabad-based think tank, the Center for Research and Security Studies.

Analysts say that accusations are frequently used to settle scores, or as a front for property grabs.

Charges are hard to fight because the law does not define blasphemy, so presenting the evidence can itself sometimes be considered a fresh infringement.

If found guilty, defendants can expect the death penalty. But those accused are often lynched, or languish for years in jail without trial because lawyers are too afraid to defend them.

“Blasphemy accusations in Pakistan are often used to settle petty vendettas and persecute minority groups,” said Kate Allen, UK Director of Amnesty International in December 2014, as part of a plea for the release of Mohammad Asghar, a 70-year-old British Muslim grandfather also on death row. “Pakistan should get rid of these poisonous blasphemy laws. It’s a complete disgrace that the courts are complicit in these vendettas.”

In June, however, the president of the British Pakistani Christian Association, Wilson Chowdhry, said any changes to the blasphemy law would, in reality, have little effect because of “local police authorities cowing under pressure from mobs led by local imams.”

Fifteen Pakistani Christians are currently believed to be facing the death penalty for blasphemy, including Sawan Masih, whose alleged blasphemy during a conversation with a Muslim friend in March 2013 resulted in the looting and torching of hundreds of homes within the predominantly Christian Joseph Colony in which he lived. (In 2013, four Christians were acquitted of blasphemy.)

Earlier this year, Pakistan was ranked No. 8 on Open Doors' World Watch List for the second year in a row. The US Commission on International Religious Freedom also recommended that Pakistan be listed as a "Country of Particular Concern" for its egregious religious freedom violations.

In March, more than a dozen Christians were killed after suicide bombers attacked Sunday services in Pakistan's largest Christian neighborhood. In 2014, a mob beat and burned to death a pregnant wife and husband over blasphemy rumors. More than 80 Christians lost their lives after bombs went off following a church service at All Saints Church in Peshawar in 2013. Previous high-profile attacks against Christians came that same year at Lahore's Joseph Colony and in Gojra in 2009.