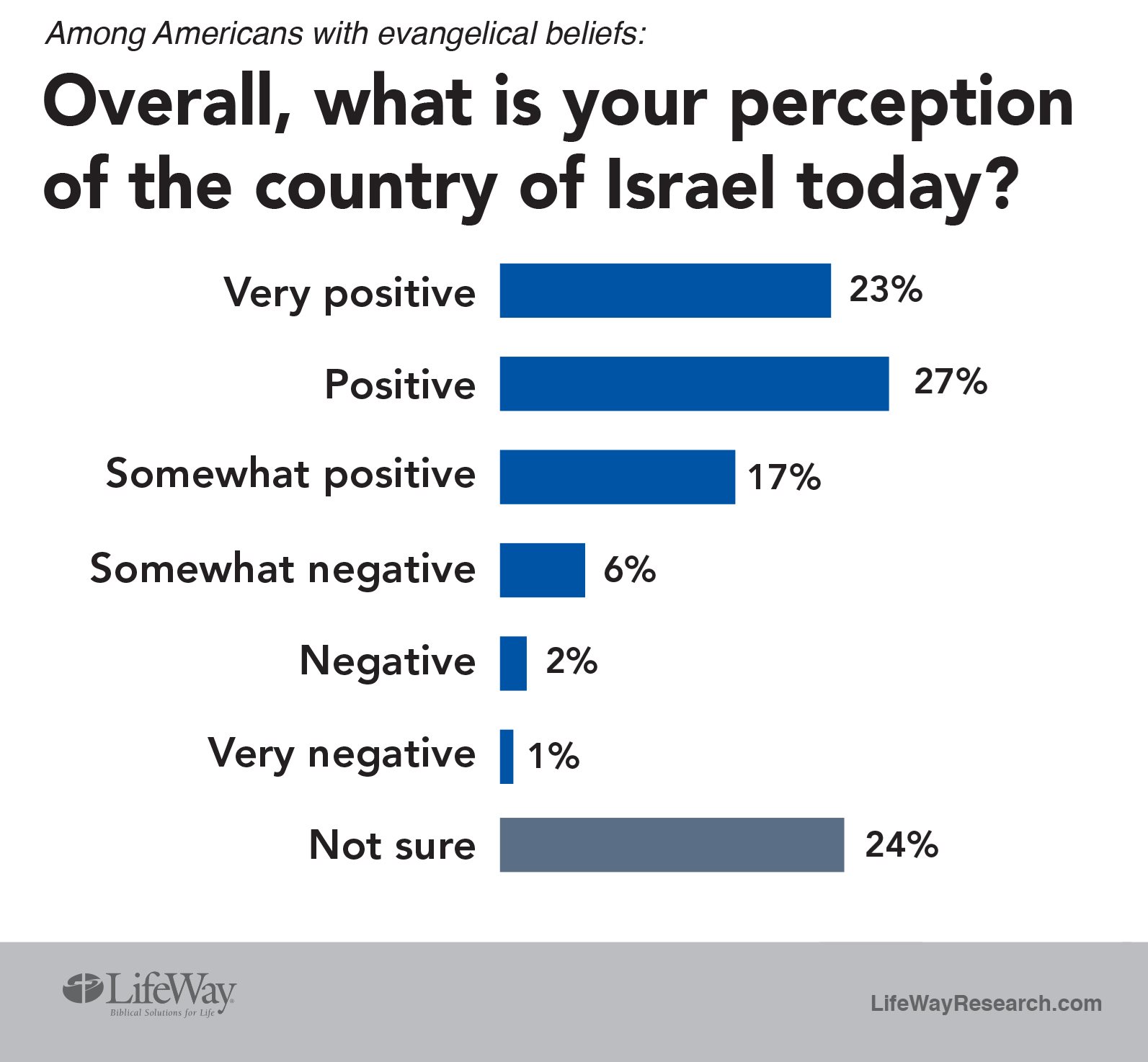 Three-quarters (77%) of evangelicals 65 and older say they support the existence, security and prosperity of Israel. That drops to 58 percent among younger evangelicals, those 18 to 34.

Four in 10 younger evangelicals (41%) have no strong views about Israel.

And they are less sure Israel’s rebirth in 1948 was a good thing.

“For the most part, younger evangelicals are indifferent about Israel,” said Scott McConnell, executive director of LifeWay Research.

Overall, this group was supportive of Israel.

Few (14%) agree when asked whether Israel’s rebirth was an injustice to Arabs in the Middle East. Fifty percent disagree. Thirty-six percent are not sure.

About a quarter (22%) say modern Israel has been unfair to Palestinians. Forty-one percent ...