Even America’s most gun-friendly religious group agrees with the rest of the nation on certain proposals to limit access.
Kate Shellnutt
February 26, 2018 10:12 AM 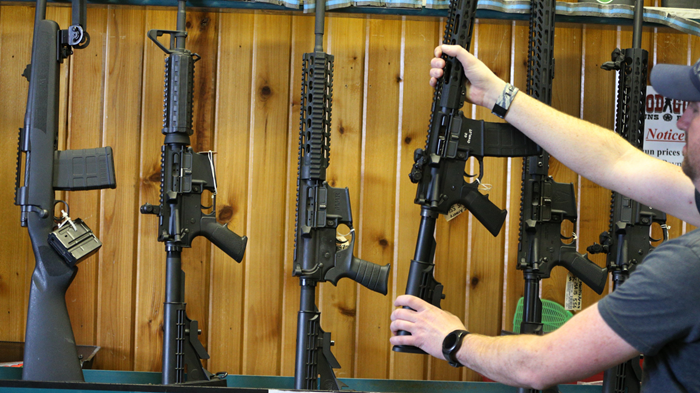 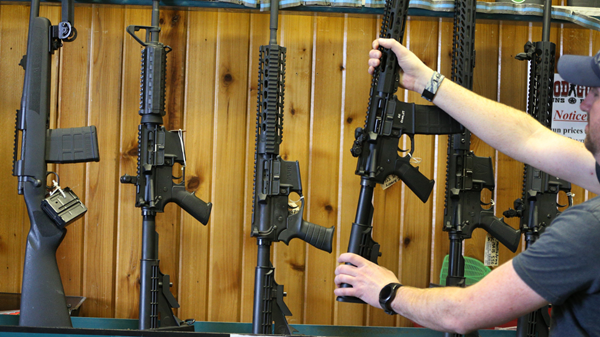 White evangelicals hold the same views as most Americans on many proposals to restrict access to guns, but are also among the biggest advocates for a more divisive idea that has come up following the Parkland, Florida, school shooting: arming classroom teachers.

Along with Americans across religious groups, white evangelicals strongly support laws to prevent people with mental illnesses from purchasing guns and to require background checks to purchase firearms at gun shows or through private sales, according to 2017 Pew Research Center data provided to CT.

Though white evangelicals tend to be less eager to see the government adopt stricter gun laws, they actually show similar levels of support for individual policy measures as the rest of the country.

White evangelicals resemble Americans on average when it comes to banning gun sales to those on federal no-fly or terrorist watch lists (86% vs. 83%) as well as banning assault-style weapons, such as the AR-15 used in several recent mass shootings (63% vs. 68%), Pew reported. (Though two-thirds of black Protestants identify as evangelicals, Pew could not break them out on many questions due to small sample size.)

Last week, Christian Broadcasting Network (CBN) founder Pat Robertson spoke out in favor of banning automatic weapons and using background checks to screen for mental illness. A group of 15 evangelical leaders has launched a petition urging fellow believers to call for “common-sense gun laws” in addition to praying over the threat of gun violence.

“We’ve been actively reaching out to evangelical leaders, mostly behind the scenes, and are finding many that are distressed by our seemingly unrestrained enthusiasm for easy gun access,” Rob Schenck, the pastor behind the Prayers and Action petition as well as an acclaimed 2015 documentary on gun policy, told The Huffington Post.

“The perception that all evangelicals have a kind of bloodlust for firearms, that’s not true, particularly when it comes to under-40 evangelicals and their pastors.” 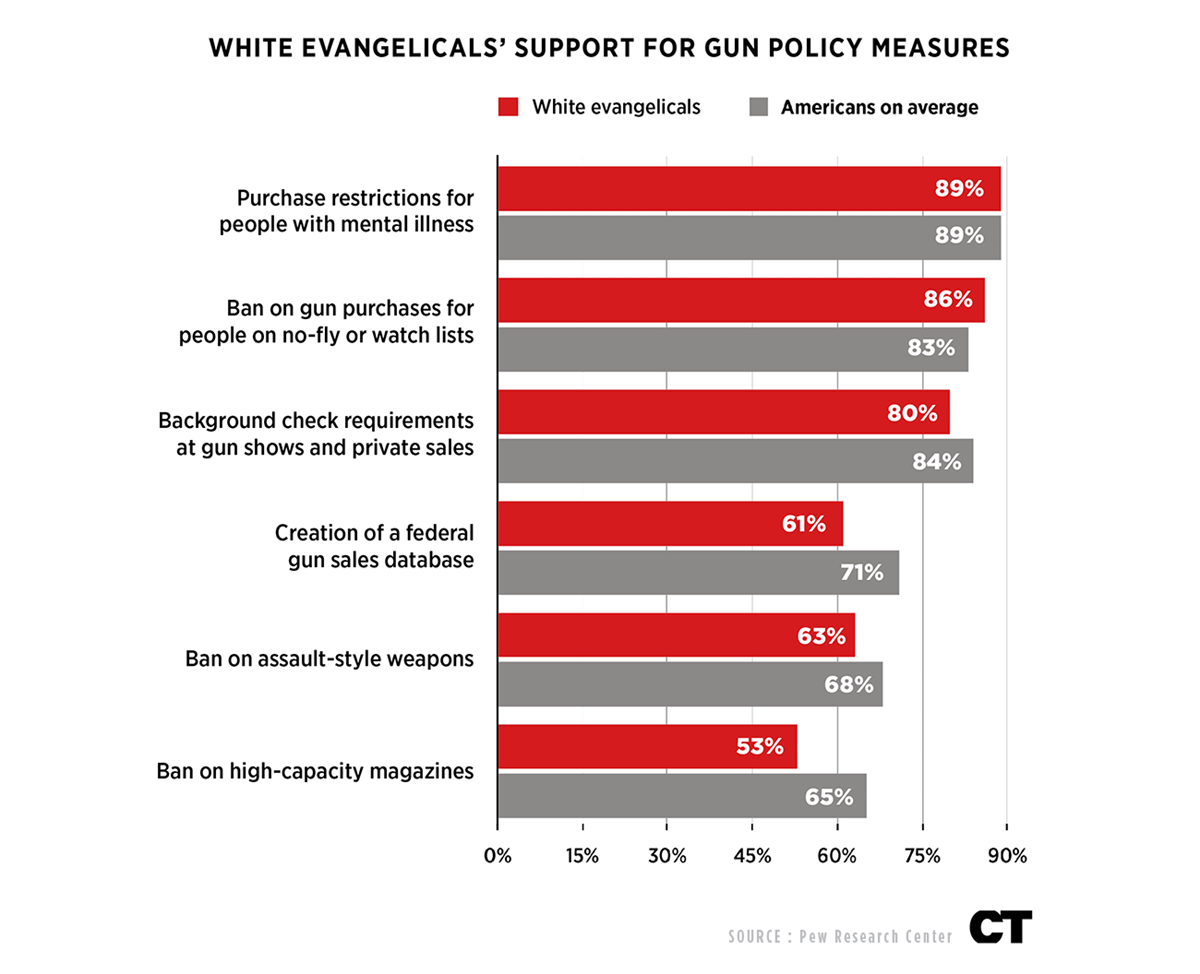 Evangelicals (58%) were more likely than conservatives (46%) and Republicans (45%) to support gun control reform, with 1 in 3 strongly supporting stricter laws, the poll found. But its multiethnic evangelical sample was still less likely than voters on average (64%) to back stricter laws, with nearly a quarter “strongly opposed” (more than any other religious group).

In the poll, conducted in the past week, evangelicals were less likely than American voters overall to support stricter gun laws (60% vs. 68%) or making gun law reform a congressional priority (57% vs. 64%).

“It’s wise to examine existing gun laws and ask if there changes or additions that need to be made, and also ask whether the myriad of relevant laws already on the books are being adequately enforced,” Jim Daly, president of Focus on the Family, wrote in a blog post Tuesday. “This is the role of our legislature.”

He went on to say that gun reform would not be enough to prevent mass shootings. “The current debate has to be about more than guns,” Daly said. “What’s being protested is a symptom of a much larger problem. You cannot legislate away evil. No laws on the books can change the human heart.”

Despite their support for various restrictions, Pew found that white evangelicals still stand out on policies related to gun owners’ rights.

They are significantly more likely to endorse policies to expand concealed carry locations, with 28 percent wanting to see concealed carry allowed in more places, compared to 19 percent of mainline Protestants or unaffiliated Americans and 17 percent of Catholics, according to Pew.

White evangelicals are also the religious group most likely to get behind the idea of allowing K-12 teachers to carry guns in the classroom as a protective measure, with 31 percent in favor. Just 18 percent of Americans on average want to see teachers armed.

This proposal, endorsed by President Donald Trump, has generated a lot of discussion on both sides after the Parkland shooting.

“I am a teacher, and I am a Christian. If our government wants to force me to carry a gun, they can call me a conscientious objector,” Seattle-area teacher Ryan Morey wrote. “Some trust in horses and others in chariots, I will praise the Lord. I will not live by the sword, but I will trust in God. I will love my neighbor—even my enemies.”

Supporters believe that educators with firearms could deter would-be school shooters or stop them before they kill students; at least eight states currently permit some teachers to carry firearms on school property.

As CT reported in its examination of Pew’s data on who loves God and guns, evangelicals themselves are more likely than members of other faith groups or the average citizen to own a firearm. But the most faithful aren’t packing the most heat:

Meanwhile, churchgoing gun owners are more likely to belong to the National Rifle Association (NRA), which has been targeted in the latest round of advocacy for stricter gun laws:

A quarter of gun-owning white evangelicals as well as white mainliners are members of the NRA, more than gun-owning nones (10%), Catholics (21%), or Americans overall (19%).

Subscribe to CT and get one year free
Tags:
GunsLaw and LegislationViolence
Posted by:
Kate Shellnutt