The elders: There is “a fracture in our church marked by disbelief, confusion, fear, and hurt.”
Emily McFarlan Miller – Religion News Service
July 24, 2019 7:20 AM 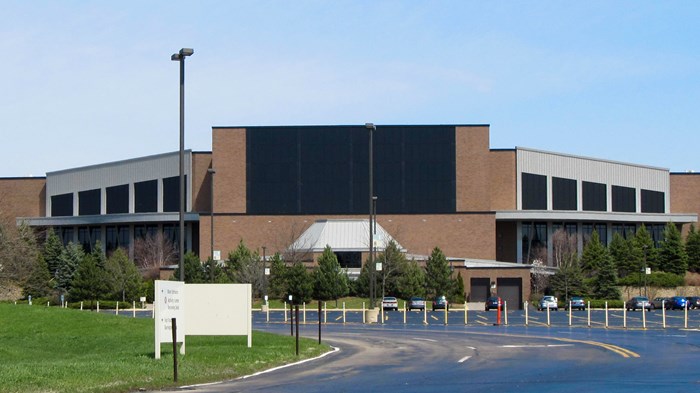 That’s how elder Shoji Boldt described Willow Creek Community Church at a service of worship and reflection on Tuesday night on the church's main campus in suburban South Barrington.

“We are a house divided on whether we need to dig in and why can't we just move on?” Boldt said.

The service, perhaps the first led by the church's elders, was the latest attempt by one of the nation's largest and most influential evangelical megachurches to move past the controversy surrounding founding pastor Bill Hybels.

Elder Steve Kang said some there wondered why they still were talking about events that had happened in the past. But, Kang said, they weren't just there to apologize for Hybels and the church's handling of the allegations against its former pastor, but also to reconcile with God and with each other.

Allegations of sexual misconduct against Hybels have dominated the news about Willow Creek since they were made public in a March 2018 report in the Chicago Tribune.

Attendance and giving have dropped across the church’s eight Chicago-area campuses. Its entire elder board and the two pastors tasked with leading the church after Hybels retired early — lead pastor Heather Larson and lead teaching pastor Steve Carter — all have stepped down.

After initial denials from church leadership, an independent advisory group found the allegations of misconduct, which also included abuse of power, were credible.

Hybels has publicly denied all the allegations.

He and his wife, Lynne, founded Willow Creek in 1975 after surveying hundreds of people about what they were looking for in a church.

It grew to be hugely influential, pioneering the performance-style worship now popular in many churches, affirming women’s leadership when many evangelical churches barred them from preaching and becoming involved in global issues like the AIDS crisis. Hybels eventually would serve as a spiritual advisor to the Chicago Bears and former president Bill Clinton.

But, Hybels said in a 2005 interview with Religion News Service, he never intended to be a pastor and always thought he’d go into his family’s produce business.

“No one is more surprised by the path my life took than I,” Hybels said at the time.

He had planned to retire last fall and leave the church in the hands of a new team of leaders. All of those leaders are now gone.

The new elders, who were installed in January, said there now is “a fracture in our church marked by disbelief, confusion, fear, and hurt” in an email update from elders sent to members on Friday.

“After such a traumatic experience, what does it look like to enter into a gospel-centered season of reconciliation?” the update said.

Hybels was not invited to attend or participate in Tuesday night’s service, according to the church.

"We have reached out to Bill Hybels; however, he has chosen not to engage in dialogue at this time," the elders said in the update.

During the service, Boldt said the elders so far have completed two of the four steps of the truth and reconciliation process outlined by South Africa's retired Anglican Archbishop Desmond Tutu, a process that had been recommended to them by the independent advisory group. That process includes telling the story, naming the hurts, granting forgiveness and renewing or releasing the relationship, she said.

“As we have had the opportunity to engage the stories, we were deeply grieved and disrupted at the core of our being. We are grieved by the personal toll on all of the individuals, on their emotional and physical health, their families and their livelihood,” she said.

“This is the godly grief that leads to repentance.”

The church will continue to move through that process, Boldt said.

But it won't be defined by trauma, she added.

“God has allowed this. He will not allow us to build our church marred by power, abuse, sexual sin and idolatry," she said. "Churches across the world are struggling with these similar issues and we have the opportunity to figure out how to make this right for the kingdom."

The church’s mission and vision remain the same as they ever were, elder John Sleeting said. And it expects to have a new senior pastor in place by the end of the year, he said.

And reconciliation is a process that doesn’t happen overnight, elder Mary Square added.

“We will have to live with this dichotomy of God using Willow and people to do amazing things while there was unaddressed sin going on and men and women being hurt,” elder Silvia Escobar said.

Not everybody is convinced that reconciliation may be possible at this point — or wise.

Going into the service, Rob Speight — a church member who describes himself as an advocate for the women who have come forward with allegations of misconduct against Hybels — said that the church's elders have never given a detailed account of the allegations against the pastor.

The service was what he expected, he said: “A lot of platitudes with virtually no substance."

Others who attended Tuesday night’s service said it gave them closure after a year of questions and controversy.

Several said they appreciated the elders’ focus on prayer and Scripture, including Wendy Wasilewski of Arlington Heights, who has attended the church for 28 years.

“I hope through this service there will be healing and people will focus on Jesus,” Wasilewski said.

Bonnie Garcia of Elgin, who has attended Willow Creek for 11 years, said she was “rocked” by the events of the last year.

Garcia said she wanted to believe the women who came forward with allegations of misconduct against Hybels. She also didn’t want to believe that could happen at a church that has done so much for the community — that a pastor who could preach such powerful sermons and write such great books could do such a thing.

“I’ve had my doubts: Do I continue to attend?” she said.

But Jesus always has been the head of the church to her, she said. That has never changed.

Garcia felt ready to move on, she said.

“We don’t need to keep wondering now,” she said. “It’s that closure for me.”