The “radical” pastor prayed for the president during an unannounced stop at his suburban DC megachurch.
Kate Shellnutt|June 3, 2019 07:36 AM 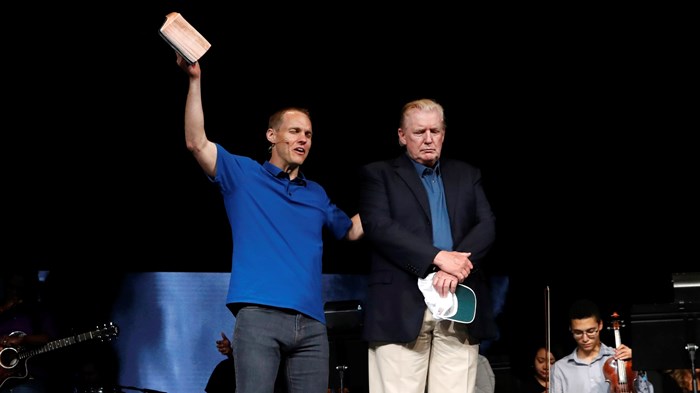 David Platt did not publicly sign on to Franklin Graham’s day of prayer for President Donald Trump. He is not a member of his White House faith advisors, he did not endorse him, and he is not known for weighing in on day-to-day political happenings.

But yesterday afternoon, when the president made a surprise visit to McLean Bible Church, the DC-area megachurch where Platt has served as teaching pastor for the past two years, the Southern Baptist preacher prayed for him from the stage.

Platt cited 1 Timothy 2—the passage Franklin Graham used in his call for churches to pray for the president that day—as he put his arm around Trump and offered a two-and-half minute prayer.

David Platt Asks God to Grant Trump ‘All the Grace ...