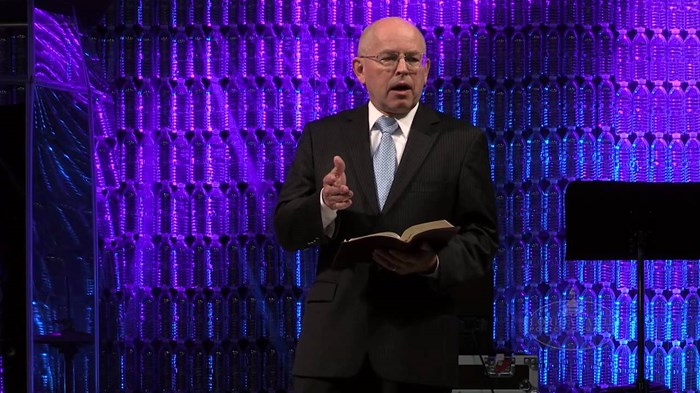 “My wife Margaret and I became aware of some heartbreaking examples of such things as severe sexual humiliation and degradation that had continued for decades, and another case of physical battering that had gone on for decades,” he told CT. “In all these situations the abused spouse had kept silent, believing that a Christian's duty was to preserve the marriage unless there was adultery or desertion, which had not happened.”

Grudem, a co-founder of the Council on Biblical Manhood and Womanhood, presented his new work on the topic at the Evangelical Theological Society annual meeting last week, in a talk entitled “Grounds for Divorce: Why I Now Believe There Are More than Two.”

In CT’s December issue, we looked at differing approaches among Christian counselors regarding restoration after abuse.

Earlier proponents of accepting abuse as grounds for divorce have pointed to Paul’s use of the verb “separate” in 1 Corinthians 7:15, arguing that the verse applies to a spouse fleeing the home for protection. But Grudem previously was not convinced.

The verse reads: “But if the unbelieving partner separates, let it be so. In such cases the brother or sister is not enslaved. God has called you to peace” (1 Cor. 7:15 ESV, italics added).

“Most commentaries assume that ‘in such cases’ refers only to cases of desertion by an unbeliever,” said Grudem. But upon further examination, he realized that the phrase appears nowhere else in the Bible. Grudem looked at 52 uses of the phrase in ancient Greek literature and found that “in such cases” usually does not just refer to the one scenario the writer already mentioned (i.e. an unbelieving partner) but to scenarios similar to that one.

“These examples led me to conclude that in 1 Cor. 7:15, the phrase “in such cases” should be understood to include any cases that similarly destroy a marriage,” said Grudem. Therefore, he concluded that abuse is such a case.

However, he clarified that restoration is still the first goal when the question of divorce comes up. If the abusing spouse is a Christian, then counseling and church discipline should be pursued, but if abuse doesn’t stop then a church leader should consider that this may be a case where the victim is free to seek a divorce.

Just over half of evangelical pastors (55%) believe divorce may be the best option in cases of domestic violence, while only 4 percent say a couple should never divorce, even when violence is present, according to a LifeWay Reseach survey.

The response from the ETS audience was “overwhelmingly positive and appreciative,” Grudem said, and he received few objections. “One woman afterward told me she counsels abused women, and she wept with tears when she read my outline. More than one person said to me afterward, ‘I came prepared to disagree with you, but you persuaded me.’”

Ariel Bovat, a clinical counselor working in domestic violence rehab, tweeted that Grudem was the MVP of ETS for his presentation. “This information will give so many women freedom from their abusers!” she wrote.

The issue of divorce in the case of abuse has been a subject of conversation among evangelicals in the #MeToo and #ChurchToo era.

The 2018 controversy around Southern Baptist leader Paige Patterson began when a recording of him advising a woman to submit to her abusive husband recirculated online. CT reported at the time that Patterson said he had advised and helped women leave abusive husbands, but stood by his commitment to never recommend divorce: “How could I as a minister of the gospel? The Bible makes clear the way in which God views divorce.”

A few years before, Grudem and other complementarian theologians took part in a theological debate around the nature of the Trinity, which had implications for their teachings on gender roles and female submission. Female complementarians in particular have spoken out against an over-emphasis on submission that would lead wives to believe they must submit to abusive husbands.