Leaders urge Americans to “put aside partisan politics” and pray in the spirit of 1 Timothy 2.
Kate Shellnutt|October 2, 2020 02:53 AM 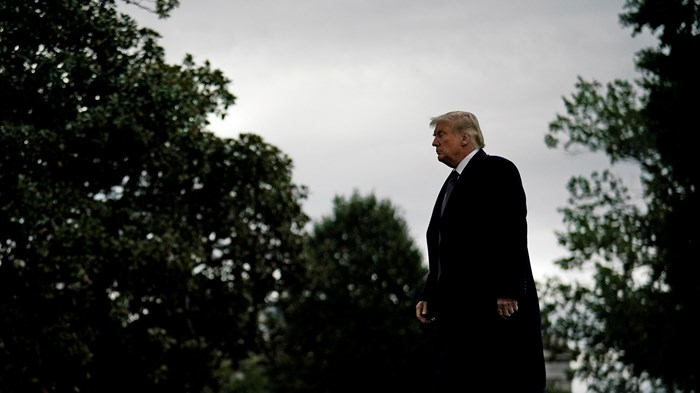 Instructed in Scripture to pray for “all those in authority,” Christians offered their prayers for President Donald Trump after he shared on Twitter late Thursday night that he and First Lady Melania Trump had tested positive for the coronavirus.

Several pastors and ministry leaders encouraged Americans that this was a time to pray for the president and the country regardless of their political stances.

Trump’s coronavirus infection comes a month before the election and following a busy campaign week that included multiple out-of-state events and the first presidential debate.

Twitter petitioners included pastor and evangelist Greg Laurie of Harvest Christian Fellowship in California. Laurie previously prayed with the president in the White House and had spoken up about the need for the church to “respond appropriately” to the threat of the coronavirus.

Eugene Cho, a former Seattle pastor who now leads the Christian advocacy organization Bread for the World, asked Twitter followers to “put aside partisan politics and genuinely lift up the President and FLOTUS in prayer.”

In their messages on Thursday night, some Christian leaders—like Joe Carter of The Gospel Coalition and McLean Bible Church, outside Washington—quoted from 1 Timothy 2:1–4: “I urge, then, first of all, that petitions, prayers, intercession and thanksgiving be made for all people—for kings and all those in authority, that we may live peaceful and quiet lives in all godliness and holiness. This is good, and pleases God our Savior, who wants all people to be saved and to come to a knowledge of the truth.”

The passage has long inspired Christians to pray regularly for the president, regardless of who is in office, and has trended online on landmark dates during Trump’s presidency.

As CT previously reported, searches for 1 Timothy 2:2 reached 10 times the average on the day after the 2016 presidential election, according to the popular Bible site Bible Gateway, and increased again around the inauguration the following January, according to Google Trends. It was the theme for a 2019 day of prayer for Trump organized by Franklin Graham.

Ronnie Floyd, president and CEO of the Southern Baptist Convention Executive Committee and president of the National Day of Prayer task force, told CT last year, “As a pastor of Southern Baptist churches for more than 40 years, I do not recall a time when there wasn’t prayer for our nation, our president, and our elected leaders during our Sunday services, regardless of which party was in power. Why? We are instructed in 1 Timothy 2 to pray for those in authority.”

Many of those who pray regularly for the president pray not only for his leadership and policies but also specifically for his health. At a recent Evangelicals for Trump rally, supporters brought up how they have prayed more urgently for the president’s protection as the election nears.

Another line from Scripture referenced in tweets on Trump’s behalf was 2 Chronicles 7:14: “If my people, who are called by my name, will humble themselves and pray and seek my face and turn from their wicked ways, then I will hear from heaven, and I will forgive their sin and will heal their land.”

Despite the politicization around the coronavirus response, white evangelicals are as worried about the spread of COVID-19 as the rest of the population (70 percent say they remain concerned) and as likely to know someone infected with the disease, according to a Data for Progress survey.

Back in March, CT shared 20 prayers to pray during the pandemic, asking God to heal and help the sick, protect vulnerable populations, and more.