Heaven and Hell: Americans Answer 20 Questions on Who Goes and What Happens 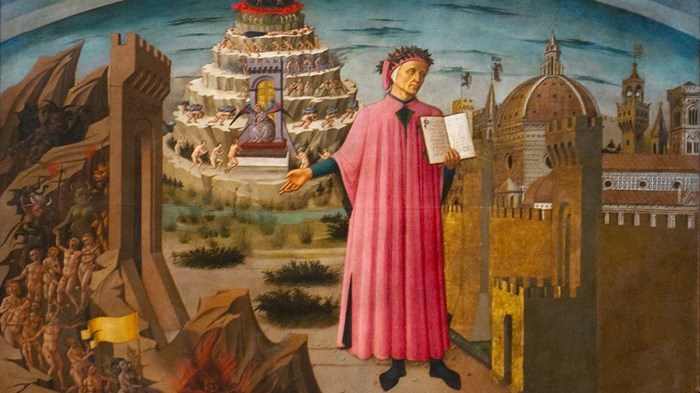 Image: lexan / iStock / Getty Images
"Dante and the Divine Comedy," a 15th-century painting in the Duomo cathedral in Florence, Italy.

Many American evangelicals love C. S. Lewis’s writings yet balk at his depiction in The Last Battle of Emeth, the soldier who gets to enter Narnia’s heaven despite having followed the god Tash and not Aslan the lion.

Yet such theological inclusivism (often misrepresented as universalism) is now supported by a quarter of evangelicals and a majority of mainline Protestants and Catholics, according to a new Pew Research Center survey.

Most Americans more or less believe that “hell is other people” (apologies to Sartre), according to Pew’s pandemic-inspired study, released today, on suffering and the problem of evil.

Yet when it comes to the actual hell and heaven, in the same survey Pew found “many Americans believe in an afterlife where suffering either ends entirely or continues in perpetuity.”

Today 73 percent of Americans believe in heaven while 62 percent believe in hell, similar to 2017 when Pew last asked the questions. 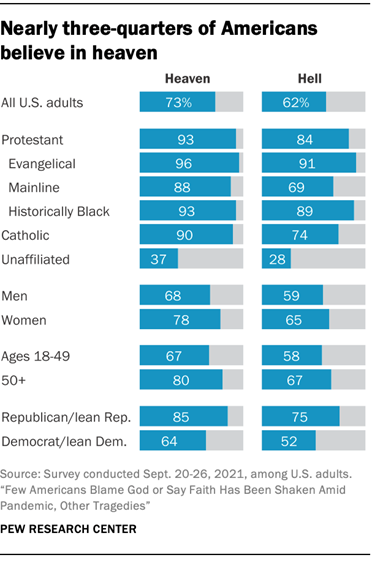 According to Pew researchers:

The vast majority of those who believe in heaven say they believe heaven is “definitely” or “probably” a place where people are free from suffering [69%], are reunited with loved ones who died previously [65%], can meet God [62%], and have perfectly healthy bodies [60%]. And about half of all Americans … view hell as a place where people experience psychological and physical suffering [53%] and become aware of the suffering they created in the world [51%]. A similar share says that people in hell cannot have a relationship with God [49%].

Four in 10 Americans believe those in hell definitely or probably can meet Satan.

Meanwhile on the fate of nonbelievers, Pew found support for inclusivism among Catholics was “far more likely” than among Protestants (68% vs. 34%), and especially evangelicals (21%). 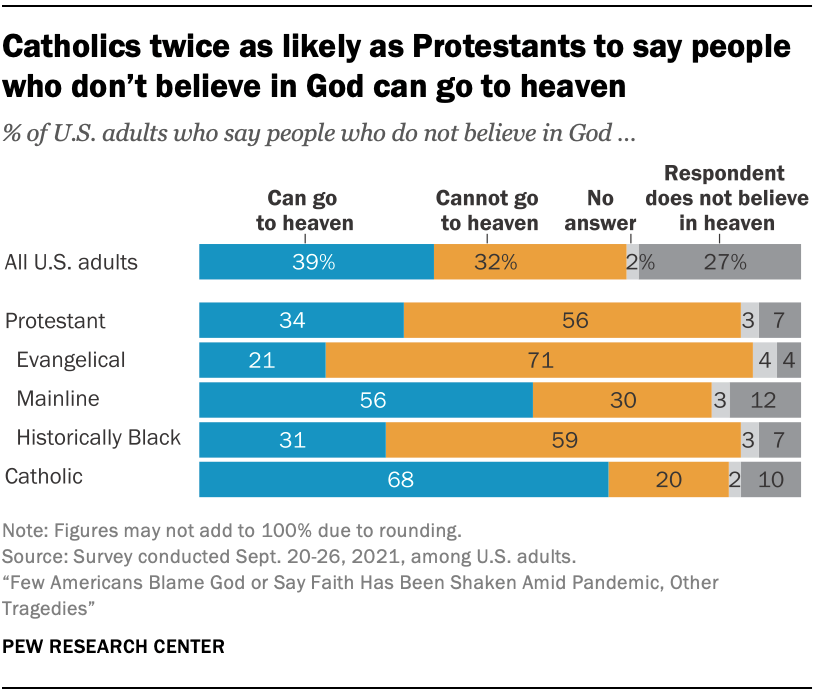 A related research question touched on universalism, though it asked Christian respondents to assess both “my religion” and “Christian religions.” As researchers described: 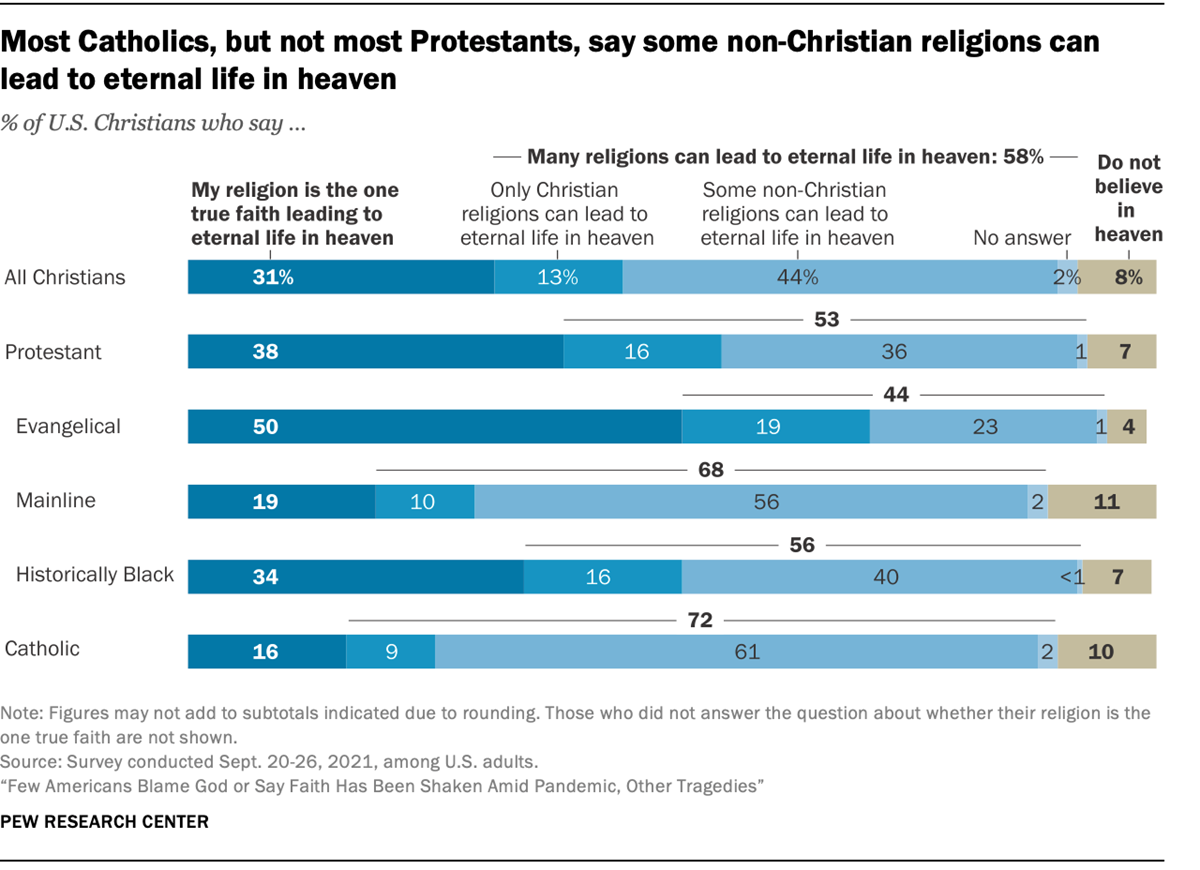 Here is how Americans describe what they believe heaven and hell are like: 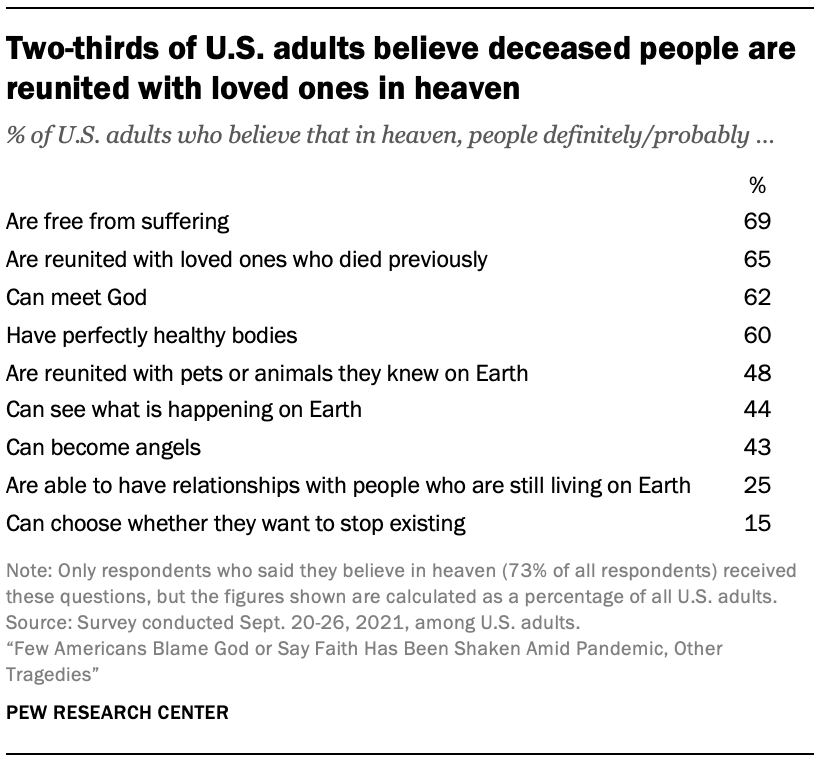 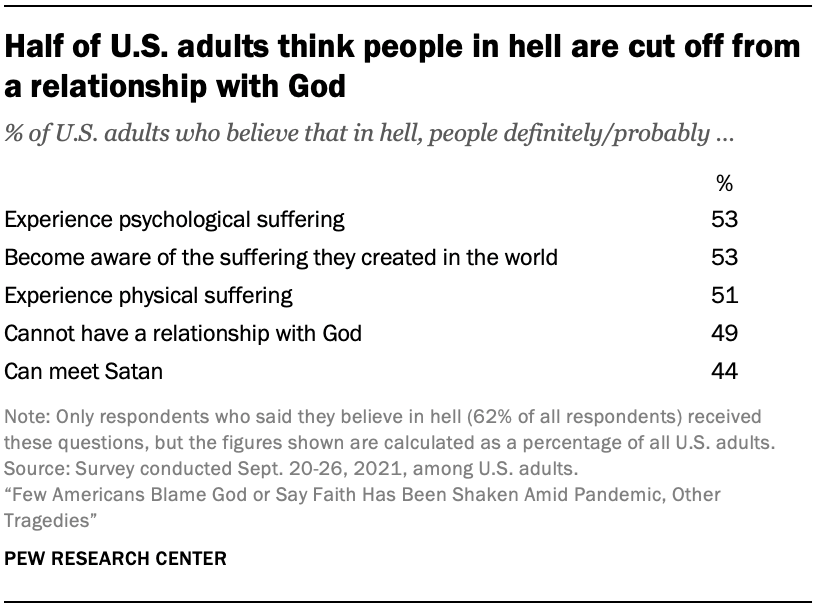 Other findings from the survey include: 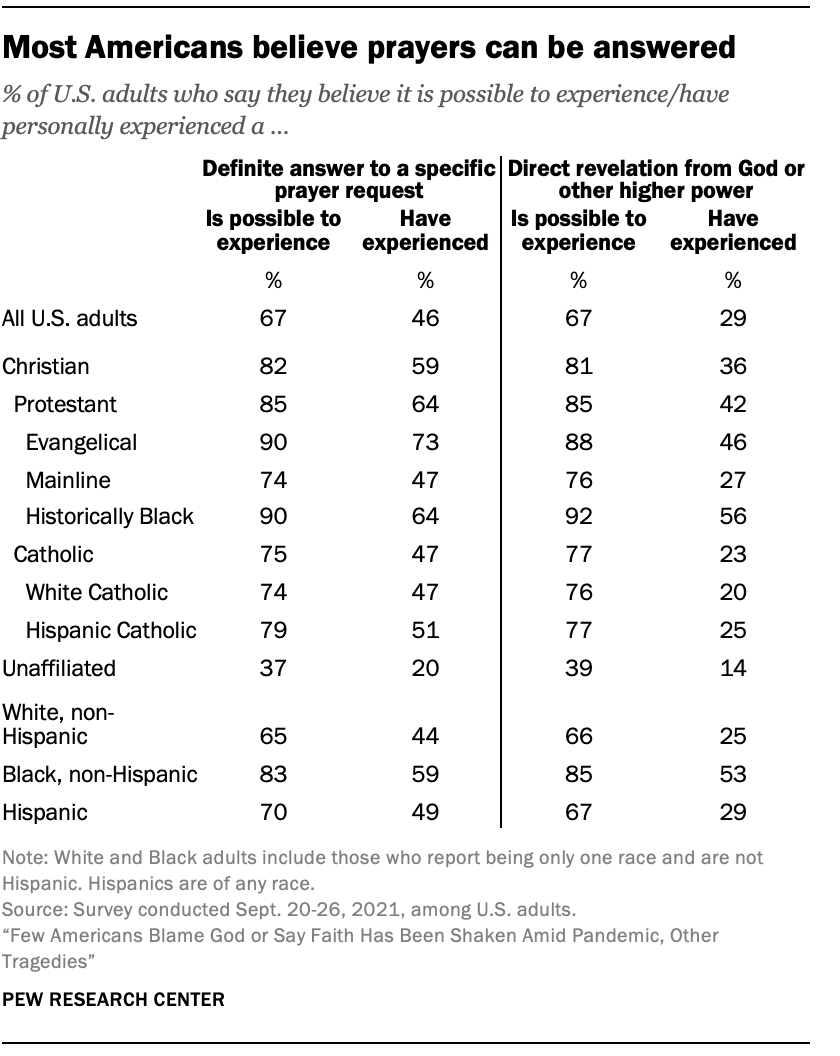 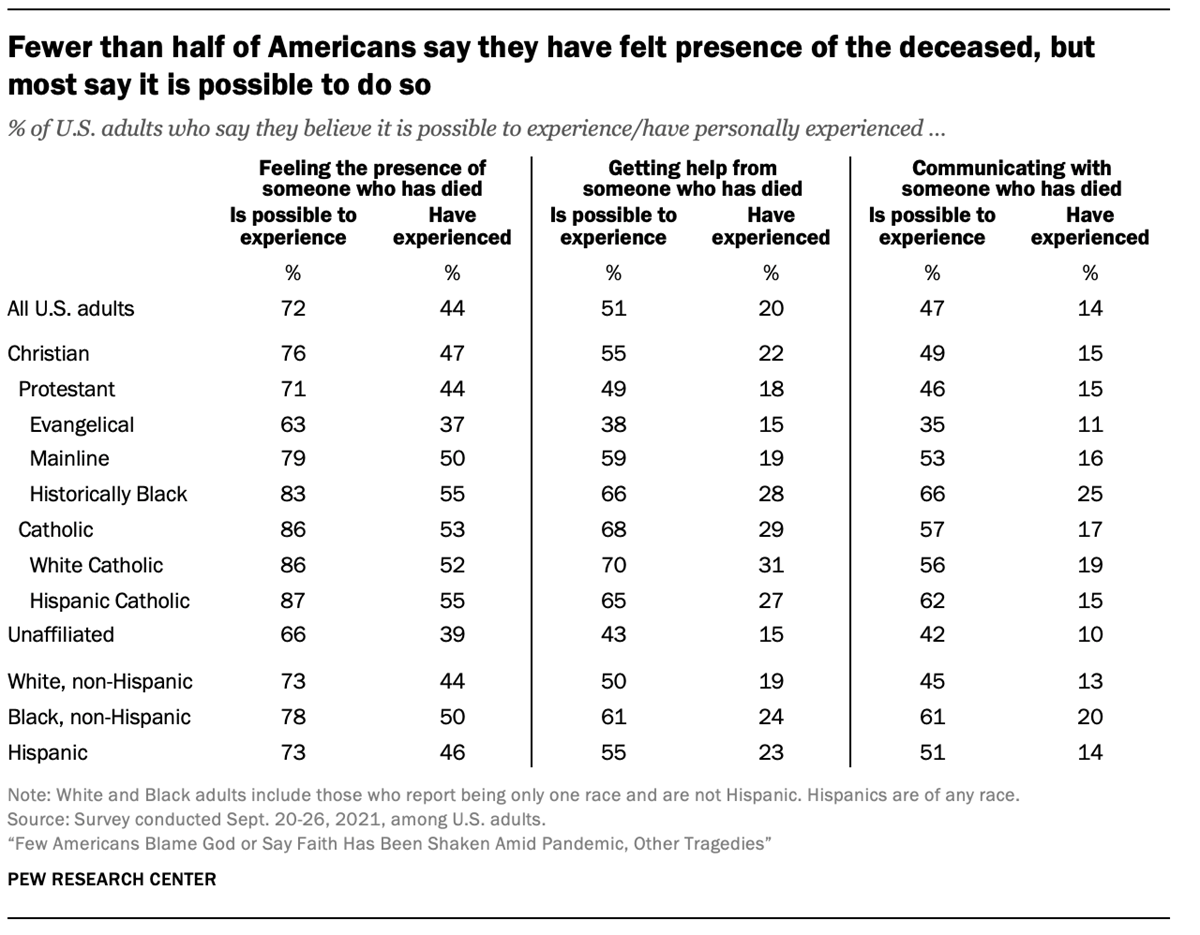 Among members of evangelical churches:

The religiously unaffiliated have nearly the same belief as evangelicals in all three, while mainline Protestants and Catholics report higher levels of belief in all three. Black Protestants are the highest: 55 percent have experienced the presence of the deceased, 28 percent have experienced help from the dead, and 25 percent say they have communicated with the dead.

Heaven and Hell: Americans Answer 20 Questions on Who Goes and What Happens