“He Gets Us,” an effort to attract skeptics and cultural Christians, launches nationally this month. But Christians still have questions about how the church markets faith.
Maria Baer|March 11, 2022 06:00 AM 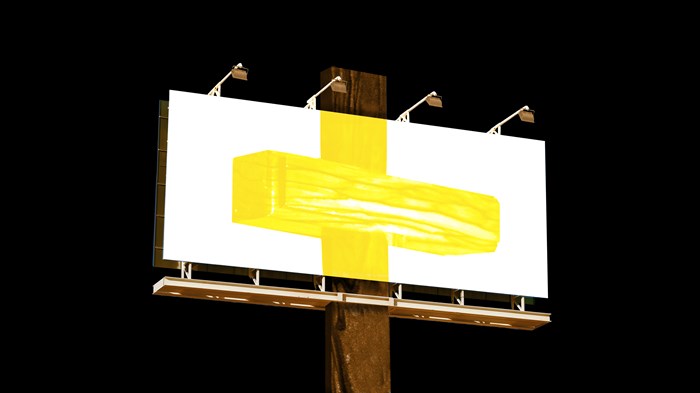 If you haven’t seen the commercials yet, you will.

This month, what is thought to be the biggest-ever Christian advertising campaign will go national. Television commercials, along with online ads and billboards, will target millennials and Gen Z with a carefully crafted, exhaustively researched, and market-tested message about Jesus Christ: He gets us.

Those behind the “He Gets Us” campaign say they’ll spend $100 million—donated by a small group of wealthy anonymous families—on the national launch, putting the campaign in the same financial arena as big-name brands like Old Navy, TD Ameritrade, and Mercedes-Benz.

The video ads, some of which are already garnering millions of views on YouTube, feature striking black-and-white photos and a stirring piano track. Made under the direction of Michigan-based marketing agency Haven, each ad focuses on an aspect of Jesus’ earthly experience with which today’s “the struggle is real” crowd might resonate: Jesus was judged too. Jesus had fun with his friends too.

The ads direct viewers to HeGetsUs.com, where they can choose four ways to engage: chat live, text for “prayer and positive vibes,” sign up to join a small group with Alpha, or click through to a Bible reading plan on the YouVersion app.

It might be the largest campaign of its kind, but “He Gets Us” is hardly the first time Christians have adopted secular media strategies for spiritual ends. From televangelism to God billboards to viral videos, every time technology advances, many Christians see new opportunities to share the gospel of Jesus. This time, though, it’s being branded by professionals and boosted with a big-bucks budget.

There’s a marketing term for when someone who views an ad ultimately buys the product: conversion. Christians have another definition for that word: turning a life over to Jesus. It’s this tension between “selling” and “converting” that prompts some Christians to object to deploying business strategies in church or using the secular marketing playbook to promote Christianity.

“A lot of churches don’t use the ‘M-word’ when referring to marketing,” said Haley Veturis, a digital communications expert who’s worked with some of the biggest ministries in the US. But marketing “is exactly what they’re doing,” she said, whenever they serve their communities or invite people to a worship service.

Veturis, former social media manager for Saddleback Church, now runs the firm digifora with partner Justin Brackett, former marketing consultant for Lakewood Church. The two agreed that if evangelism is just marketing by another name, then whether churches have megachurch-size budgets or not, they’re always focusing some energy on marketing. It’s how they do it that often creates tension.

When firms like theirs encourage clients to “distinguish” their church from others or when they begin to advertise through billboards and online banners, it can weary some Christians. Marketing skeptics view such strategies as blurring the lines between sharing the gospel and “productizing” the church, as Brackett put it. They worry such ads could be seen as nothing more than luring future tithers into local pews.

The creators of He Gets Us say this is a strength of their particular campaign: It can’t be misunderstood as promoting a single congregation, because churches all over the country and across denominations are involved. The campaign partnered with Gloo, a company that specializes in using data to help churches, to help answer the calls and texts for prayer and recruit congregations to receive visitors who click for more information on HeGetsUs.com.

In an ad created by Gloo to recruit churches for that effort just before Christmas last year, a narrator asks, “What if, instead of all these consumer ads, Jesus was the biggest brand in your city this holiday?”

Decades after Canadian philosopher Marshall McLuhan introduced the idea that “the medium is the message,” some Christians object that treating Jesus like a consumer product could encourage non-Christians to treat him the same way once they get to church.

“The story of Jesus … doesn’t need to be sold, but it is worth sharing,” said Brad Abare, who used to run Church Marketing Sucks, an online resource that explored the tension Christians faced in differentiating evangelism from sales.

Since the “product” of the gospel message is transformation, people’s testimonies—their actual changed lives—advertise for themselves.

“Jesus knew the best way to spread the word was to live a life worth following,” Abare said. “So while the He Gets Us campaign is admirable for its intent, it does make me wonder that if we had more followers of Jesus worth following, what else we could put $100 million to work doing?”

The $100 million for He Gets Us comes from The Servant Christian Foundation, a nonprofit backed by a Christian donor-advised fund called The Signatry. (Both declined to name the donors who helped envision and pay for He Gets Us, who want to remain anonymous.)

Donor-advised funds are popular with evangelical investors who want to make large gifts without setting up their own private foundations. Wealthy clients invest with The Signatry, which will then either manage the money in an investment fund or help them find nonprofits to support. So far, The Signatry has given away over $3 billion from Christian philanthropists.

Last year, The Servant Christian Foundation approached Bill McKendry, founder and chief creative officer at Haven, concerned that too many young Americans are leaving Christianity and that more people were growing hostile toward faith. Their idea: a national media blitz for Jesus at a scale that no single church could afford.

McKendry said approaching American Christianity’s image problem with business savvy is what Jesus would have done. “[Jesus] crafted his language and his storytelling to resonate with people,” he said. “He told agricultural stories to farmers. He told fish stories to fishermen. … This culture is immersed in media, and we’re using media to reach them for Christ.”

Haven, which has run ad campaigns for Christian brands like Focus on the Family, Alliance Defending Freedom, and American Bible Society, came up with—to put it in marketing terms—a “problem statement” that their campaign would answer: “How did the world’s greatest love story in Jesus become known as a hate group?”

The project began with six months of market research, including online and telephone surveys, to try to learn more about what McKendry calls the “movable middle.” Their research found that over half of American adults are religious skeptics or cultural Christians—people who believe in Jesus but don’t have an active relationship with him.

Prior to the national campaign, which will run through the end of the year, He Gets Us had a two-month test launch in ten cities in late 2021. During that time, it led 17,000 people to engage with the site’s offers to chat, join an Alpha group, or start YouVersion’s Bible reading plan. More than half of those who clicked through to begin YouVersion’s seven-day reading plan went on to complete the full week.

Steve French, president and CEO of The Signatry as well as The Servant Christian Foundation, said he hopes the campaign has an impact like the 1979 movie Jesus, which was created as an evangelism tool by Campus Crusade for Christ (now known as Cru). The film made a blip at the box office, but according to the Jesus Film Project, it has since been seen by 5 billion people and translated into over 1,000 languages. By 2004, The New York Times suggested it might be the most-watched and most-translated movie of all time.

So far, hundreds of churches have signed up to respond to people who fill out connect forms on HeGetsUs.com. Scott Beck, CEO of Gloo, which is running that digital infrastructure, said he expects many more churches will join when the campaign launches nationally. There is no theological criteria or statement of faith that churches must adhere to in order to take part.

“We hope that all churches that are aligned with the He Gets Us campaign will participate,” said Jason Vanderground, president at Haven. “This includes multiple denominational and nondenominational church affiliations, Catholic and Protestant, churches of various sizes, ethnicities, languages, and geography … ultimately, the goal is inspiration, not recruitment or conversion.”

That goal has made the ads somewhat controversial even apart from church marketing concerns. McKendry at Haven said some Christians have criticized the ads, saying that by emphasizing a God who “gets us,” they don’t give a full picture of Christ’s deity. (Some YouTube commenters, for example, took issue with a video released before Christmas about how “Jesus was born to a teen mom.”)

The criticism carries echoes of a longstanding rift among evangelicals: Does becoming “seeker sensitive” risk watering down the gospel?

“The church needs to understand that this campaign isn’t for them, it’s for Jesus,” McKendry said. “It’s to reach an audience we’re not currently reaching.”

But even bringing someone into the doors of a church isn’t necessarily “enough,” said Jason Daye, who formerly worked as a vice president at Outreach, which creates marketing materials for churches.

“The goal [of marketing] shouldn’t just be to get a bunch of people to show up,” Daye said. “If that’s your goal … then you’re missing out on the bigger piece of what we’re called to do. And that is to build those relationships that lead people to Jesus.”

McKendry said He Gets Us has the same goal; they’re just playing the long game.

“Is the goal that people become Christians? Obviously,” he said. “But more importantly for now … we need to raise their level of respect for Jesus, and then they’ll move.”

Despite disagreements about tactics or even the content, the He Gets Us team is confident that they’re starting where every successful ad campaign starts: with a good product. Market research, McKendry said, found skeptics were more likely to be convinced their values lined up with Jesus’ than with other religious figures like Mohammad or Buddha.