When Joanna Ng told her boss of her father’s death, he said, “Your dad must be proud.”

But Ng had tried to keep her work and her family life separate. “At that moment,” she said, “it dawned on me that I never told my dad what I was working on, because I knew that it was not a way to earn a brownie point from him.” 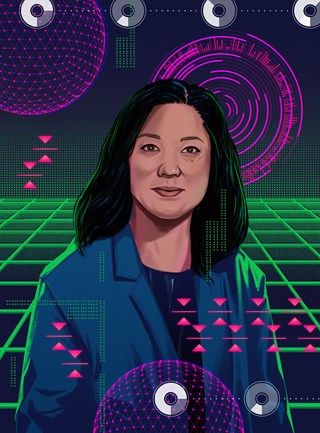 In the view of her traditional Chinese family, she wasn’t supposed to find a career. Ng’s parents sent her to university to find a well-educated husband. She only took computer science courses as electives, not thinking she’d be good at them. Then she realized “God wired me for this field.”

Ng finds commonality with other women from similar cultural backgrounds. “I had to reject the female role that my family put upon me and willfully accept the role that God had for me in his divine destiny. That took a lot of years until I was comfortable in my own skin.”

Ng spent 35 years working for IBM and has been granted 44 patents under her name—notable because in the last 10 years, only 4 percent of patents list a woman as the sole inventor. “I am proud of my patent portfolio because it is my testimony of my journey of co-creating with God through the Spirit,” she said, referencing Jeremiah 33:3.

In 2018, Ng left IBM to start her own company. Using artificial intelligence, she hopes to create technology that takes virtual assistants, like the Alexas and Siris of today, beyond their passive functionality of today (you still have to ask them a question for them to work). She sees a world where Alexa helps health care workers with large caseloads monitor patients’ vitals and prioritize tasks.

To her, AI is nothing to be feared but should be used wisely—a message she shared at a Lausanne Network meeting last year in Manila.