The South Carolina supreme court ruled that the Anglican Church in North America must return 14 of 29 parish properties to the Episcopal Church. The congregations split from the Episcopal Church in 2012, taking about $500 million in church properties with them, after a general convention voted to allow blessings of same-sex unions. The state court ruled in favor of the breakaway congregations in 2017, but the decision was appealed. On second look, the court decided 14 of the disaffiliated parishes had agreed to a 1979 bylaw that said they held their property in trust for the denomination.

The Tennessee Bureau of Investigation is looking into the death of a 42-year-old woman who was suing a sheriff’s deputy for forcing her to get baptized. Shandle Marie Riley was pulled over in a traffic stop in 2019 and told deputy Daniel Wilkey she had a marijuana cigarette with her. She claims the deputy then offered her a choice: arrest or baptism. Riley chose baptism. The religious ritual was filmed by a second deputy. Riley later sued, claiming the law enforcement officers violated her freedom of religion. A Tennessee judge ruled in April that her lawsuit could go forward. One week later, Riley was found dead. Wilkey has also been accused of strip searching people on the side of the road and faces multiple civil lawsuits and criminal charges in Chattanooga. 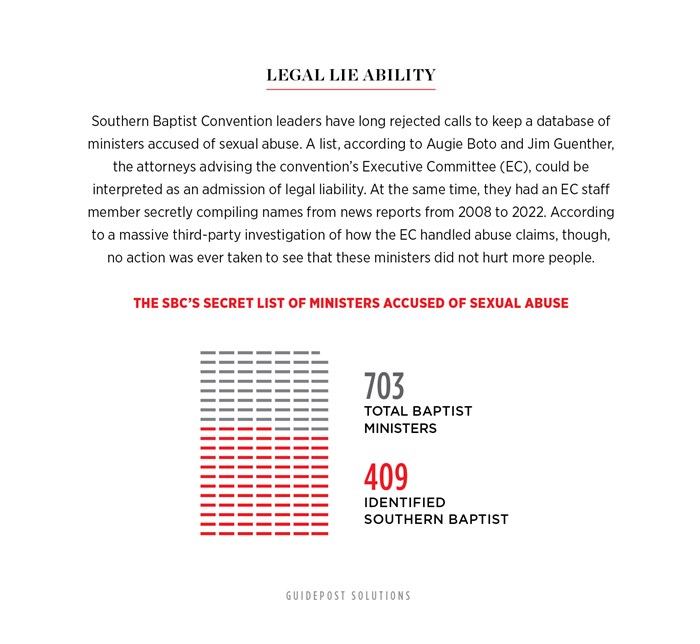 The Confraternity of Pastors of Evangelical Churches of Ocoa is calling for police reform in the province capital after a 32-year-old man died in police custody. Medical personnel initially said José Gregorio Custodio was killed by a police beating but later changed their assessment and said the bruises on the dead man’s body were caused by an allergic reaction. “After a citizen has been arrested, you should not mistreat him and even less kill him,” said pastor Andrés Febles.

The Tobago government is investigating the finances of an Assemblies of God high school that shut down suddenly. The Pentecostal Light and Life Foundation High School closed in April, one day after the start of the school term, with 23 of the school’s 27 teachers leaving the premises because of concerns about the condition of the building. Two other schools were similarly shut down, one Catholic and one Seventh-day Adventist, and they will also be investigated. The Assemblies school receives the equivalent of about $88,000 from the government per term, some of which is supposed to fund the maintenance of the building. The director of the school said these are ongoing issues and criticized the secretary of education for publicizing her concerns on social media.

France: Religious liberty needs to be watched ‘like milk on the fire’

French evangelicals have asked President Emmanuel Macron to prioritize religious liberty in his second term. Thierry Le Gall, a member of the National Council of Evangelical Christians in France, said, “Freedom of religious expression needs to be watched like milk on the fire” because recent laws targeting Muslims have moved the nation “from a republican pact of tolerance to a policy of surveillance of religions.” Polling shows the majority of evangelicals supported Macron over his national conservative opponent Marine Le Pen. Macron is an agnostic.

The European Court of Human Rights has ruled Swiss authorities did not properly assess the risk facing a Salvation Army convert if he were deported back to Pakistan. They looked at the persecution of churches, but not at the risks to individual converts. European governments have struggled to develop a workable system for evaluating the legitimacy of asylum seekers’ conversions.

Nigerian actor Yul Edochie announced his marriage to a second wife, prompting a national debate about polygamy. Reno Omokri, a former aide to President Goodluck Jonathan and an independent minister, said that in Scripture many godly men are polygamous and the practice is only forbidden for bishops and elders. African acceptance of the “Western construct” of monogamy has led to social acceptance of adultery and same-sex marriage, he argued. Kingsley Okonkwo, a pastor who frequently addresses relationships, countered that while some men in the Bible had more than one wife, it is clear from Scripture that that was never God’s plan for marriage.

Busloads of ultra-Orthodox Jews attended the funeral of an Arab Christian police officer, honoring him as a “hero of Israel.” Amir Khoury, 32, rushed to the scene of a terrorist shooting in the city of Bnei Brak, near Tel Aviv. He and his partner exchanged fire with a 27-year-old Palestinian who was reportedly angry a female relative had been attacked by settlers. The Palestinian and Khoury were both killed in the shootout. Christians in Israel have recently clashed with authorities. Some claim the government doesn’t want them in the country.

South Korean Christians donated $1 million to help Ethiopian and Ukrainian Jews immigrating to Israel. The money will go to the Jewish Agency for Israel and was organized by One New Man Family, a ministry that aims to bring Jews and Gentiles together to “celebrate the Second Coming of Christ,” according to its website. Most Korean Christians believe that the church is the new Israel, but pastor Eun Soo Seol—also known as Pastor Joshua—wants to persuade them to “see Israel as Israel in the Bible.”

[ This article is also available in español,  Português, and Français. ]

@Danielsilliman
This article is from the Jul/Aug 2022 issue.