Take a look at the carols you sing this season—you'll find a nice primer on Christology. For starters, name these tunes:

"God of God, and Light of Light begotten, Lo, He abhors not the Virgin's womb; Very God, begotten, not created"

"King of kings, yet born of Mary, As of old on earth He stood, Lord of lords, in human vesture, In the body and the blood"

"Jesus is our childhood's pattern, Day by day like us He grew; He was little, weak, and helpless, Tears and smiles like us he knew"

"O that birth forever blessed, When the Virgin, full of grace, By the Holy Ghost conceiving, Bare the Savior of our race"

"Veiled in flesh the Godhead see; Hail the incarnate Deity"

For most of us, Christmas carols evoke warm memories, but the concepts they communicate were refined in often fiery debates. On December 7, 430, one man's views on "the incarnate Deity" earned him a condemnation from Cyril, archbishop of Alexandria. He was later deposed and exiled by the emperor following the Council of Ephesus. But just how heretical Nestorius's views really were is open to some debate.

During the fourth century, two rival concepts of the Incarnation arose. The school of thought centered in Alexandria focused on Christ's divinity; the school centered in Antioch, Nestorius's home base, emphasized Christ's humanity. The Alexandrian side lobbed a heresy into play when the Venerable Bishop Apollinarius (c. 310-c. 392) suggested Jesus's human mind and will were completely subsumed by his divinity. This idea was refuted by the Council of Constantinople in 381. The Antiochene camp produced its own heresy a few decades later when Nestorius, an outspoken and abrasive ... 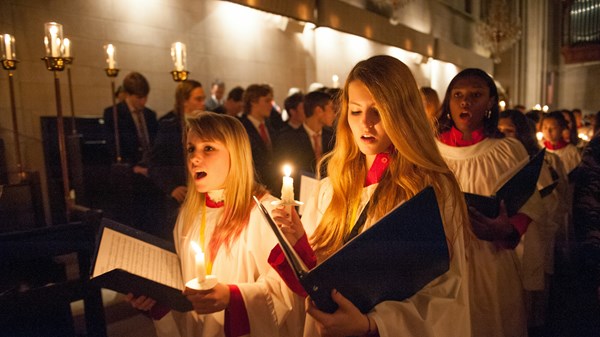