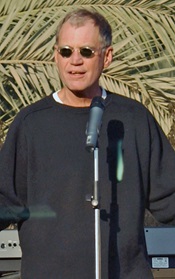 We moderns (and even we postmoderns) love top-ten lists. David Letterman has even managed to prop up a wilting career by providing one daily.

This list reaches fearlessly into the land of the oxymoron - you know, those lovely self-contradictory statements: "jumbo shrimp," "airline food," "Microsoft Works™." The oxymoron for today: "Hot issues in history."

That was the topic put to me a couple of years ago when my seminary's sister undergraduate institution, Bethel College, was looking to spiff up the Christian history content of its Western Civ course. Would I come talk to the course's cadre of professors about what's "new and exciting" in this field of history? So I took my best shot.

I can't say my colleagues in the guild of Christian historians are staying awake nights wrestling with any of the following 10 issues. But these are all matters that I've recently seen discussed - some of them with some heat - by historically conscious evangelicals. If there is a theme to the list, it is this: How does our history define us, and how should it?

1. Should we uncover and renew "lost Christianities" that early believers found valid (i.e. Gnostic options, Eastern Christianity), but were "squeezed out" for various political as well as theological reasons? See for example Christian History & Biography Issue 96: The Gnostic Hunger for Secret Knowledge, Philip Jenkins, The Lost History of Christianity.

2. Have Roman Catholics always believed in justification by grace through faith alone? This is one historical component of Mark Noll and Caroline Nystrom's modern question: "Is the Reformation over?"

3. Should conservative Protestants in today's fragmented postmodern world recover a role for tradition alongside Scripture? See for example D. H. Williams, Evangelicals and Tradition and, for engagement along more specific lines, Ancient Faith for the Church's Future, ed. Mark Husbands and Jeffrey Greenman.

4. More generally, did the Reformation - as modern Catholic critics have claimed - destroy medieval theological and social ideals that we desperately need to reclaim in the modern church? See not only Catholic writers such as G. K. Chesterton (his "distributism," with Hilaire Belloc - on which see this article) and Christopher Dawson (e.g. Religion and the Rise of Western Culture), but also Anglicans such as C. S. Lewis (e.g. The Discarded Image), Charles Williams (his "affirmative way" and "romantic theology"), and Dorothy L. Sayers (who insisted that what the world needed now was Dante - see especially the marvelous intellectual biography by her friend Barbara Reynolds, The Passionate Intellect).

6. Was Celtic Christianity a purer, gentler mode of faith that can be used as a template to correct all of the problems in the modern church? See for example the discussion of this in Robert Webber's Younger Evangelicals.

7. Is some sort of "new monasticism" a good idea? See for example this article, or Jonathan Wilson-Hartgrove's New Monasticism.

8. Has evangelicalism, as historians like Donald Dayton and theologians like the late Stanley Grenz have claimed, been too narrowly defined in terms of a Reformed heritage - and do we need to rediscover Pietist and/or Wesleyan roots if we are to move forward in the postmodern world? See Stanley Grenz, Revisioning Evangelical Theology.

9. Is there anything in American evangelical history or theology that should legitimately prevent us from reclaiming (1) ecumenism and (2) social action as our own crucial concerns and arenas for action? See James S. Cutsinger, ed., Reclaiming the Great Tradition: Evangelicals, Catholics & Orthodox In Dialogue, Donald Dayton, Discovering an Evangelical Heritage.

10. Have Christian faith and science been always and fundamentally at odds? See the work of David Lindberg, especially his introduction and first two chapters of David Lindberg and Ronald Numbers, ed., When Science and Christianity Meet, along with the interview with Lindberg in Christian History Issue 76: The Christian Face of the Scientific Revolution.

So, what thinks the blogosphere? Are these really "hot issues" today? Where, beyond my brief bibliographic suggestions, are these issues being discussed most helpfully? What obvious issues did I miss in this list?

I look forward to hearing from folks on this - because after all, that's what a blog's for: to foster conversation.