Champion of the social gospel 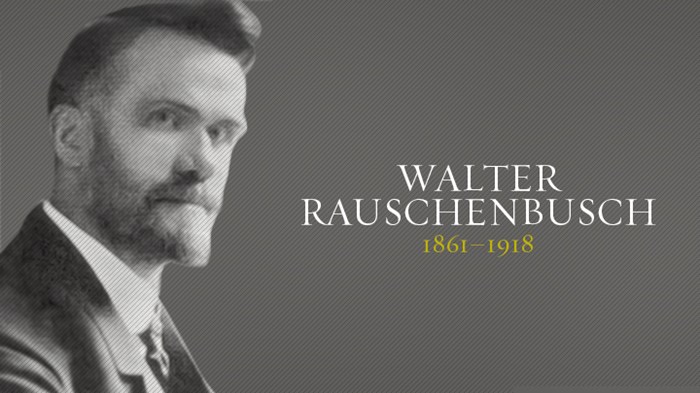 "Christ's conception of the kingdom of God came to me as a new revelation. Here was the idea and purpose that had dominated the mind of the Master himself … I found … this new conception … strangely satisfying. It responded to all the old and all the new elements of my religious life."

It was the hottest selling religious book for three years after it was published in 1907; all told, some 50,000 copies were sold. More important than popularity was impact. As nationally known New York preacher Harry Emerson Fosdick put it, the book "struck home so poignantly on the intelligence and conscience … that it ushered in a new era in Christian thought and action."

The book was Walter Rauschenbusch's Christianity and the Social Crisis, and the book catapulted Rauschenbusch and his "social gospel" into the nation's consciousness, a message he had been honing for some 20 years, since his first pastorate.

Rauschenbusch was born in Rochester, New York, to a Lutheran-missionary-turned-German-Baptist. "I was brought up in a very religious family, and I thank God for it," he said. "We had household religious service every day." After a period of rebelliousness in youth, he said, "I came to my Father, and I began to pray for help and got it. I got my own religious experience." Though he later interpreted this conversion experience through the lens of theological liberalism, he valued this "tender, mysterious experience," as he called it, his entire life.

He was schooled in Germany and then the United States, and after a vocational struggle, he decided: "It is now no longer my fond hope to be a learned theologian and write big books," he wrote at the time. "I want to be a pastor, powerful with men, preaching to them Christ as the man in whom their affections and energies can find the satisfaction for which mankind is groaning."

In 1885 he became pastor of the Second German Baptist Church in New York City, located at the edge of a depressed area known as Hell's Kitchen. Here the young pietistic pastor confronted unemployment, poverty, malnutrition, disease, and crime. "Oh, the children's funerals! they gripped my heart," he later wrote. "That was one of the things I always went away thinking about—why did the children have to die?" He immersed himself in the literature of social reform and began to participate in social action groups.

Slowly his ideas took shape. He had come to the pastorate "to save souls in the ordinarily accepted religious sense" but not all the problems he confronted could be addressed in this way. Though his friends urged him to give up his social work for "Christian work," he believed his social work was Christ's work.

Rauschenbusch sought to combine his old evangelical passion (which he never abandoned) with his new social awareness. He adopted critical approaches to the Bible and identified himself with liberal theologians like Albrecht Ritschl and Adolf Harnack. The kingdom of God became the theme by which he pulled together his views on religion and science, piety and social action, Christianity and culture. "Christ's conception of the kingdom of God came to me as a new revelation," he wrote. "Here was the idea and purpose that had dominated the mind of the Master himself … I found … this new conception … strangely satisfying. It responded to all the old and all the new elements of my religious life."

Rauschenbusch was an optimist. He never believed society could become perfect, but he saw humankind as progressing swiftly toward the kingdom. He embraced socialism but not as an ideology; he simply felt that socialists generally had the most practical answers to the social questions of his day.

He worked out the implications of new thinking with a group of other young Baptist ministers in the Brotherhood of the Kingdom, which met annually (and eventually included many of the nation's leaders in its ranks). In 1897 he joined the faculty of his alma mater, Rochester Theological Seminary, and was able to read and lecture more deeply on social themes. When Christianity and the Social Crisis was published, his ideas reached a larger audience.

During the last ten years of his life, further writings followed (Christianizing the Social Order, A Theology of the Social Gospel, and his most widely circulated work, The Social Principles of Jesus), as well as constant speaking engagements. He impressed audiences and readers alike with his economy of words, illuminating metaphors, fairness toward those with whom he disagreed, and a disarming sense of humor (some of it pointed at himself).

He loved Germany, hated militarism, and was deeply troubled by the outbreak of World War I. As patriotism swept the U.S. and all things German became repulsive, Rauschenbusch's popularity declined, and even more when, after the war, liberalism came under attack by neo-orthodox thinkers like Karl Barth and Reinhold Niebuhr.

Though subsequent historical events showed Rauschenbusch to be overly optimistic, he still towers above other advocates of the social gospel. "His writings," said Martin Luther King, Jr., "left an indelible imprint on my thinking," and his understanding of the kingdom of God continues to appeal to those who want to combine evangelical passion with social justice.